P&G and Pepsi Agree on One Thing: 'There's a Lot of Crap Content'

Top marketers at Procter & Gamble Co. and PepsiCo agree on one thing: "There's a lot of crap content out there," as P&G Global Brand Officer Marc Pritchard put it. But in an unusually blunt and often funny panel discussion on the Cannes Lions Beach hosted by the Economist on Tuesday, they parted ways on some key industry issues – such as the role of procurement. 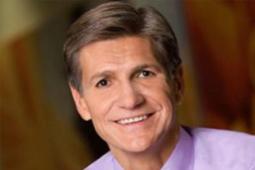 One point of possible overlap: PepsiCo President-Global Beverage Group Brad Jakeman wants his new content studio to make stuff so good media companies will pay for it, helping bankroll brands' marketing budgets. Mr. Pritchard has no desire to open a content studio and prefers to call what he does advertising, but he'd be happy to buy ads on Pepsi's programming if it's good.

Mr. Pritchard included some of P&G's own content in the "crap" category, including a graveyard of too many videos with "three or four views."

Mr. Jakeman reiterated some of the dissatisfaction with ad agencies outlined in an October Association of National Advertisers conference address. But he did say that because agencies' biggest beef with his company had to do with procurement increasingly running the relationship, PepsiCo essentially disbanded marketing procurement and put the job back in the hands of brand managers.

"The quality of the dialog we had with our agencies was exponentially improved," Mr. Jakeman said. "They saw us responding to an issue they had and understanding that they had to make money."

Clients often act like "agencies are these not-for-profit CSR organizations," he said. "We don't realize that for the most part they are held by publicly traded companies just like ours. They have margin commitments to hit just like we do." Their natural response to fee cuts it to put more junior people on the accounts, he said.

Mr. Pritchard, asked by an audience member about the fairness of marketers stretching out payment terms to agencies to as long as 120 days (P&G is now at up to 75), drew laughs when he said: "I'd like to let procurement handle that one."

More seriously, he said the payment terms should be considered in the broader context of the full value of deals with agencies. Mr. Jakeman, even sans procurement department, said it's important to distinguish small and possibly cash-strapped individuals working with his new content center from huge agency holding companies on the payments issue.

The Cannes International Festival of Creativity can be deceptive, Mr. Pritchard said, "because we see the top tenth of 1%" of the world's creative output. "Because of all these technologies out there, a lot of people are going out there and producing, ourselves included, a lot of crap," he said. "Just because you can, doesn't mean you should."

That flood of crap has helped spur ad blockers, Mr. Pritchard said. "But he also pointed to such players as Facebook, Instagram and YouTube that are "doing a good job of creating a good user experience, which then really forces us to raise the bar in terms of the quality of our advertising."

Mr. Pritchard urged agencies, clients and media "to raise the bar on creativity."

Mr. Jakeman believes he can do that by making content himself – and that's where his talk took a decidedly less agency-friendly turn.

"I've been shocked at how many media platforms are coming to us to produce content for them, which we can then syndicate," he said. He said he owes the company's new content center, in part, to motivation provided by an agency executive he declined to name who told him the idea would never work because marketers like PepsiCo can't attract creative talent.

He said the idea was not to disrupt the agencies' business. "There are a lot of other infrastructures just doing a great job of that," he said. "I've been asking the agency industry now for years, for years, to evolve their model so they can do that. And they haven't so we've done it ourselves."

The content studio won't replace agencies, he said. "We value our agencies. They have a very specific role to play in the process."

As the two men were raining down sometimes blunt quips on the beach, far more restrained AT&T Global Marketing Officer Lori Lee was between them. She had little criticism for the industry, but did point to some things AT&T is doing well and could do better.

She cited a program to pay AT&T's 280,000 employees for good ideas that led, for example, a call-center employee to suggest what became the "Drive Mode" feature of a texting app that automatically tells people when you can't respond because you're driving.

On the other hand, she said AT&T could do a much better job of using all the data at its disposal to target messages better to segments rather than using mass-media "spray and pray" approaches.