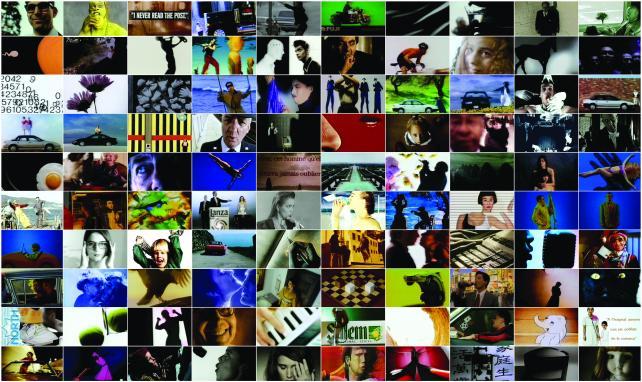 Each year, one of the most heavily guarded secrets of the Cannes Lions International Festival of Creativity is the opening presentation of the Saatchi & Saatchi New Directors' Showcase. The event continues to be one of the week's biggest draws. It plays to overflow crowds, not just because it presents the most promising directorial talent, but also for its blood-pumping live intro shows that have included such spectacles as flying robots, a hologram of the showcase's late founder and legendary creative Paul Arden, and a sound and visual feast controlled by the mood of the audience.

But this year, to celebrate the showcase's 25th anniversary, Saatchi has broken tradition by announcing what that opener will be prior to the big day.

Since it was introduced in 1991, the New Directors' Showcase has introduced the ad world to many talents who have gone on to do big things in commercials and well beyond -- directors Daniel Kleinman, Jonathan Glazer, Spike Jonze, Michel Gondry, Floria Sigismondi, Dougal Wilson, Jake Scott and more. So Saatchi has tapped 25 of those directors -- what Saatchi refers to as the "Illuminati" -- to create a new, experimental film to open this year's event, according to Saatchi's Worldwide Director of Film and Content and NDS Curator Andy Gulliman.

"There's a lot to live up to," he said. "The archive is amazing and from looking back at that, we decided to ask some of those people who have been new directors to help us celebrate this year by creating a one-of-a-kind experiment in film." Each director will be contributing one minute of content, but Mr. Gulliman won't reveal full details. It's not clear whether the film will be a single story or a series of them.

Until the show debuts in Cannes at 10 a.m. on June 25, Saatchi has been counting down the days with a special site celebrating New Directors' Showcase talents of the past, specifically those who will be creating the opening film. It features those directors' films that originally appeared in the showcase, such as Michel Gondry's "Drugstore" ad for Levi's 501 jeans, Jonathan Glazer's short film "Mad" and Ringan Ledwidge's "Self Defence" spot for Volkswagen Polo.

But to honor the many others who have appeared, Saatchi has also created a book showing images from all the showcase films over its 25 years. "What is so special about this year is that we are reminding everybody of the quality of talent we've been lucky to feature," Mr. Gulliman said.