Is Trump Better at Marketing Than Everyone in Cannes? | Ad Age
Skip to main content
Sign In Register

Is Trump Better at Marketing Than Everyone in Cannes? 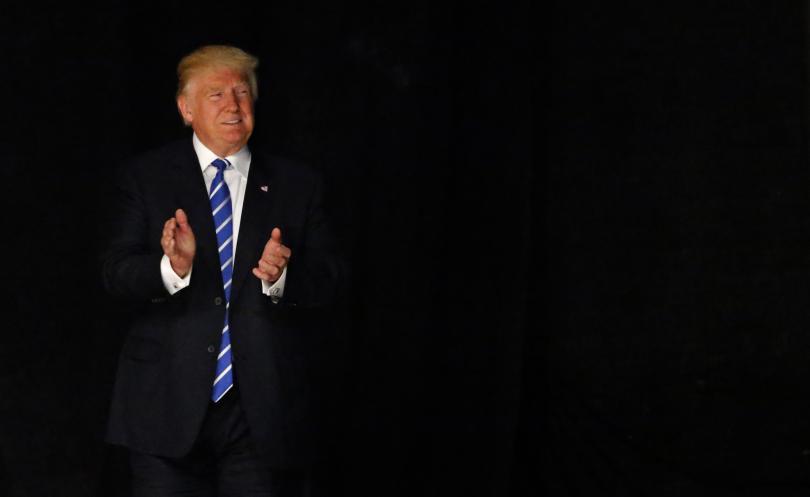 Considering the constant chatter in Cannes about Brexit and Donald Trump, it was a mild shock that today's "Creativity on the Stump" presentation started out not with The Donald, but with a clip from "SNL" of Larry David doing Bernie Sanders.

But it wasn't long before Mr. Trump began to dominate the conversation. For an American audience, there wasn't much new to take away from the discussion. In short, Donald Trump is one of the top two candidates for commander in chief thanks to his "authenticity" on social media and his $3.3 billion worth of earned media.

But as Carrie Budoff Brown, managing editor of Politico's European Edition, said, now that we're practically in the general, the "rubber's about to hit the road" as the Hillary Clinton campaign bombards Mr. Trump with ads and his "strategy is going to be tested."

Maybe. That added qualifier is a subtle reminder that pretty much everyone in the political prognostication business has been unsettled by just how wrong they've been about Mr. Trump. And Mr. Sanders, for that matter.

The Bernie campaign was credited with the best of what would traditionally be called creative. His team is still getting mileage from the "America" ad that broke just before the Iowa caucus and Don Baer, worldwide chair-CEO of Burson Marsteller and moderator of the discussion, called it the most positive ad since Ronald Reagan's "Morning in America."

Ms. Budoff Brown pointed out, though, that the soundtrack for the spot did most of the lifting -- and likely could have worked with a number of candidates.

What might not be working is the traditional way of going about things, of planning every little moment. According to John Harris, co-founder, publisher and editor-in-chief of Politico, the campaigns that are succeeding are doing "jazz improv." Pointing to Mr. Trump, he added, "Not only do we not know what's coming out of his mouth … his campaign doesn't either."

He also had this to say. "Better than anyone at Cannes, Donald Trump knows how to market -- at least one product."

Trying to link the political world to the marketing world, Mr. Gensemer painted the Clinton campaign as the lumbering legacy company and Mr. Trump's as the nimble startup.

"Despite all the heated rhetoric there's still an organizational story to be told," he said.

He also floated the concept of politicians using what he called "Programmatic PR." It's not an automated process, but instead of going out to all of the traditional media outlets, campaigns are now looking at the dashboard, as it were, picking and choosing the journalists that reach the specific audiences they want and then building relationships with those.