Lions For Twitter: Inside the Internal Agency That Will Be Beach Tweeting | Ad Age
Skip to main content

Lions For Twitter: Inside the Internal Agency That Will Be Beach Tweeting 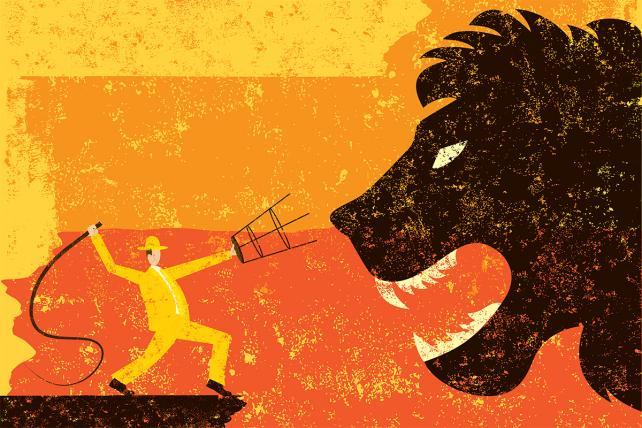 Cannes is happening, and Twitter hopes that means business and maybe even awards are happening too.

The company is in the middle of its own "What's Happening" brand campaign, led by its little-known in-house creative team, and heading to the ad world's creative epicenter. Twitter sits on a precarious perch with agencies and brands, while rivals Instagram and Snapchat draw all the attention.

If the company is going to spark even a tweet of interest, it will come from the brand and creative studio team, which makes Twitter both a quasi-creative agency and an advertising medium. "Hopefully, we as a company come home with a Lion," said Joel Lunenfeld, VP-global brand strategy. Twitter has submitted for Cannes Lion awards for the campaign that started last year, "See What's Happening," work that tried to redefine the service through billboards, stylish digital videos and a bigger social media presence.

Twitter is expected to reveal the next piece of its marketing effort at Cannes, but declined to discuss its plans on that front. Without question, it will use the festival to try to convince marketers that it's still an invaluable tool.

The young internal creative team is a key part of that marketing message. After earlier campaigns by outside ad agencies failed to catch fire, the company decided to shoulder the effort itself. Chief Marketing Officer Leslie Berland, who joined at the start of 2016, has streamlined all the marketing teams under her, including a newly built brand and creative studio with more than 30 staffers and led by Lunenfeld. Its creative director is Jayanta Jenkins, an ad industry veteran who had worked at agencies like Wieden & Kennedy and most recently in-house at Beats by Dre.

Much of their work appears on Twitter, naturally. "We're telling stories on Twitter about Twitter every second of every day," said Berland, who spoke by phone ahead of Cannes. "That bar is super high."

Unfortunately for Twitter, whether its internal creative team takes home a Lion means a lot less for its future than actually turning around the latest business trends: The company's ad revenue in the first quarter, $474 million, was its lightest haul in two years.

Instagram and Snapchat meanwhile are stealing a lot of the attention from advertisers, said Alec McNayr, co-founder of McBeard, a social media and creative agency that works with brands like Marvel on Twitter strategies.

But if there are plenty of other places to see what's happening today, Twitter remains "the place where conversation happens," McNayr said. "Twitter is where brands can take a pulse check. That's something Instagram and Snapchat can't compete with."

Users still gravitate to the service when mass cultural events are happening, like James Comey's testimony on Capitol Hill or the Ariana Grande benefit concert for victims of the Manchester bombing. And Twitter is now streaming those events, not just discussing them.

The problem, though, is that brands don't necessarily move at the speed of news and culture. This is a service, after all, where the president's late night typos can shape the national discussion and where bots can overamplify tweets, generating a false consensus. Scary stuff for brands that don't like volatile environments. 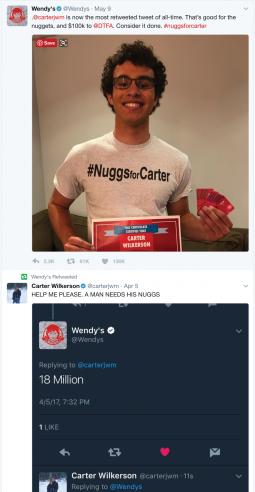 Twitter will point to the latest Wendy's marketing success, "#NuggsForCarter," where teenage Carter Wilkerson got the most retweeted message of all time by asking how many retweets it would take to get a year's worth of free nuggets. Wendy's responded, "18 million," but 3.6 million wound up being enough.

Anytime an advertiser like Wendy's has a positive experience, that's good for Twitter, but afterward it is up to the internal creative team to take the opportunity to tell a story about its own brand too. To promote the "#NuggsForCarter" episode, it tweeted a picture of a retweet symbol made out of chicken nuggets.

"That's Twitter adding its own brand to something that's happening in the world and showing some personality," said Oliver Snoddy, senior director of marketing, who was key to creating the next phase of the "What's Happening" campaign.

The next step for Twitter's marketing is to try to teach brands that they can move quickly enough to get their "Nuggs" moment. That's going to be a central theme as it evangelizes at Cannes, said Berland. "We're connecting with advertisers and telling them they can be what's happening."