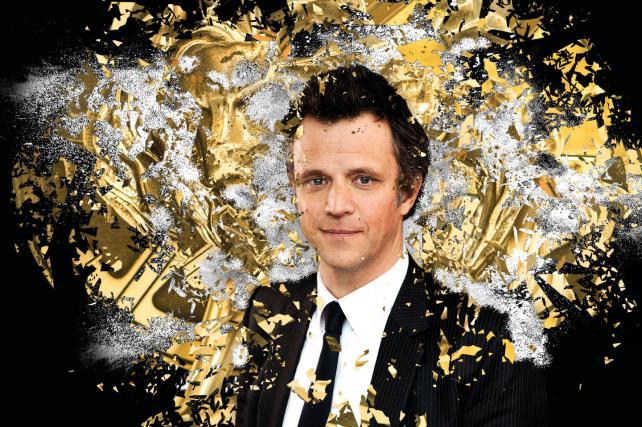 If Arthur Sadoun's goal was to steal some of the Cannes spotlight from Google, Facebook and the consultancies gunning for Publicis Groupe's business, then the new CEO of the holding company succeeded. His brazen pledge to sit out next year's Cannes Lions International Festival of Creativity and pour the savings into an AI-powered professional assistant program called Marcel dominated the conversation at the beachside bars and parties along the French Riviera all week. And Cannes might never be the same again.

Organizers are pondering fundamental changes to a festival that critics say has lost its way as sprawling rosé-washed parties on the beach and yachts often overshadow serious panels occurring inside the Palais. WPP CEO Martin Sorrell even floated the idea of moving the festival to New York or Paris, suggesting it has become too much of a trade show. "You will get a broader distribution. It won't be such a narrow group," he said in an interview. "Talking to some clients this morning, they reduced their participation from the past year."

There remains plenty of interest in what goes on inside the Palais convention center, with high-profile sessions still drawing big crowds. But that Cannes seems disconnected from the countless rooftop and yacht parties where a huge chunk of attendees spend most of their days and nights.

"I can see where they're coming from," said a consumer products group executive of the Publicis move. "This is one part business meeting and one part boondoggle." He agreed that there's efficiency in getting the whole industry together in one place annually, but asked: "Does it have to be in the South of France?"

Advisory committee
Festival organizers scrambled to secure support from key constituents. On Friday, they announced a new advisory committee to help shape the event's future, saying they had already signed up top marketing execs from Procter & Gamble, Unilever, Burger King, AT&T and Heineken. "We attend Cannes Lions to focus on creativity to drive growth," P&G Chief Brand Officer Marc Pritchard said. "It's the right time to step back and take a look at the best way forward for Cannes Lions to provide the best possible platform for creativity in our industry, and P&G is ready and willing to help."

Even if Sadoun's gambit forces action, his holding company also became the butt of jokes. Competing agencies poked fun at Marcel, which Publicis Group hyped as an all-knowing savior to answer the woes of the traditional agency business.

"Marcel, why are the Knicks going to trade Porzingis?" Interpublic Group agency R/GA posted on Twitter. A mocking "Marcel Says" Twitter handle took numerous shots, including a post that sarcastically labeled a GIF of the Mighty Morphin Power Rangers "Transformation of Publicis." At Leo Burnett's Chicago office, someone put a paper "Marcel" sign over the Leo Burnett moniker at one entrance. Former execs from a Publicis shop named, ahem, Marcel noted the irony of the tech platform's name. "We were opened to stand for creativity, but now this is the opposite."

Any attention might be good attention for a holding company struggling to remain relevant amid the fundamental changes roiling the traditional agency business. Sadoun, a 46-year-old Frenchman who took the Publicis helm less than a month ago, is known as a tireless man of action. His Cannes ban certainly made people notice, and his top lieutenants projected confidence about the move. "We dropped the mic," said Carla Serrano, the holding company's chief strategy officer, at the Nice airport before winging home.

Dr. Evil goes hunting
Still, many people also asked why Publicis Groupe would pledge to skip next year while this year's festival was just hitting full stride, the equivalent of suddenly turning on all the lights at a dance party. Sitting out 2018 could also rob Publicis creatives of the chance to win awards that many view as career-defining achievements. Publicis agencies are suddenly exposed to poaching from rival creative shops. Upon hearing the news, a top creative agency founder not in the Publicis system rubbed his hands together like Dr. Evil and said, "We're gonna go hunting!"

Brian Wieser of Pivotal Research, spotted strolling the Croisette, said his first thought was that Publicis must need millions of dollars in Cannes ban savings to meet its profit goals. Sadoun has declined to say how much Publicis Groupe spends on Cannes, but people familiar with the matter estimate it at $20 million, including flights, hotels and entertainment. As for the potential loss of creative talent, Wieser shrugged. "The people who are really driven by awards are probably already working for one of the hot creative shops like Wieden or Droga5 or Anomaly or 72andSunny," he said. Ironically, he said, those hot shops tend not to send as many people to Cannes.

It's likely that Publicis won't be entirely shut out of Cannes award entries next year. An upper-level creative executive from a Publicis agency said they would find their own way to submit because it's important to continue to motivate and support the agency's younger creative talents. If the work is worthy of competition, the executive said, "I'll sign the check myself."

'Our raison d'être'
After breaking the news, Sadoun sought to calm his creative troops in a closed-door meeting at the luxurious Majestic hotel, which is the holding company's Cannes headquarters. And in an all-company memo, he sold Marcel as a platform that will make creative work "even better, by developing new types of collaboration that will lead to creativity without borders and without limits. Creativity is our raison d'être and Marcel will allow us to climb higher."

He also tried to allay fears that the holding company was permanently walking away from Cannes and other industry events, including SXSW and CES. "We are taking a pause from awards shows, festivals and industry events for 365 days," he wrote. "But make no mistake, when that time is done, we will be back stronger than ever before." Mark Tutssel, creative chairman of Publicis Communications, said in an interview that in 365 days, "We'll have more work to enter more awards than before because we will be prolific as a result of this."

But during the week, Sadoun seemed peeved at what Cannes has become. In an interview, he kept pointing to a Snapchat-branded Ferris wheel that towered near the entrance of the nearby Palais. To Sadoun, the carnival-like Snapchat wheel, and the fact that it rests on valuable festival real estate, "symbolizes the fact that our companies, the holding companies, have lost their thought leadership in Cannes," he said. "Do we want to be on the front line, or do we want to be on the third line?" Sadoun asked.

"I want Publicis to be on the front line. And to do that I am transforming, and to transform I need to take bold decisions."