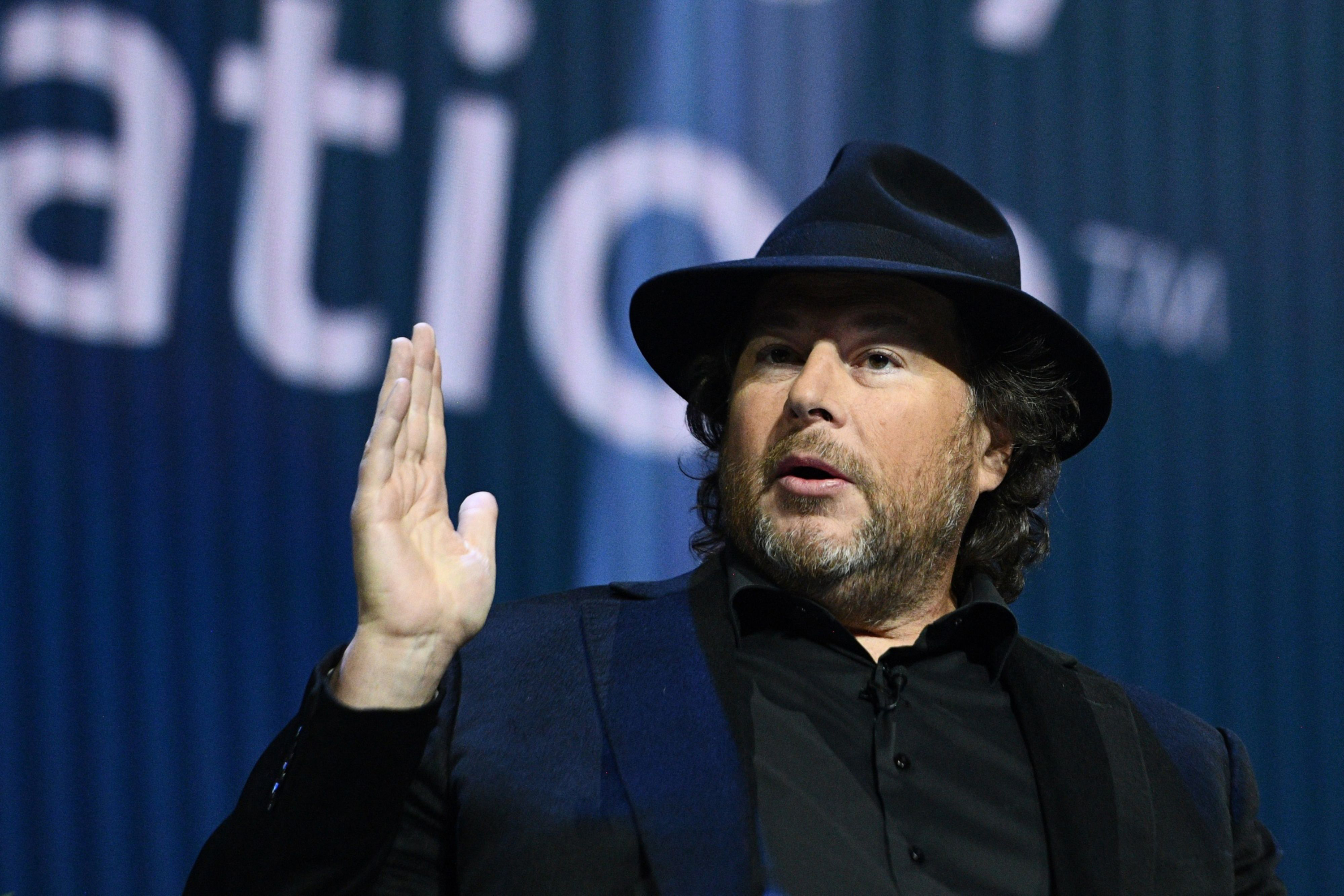 The buzz around "brand purpose" has reached a crescendo in recent months, and there's been no shortage of (often empty) talk about it at CES this week. But in two panels on Tuesday marketers got more candid than marketers typically get about taking real political risk in the name of what they believe is the right thing to do—and the right thing for the brand.

Salesforce CEO Marc Benioff made waves in 2015 for convincing Vice President Mike Pence, then governor of Indiana, to back down on anti-LGBTQ legislation. New details on how that went down—including a tipsy tweet—emerged during at a CES keynote panel on brand purpose Tuesday in a conversation with MediaLink CEO Michael Kassan and Unilever CEO Alan Jope.

When Benioff first heard about Indiana’s much-derided "religious freedom” law, he said that as a “fourth generation San Franciscan,” he didn’t even think it was possible “my friend” Mike Pence or anyone else would sign such a law. So he wrote Pence a letter reminding him Salesforce was the second biggest employer in Indiana.

Then, he found out Pence signed it anyway.

It was late at night. I was driving home. I had a driver. I’d probably had a couple glasses of wine. … And I tweeted that we are going to reduce our investment in the state of Indiana if they are not going to support the rights of the LGBTQ community, because Salesforce stands for the equality of every single human being. And that was a test of our core values.

I didn’t realize that was going to turn into something. And it did. The next day, hundreds of companies said the same thing. Mike called me. I was working out in the gym. He calls me on my cell phone and asked, "What’s going on?" And I said, "What’s going on with that law?" He’s like: "What do you think is going to happen?" I said, "Mike, I think there are going to be rolling economic consequences against the state of Indiana."

He offered to work with Pence, got on a plane and negotiated, he said. Ultimately Pence softened the law, according to Benioff's account.

“By the way, that’s the way things used to happen,” Benioff said. “We used to be able to have normal conversations and resolve things.”

After Kassan dispatched Benioff and Jope, he convened a second panel of senior executives from Interpublic, Vox, Discover, eBay and Delta for more tales of how their companies were doing well by doing good.

Here too came an unusually vigorous embrace of political controversy by a marketer: Delta Chief Marketing Officer Tim Mapes. He recounted Delta losing $40 million in tax breaks from Georgia as a backlash to ending discounts for National Rifle Association members in 2018 in the wake of a mass shooting at a Florida high school.

“It’s important people know what you stand for at a time when people’s lives are at stake,” Mapes said, even though it wasn’t even popular with all of Delta’s employees, including many of the 10 percent who are ex-military.

“I would submit as the CMO of Delta that that statement, that moment, that clarity … did more for Delta Air Lines than any ad, any program, any loyalty and Skymiles program, any gesture, any service," said Mapes. "It was one of the most important things we’ve done.”