In its 90 years as Chevrolet's advertising agency, Campbell-Ewald designed and executed some of the most dramatic ad campaigns in the history of American business.

As Chevrolet neared its centennial, some Campbell-Ewald executives shared their memories of what it was like to try to capture the essence of the Chevy brand.

"The automotive business is massive, so when you hit one out of the park it's one of the most exhilarating feelings in the world." said Hopp, now 66.

His first campaign was a well funded effort for the 1977 Chevy Chevette, a critical entry into the subcompact market. The slogan: "It will drive you happy." Hopp called it "a home run launch" and said it was one of his most enjoyable campaigns.

Another highlight was the launch of the S-10 small pickup in 1981. In the truck wars with Ford, Chevrolet was searching for the most dramatic way to demonstrate that its product was superior.

The creative team presented Hopp with something that had never been done before: blow up a Ford truck -- literally. He recalls people saying, "'Are you crazy? Can you dynamite a truck?' The agency paired it with this language: "Meet the Chevy S-10. We'll blow away everything you've ever heard about compact pickups."

Even today, he said, "It's still a kick to watch that launch package."

Hopp also is proud of a 1982 campaign for the S-10 Blazer. After identifying a potential market for female drivers of SUVs, he launched the first truck campaign aimed at women. It showed women happy with the security of their family in the back seat and a woman at a farmer's market buying flowers.

One of his favorite campaigns is "Like a Rock."

"That was so powerful for so many years and did so much for the Chevy truck brand," Hopp said. He said it was his success on Chevy campaigns that led to his ascent to the top job at Campbell-Ewald. He said: "The most exciting years of my career were working on Chevy."

Sean Fitzpatrick had spent 20 years in advertising before he joined Campbell-Ewald in 1983 as chief creative director, a position he held until 1990. 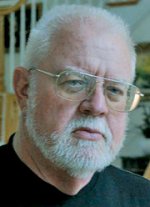 When he began working on the Chevrolet account, sales were low and Campbell-Ewald had churned through 50 campaigns, including failed pitches, over the previous 10 years. So Bob Burger, Chevrolet's general manager, directed the agency to develop one set of principles that everyone could agree on about the future of the brand for its next big campaign.

"My job was to get a campaign that Chevy would be proud of ," Fitzpatrick said.

He synthesized information from 100 people on what Chevy should be and developed it into something called the "catechism."

"I still have that today," he said.

He got the idea for what would become a famous slogan from a catalog that Jerry Burton, one of his employees, was writing, in which he described a small-block V-8 engine as the "Heartbeat of America."

The words immediately resonated with Fitzpatrick and Burger, and the campaign that debuted for the 1987 model year placed all cars and trucks under that banner.

Fitzpatrick recalls being at a party at The Yale Club in New York watching a football game when a "Heartbeat" commercial came on. "One young couple got up and started dancing to the music, and I said, 'We're in!'"

The campaign won more than 300 awards and "awareness and consideration of Chevy started rocketing up," he said. Heartbeat "reconnected Americans to Chevy and Chevy to America, saying we're going to live up to your standards."

After that , Burger wanted to take trucks in a new direction.

Looking at outtakes from old commercials, Fitzpatrick noticed the crew leaning on the trucks. He paired that idea with the song "Lean on Me," and it immediately worked.

Fitzpatrick, now 70 and teaching persuasive communications at the College of William and Mary in Virginia, looks back with fondness on working on the Chevrolet account. He said advertising today "is a different world" from when he was at Campbell-Ewald.

"Big campaigns are important, but they don't have the capability to be as powerful as they once were," he said. Advertising now is "the Internet and Facebook, mobile phones, events and guerrilla marketing," diluting the importance of the types of massive campaigns he developed.

He noted that Chevy is spending money on "a multitude of things that don't involve traditional advertising. It's not what we used to do."

He said of his days at Campbell-Ewald: "We went to bed at night exhausted but fulfilled." And he compared working on Chevy ads to Stanley Cup hockey: "fast, tough and furious." 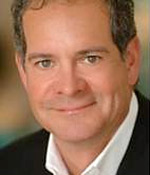 Bill Ludwig
Bill Ludwig, 56, has been CEO of Campbell-Ewald since 2010. He started with the agency in 1982 as a copywriter and has been involved in several major Chevy campaigns, including "Heartbeat of America," "Like a Rock" and "An American Revolution."

Asking him to pick a favorite is a "Sophie's choice," question, he said. "They were all home runs in their own regard."

Ludwig said Chevrolet "at its best is a mirror reflecting American culture, values and belief systems. And Campbell-Ewald has played a big part in that because of the campaigns we developed."

For "Like a Rock," the germ of the idea came from creative director Don Gould, who came to Ludwig's office and played him the Bob Seger song. Said Ludwig: "I said those lyrics could be the copy for a great truck commercial."

Ludwig immediately began developing a campaign around the song. He said "Like a Rock" came on the scene during the truck wars with Ford and Dodge and "completely changed the game by tapping into that emotional connection with consumers."

He's also proud of the slogan "An American Revolution," created for the 2004 model year, saying it aptly demonstrated "a revolution of a car company you've always known and loved reinventing itself in the new millennium."

Like any good creative ad executive, he relished the visibility of his ads: "You create a great ad for Chevy and everyone sees it." He said his success with Chevrolet allowed him to move quickly through Campbell-Ewald.

After "An American Revolution," he felt Chevy sacrificed brand building for brand selling, with a "promotion du jour," noting: "It's hard to establish a reference for the brand when you're always on sale."

Ludwig, not surprisingly, is disappointed that Chevy is no longer a client. "It was a member of our family," he said.

And he remains loyal to the brand: "I'm proud of being part of a team that championed the brand, that created a deep emotional connection with the American consumer."

Andrea Riley joined Campbell-Ewald in 1988, right out of college. She rose to account director, a job she held from 2002 to 2007, and eventually became an executive vice president and director of business development. 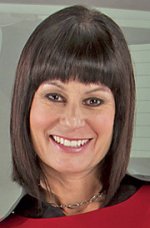 Chevy was "the only account I wanted to work on," she said. Riley, now 46, thought it would "be an unbelievable opportunity to get into the agency and help figure out the next place to take that brand."

She recalled "An American Revolution" as a crucial product push. To develop a slogan that would apply to the brand's diverse models was a huge challenge. And the agency had only 18 weeks to get the campaign to market once it was approved.

She recalled that the goal was a campaign that would embody the epitome of American ingenuity, taking features available on more expensive vehicles and putting them in the price range of every American.

The agency considered 200 tag lines before settling on "An American Revolution," she said.

The first ad in the campaign showed the new products loading into a moving car carrier. The last product, an SSR, turned around and backed up into the car carrier, to the Steppenwolf song "Magic Carpet Ride."

"The first time we presented it to dealers, people were gasping in the crowd. They never saw anything like that ," she said. The campaign had the desired effect, she said. At the end of that year, Chevy regained sales leadership for the first time in 19 years.

She said it was a very intense process. At the time she was working seven days a week and traveling 100,000 miles every year that the campaign ran, no easy feat for the mother of two young sons.

She said the widespread media and industry attention to the campaign "catapulted my career." In 2004, she was inducted into the Advertising Hall of Achievement, which recognizes the advertising achievements of people under 40.

She said: "All those things around 'American Revolution' gave me that level of visibility I otherwise would not have had."