Mate 8 Is a Crowd Pleaser, but Gold Nexus Not a Showstopper 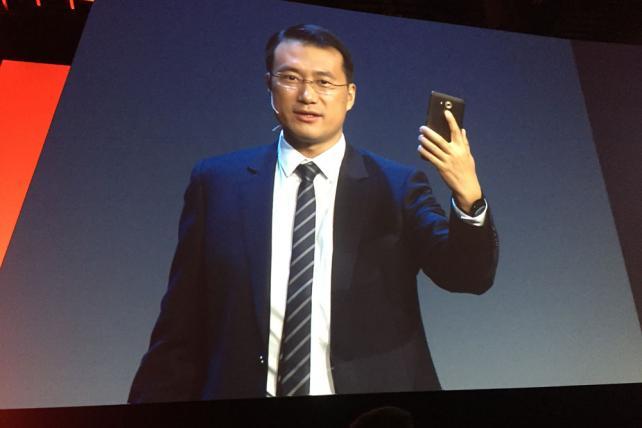 Everyone's heard of Apple's notorious "fan boys." But Huawei apparently has something it calls "Hua-fans." As analysts and members of the media slowly made their way into the conference room where the Chinese company was making its CES presentation, a couple of sign-holding wranglers led a group of Huawei enthusiasts ahead of the line.

After some impatient media members decided they'd had enough of standing in line and tried to hitch a ride, the sign-holders were forced to declare, "Hua-fans only. No press."

But even the Hua-fans seemed a bit underwhelmed by one of Huawei's big reveals. This might have been chalked up to a weird show flow.

At the start of his presentation, Kevin Ho, president of the Huawei Consumer Business Group Handset Business, promised to show the crowd a new smartphone, a new tablet, a new smartwatch and "something else." That something else not only sounded mysterious, but with a fairly impressive lineup with the Mate 8, a new tablet and classic-looking smartwatches specifically for women, it seemed the something else might be a big deal.

But the something else turned out to be that the Nexus 6P, a critically acclaimed phone made in conjunction with Google, will now be available in gold.

While a bit of a let-down, the other items introduced, particularly the Mate 8 and the Swarovski-crystal-bejeweled smartwatches, seemed to register with the fans. The Mate 8, a large-screen smartphone, has an upgraded camera, a smaller body size, longer battery life (over two days) and a host of new features that improve on the Mate 7, one of the smartphones helping the company grow rapidly around the globe.

According to Richard Yo, CEO of Huawei's Consumer Business Group, the company saw its smartphone shipments grow 44% in 2015. With 9.7% of the smartphone market, it's now third in the world behind No. 1 Samsung and Apple. Mr. Yo said Huawei hopes to surpass Apple in the next two years. That's not unthinkable. The company has 34,000 retail stores globally -- more than 9,000 in China; 6,000 in Western Europe; and 1,500 in Latin America. And it's ranked as 88 on Interbrand's Best Global Brands list and 70 on BrandZ's Most Valuable Brands list.

He did acknowledge that the company's market share in the U.S. is "still small." That might not change anytime soon. The Mate 8 is not being launched in the U.S.