Despite Digital Challenges, Old-Fashioned TV Is Still a Great Business 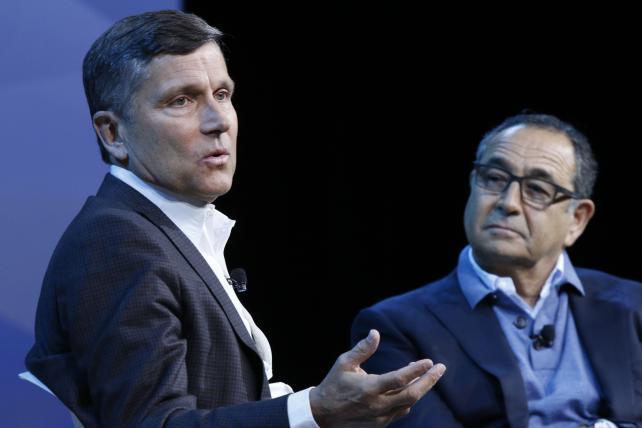 Reports of TV's demise have been greatly exaggerated, according to NBC Universal CEO Steve Burke. During a conversation with MediaLink CEO Michael Kassan that served as a keynote presentation at the 2016 Consumer Electronics Show, Mr. Burke repeatedly made the case that TV was going to be around for "many, many years."

It's a statement one might expect from the chief of a massive TV company, but even Mr. Burke admitted that when the Comcast-NBC deal went down in 2010, "we were much more pessimistic about broadcast than we are today." And it wasn't just broadcast. "We completely underestimated the upside of the theme park business," he said.

But Mr. Kassan was much more interested in the TV business.

And Mr. Burke was happy to keep hammering the point home. "It's unthinkable when you're marketing a product … that you don't use television," he said, taking a specific shot at digital, something he said too many marketers are still treating like a shiny new thing that can magically replace the scale of TV. "You're not going to launch 'Jurassic World' or a big new car … with only a variety of digital things."

It takes more than just throwing content onto the screen. His company, he said, has the right mix of distribution and content, broadcast and cable, English and Spanish.

The key, he said, is "to take those assents and make everyone work together" and not have "individual personalities" running fiefdoms that don't cooperate with the master plan. He said that even when releasing a movie like "Minions," everyone from Bravo to NBC Sports has to be onboard.

Making all the properties work together and giving marketers a "one-stop shopping" experience was the impetus for putting Linda Yaccarino in charge of all NBC Universal ad sales in 2012 and its decision to reorganize its sales teams last November, putting a bigger emphasis on direct relationships with clients.

"It's a big part of my job to make sure everybody works together," said Mr. Burke.

Asked if services like Netflix were enemies, friends or frenemies, he said "all of the above," but noted that all players in the content space will have to continue to evolve. He admitted that this company needs to get better at distributing content in digital spaces.

"I thought that cable entertainment ratings were going to be stronger than they are … All the various alternatives are getting better and better and better," he said. Making money off of running syndicated reruns, he noted, is harder when viewers have 25,000 great choices at their fingertips.

The need for evolution was behind NBCU's investments in Buzzfeed and Vox. "One of the reasons we invested in Vox and Buzzfeed is to learn from them," he said.

But, he added, "There's always been something that was going to put everybody out of business."

"Broadcast television is still a very good business," Mr. Burke said, adding that the four big broadcast companies make more money today than they did 20 years ago, if sometimes in different ways. Ultimately, he said, "People are going to want to watch great television on a great television set."

In a panel discussion immediately following the keynote, MediaLink President-COO Wenda Harris Millard asked a couple of marketers how they felt about the state of TV in regards to their marketing plans.

"It still is a critical part of our media mix and linear TV is the biggest part of our media spend," said JPMorgan Chase CMO Kristin Lemkau. But that's changing. What she'd like to see from the networks is for them to "scale addressable faster" and offer more and better ways to be part of the content, but in ways that don't look forced or "cheesy."

Johnson & Johnson CMO Alison Lewis said "television is as important as ever because it still is a broad-reach medium. But it's the 'and.' . . . It's no longer just [about] activating television."

What would she like to see from TV? More precision. "If we can ever get to that direct link to buy, that would be the holy grail to me," she said, actually prompting a burst of applause from the audience.