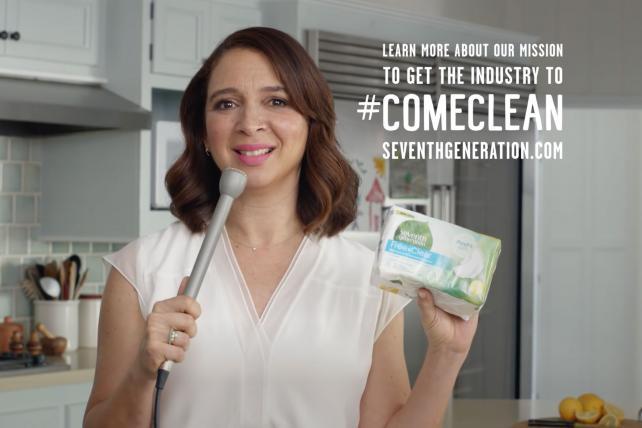 Maya Rudolph appears in a 90-second video for Seventh Generation that took over a full commercial pod during TBS's 'Full Frontal With Samantha Bee,' as part of Turner's native advertising efforts.
Credit: Turner

One year into Turner's launch of its native advertising division, the company is expanding its branded content efforts to include its signifcant sports programming.

To that end, Turner is introducing Ignite Sports at the Consumer Electronics Show in Las Vegas this week. The full-service division will work directly with brands to streamline the way advertisers connect with consumers during and around sporting events like the NCAA Tournament.

The goal is to mitigate the waste of working across multiple properties and agencies, said Will Funk, exec VP-sales and property sponsorships, Turner Sports.

Sports marketing, in particular, can be complicated. It often requires brands to work with many different agencies and navigate production, talent, distribution and intellectual property rights.

So Turner is aiming to provide a one-stop shop for commercial and branded content production that connects marketers with sports fans.

And as with Turner Ignite, the sports unit will allow clients to use the content beyond Turner's own networks and platforms.

"We believe in creating powerful, long-term marketing partnerships rather than being confined by transactional relationships that stop and go because a sport's season, event or show ends," Mr. Funk said.

It's been a year since Turner debuted its native advertising division. While 80% of Turner's business is still dominated by traditional media buys, Dan Riess, exec VP-content partnerships and co-head of Turner Ignite, predicted that by 2020 there will be a more even split between ad buys and branded content partnerships.

"We are looking two to three years out and planning what kinds of partnerships we will need to have," he said. "There's been a big change in clients needs and how we must structure ourselves."

From the get-go, the goal for Ignite has been to bring content back into conversations involving data.

Turner spent 2016 working to reduce commercial loads and replace traditional commercials with pods that tell a brand story. Turner isn't alone in these efforts. But while several major media groups have also been vocal in the desire to inject more personalization and data in TV advertising and clean up commercial clutter, the results have been limited.

These types of partnerships can be complicated and expensive, and there's little data proving any of it is worth the time and cost.

Turner is hoping to provide marketers and agencies at least some proof at CES that its Ignite and its audience targeting efforts are working.

All told, Turner says it replaced about nine hours, or about 200 traditional commercials, with branded content pods in 2016.

During an episode of "Full Frontal with Samantha Bee" on TBS, for example, Seventh Generation took over a full commercial pod with a 90-second video on their feminine-care products. The video features comedian Maya Rudolph singing an ode to the company's tampons and feminine pads that are free of harsh chemicals and fragrances, aligning with Seventh Generation's #comeclean campaign.

And State Farm collaborated with TNT's "Neighborhood Sessions" to create custom videos that provided an additional look at Usher's return to Chattanooga. That content ran in isolated commercial pods in primetime programming across TNT, as well as Turner's Adult Swim, TBS, TruTV and Turner Sports.

Turner tested 15 different native pieces of content in 70 different ways. When comparing native pods to traditional pods, Turner found that viewers paid more attention to native content 59% of the time. And when a piece of native content was paired with the advertiser's 30-second commercial, engagement with that spot was 62% higher.

When its comes to its audience targeting products, Turner said it has completed over 100 campaigns informed by data beyond Nielsen age and gender. On average, brands that used data other than Nielsen age and gender to set guarantees saw a 21% increase on the delivery of target audience compared to those who stuck with traditional currency; a 14% decline in the cost to reach the marketer's target audience; and a 14% increase in sales.

Turner also started reducing its commercial loads in primetime on TruTV and TNT during the second half of 2016. While Turner said that analysis of "Animal Kingdom," its first series to include fewer commercials, revealed higher unaided brand recall, purchase intent and a greater lift in commercial ratings in the three days after the show aired than any other Turner original, it did not provide specific data points. The company plans to report additional data on these efforts over the next few weeks.