The top 5 creative brand ideas you need to know about right now: March 9, 2020

5. Aguila Real: ‘The Taste of Mexico,’ Upstreamers
President Trump has been known to disparage Mexico and its citizens, and some Mexican brands have actually taken him on. Tecate, for example, turned his border wall into a beer prop. Now ahead of the elections, premium tequila brand Aguila Real is also making a dig at the POTUS by showing how the Trump family legacy in the U.S. doesn’t even compare to Mexico’s.

4. Pilsen Callao: ‘Never Have I Ever,' Fahrenheit DDB Lima
Peruvian beer brand Pilsen Callao shows just how rampant sexism is in everyday life by turning it into a drinking game. A new spot from Fahrenheit DDB Lima shows people of all walks of life raising their bottles in a game of “Never have I ever” as they admit to various acts of sexism, whether they’ve thought that men should cover the check, or maybe they took advantage of a woman on a date. The most striking moment, however, takes place in the brand’s own boardroom, where Pilsen Callao execs take a swig to having created sexist ads in the past.

3. McDonald’s: ‘Mmmm,’ TBWA\Puerto Rico; TBWA DXD
McDonald’s Golden arches do double duty in this whimsical integrated campaign from TBWA/Puerto Rico and TBWA DXD. As arches become McNuggets, fries and hotcakes, the “Mmmmmms” all over the place also underscore the deliciousness of the food.

2. Fanta: 'Idiots are Amazing,’ 72andSunny Amsterdam
Influencers behind idiotic internet stunts become champions of Olympic proportions in this funny Fanta campaign from 72andSunny.  The point is to underscore how their feats are truly amazing and that we could all benefit from a little bit of playtime.

1. P&G/Time Magazine: "A Century of Women of the Year," JellyWolf; Time Studios
P&G partnered with Time magazine to give women the attention they’ve been robbed of all these years. Director and “Free the Bid” founder Alma Har’el came up with the idea to create a century’s worth of Time’s Person of the Year covers, but all featuring accomplished women. She presented it to P&G Chief Brand Officer Marc Pritchard, who then brought it to Time. The covers were unveiled in an event on International Women’s Day, and there’s a documentary in the works as well.  The publication had a lot to make up for. Its honor was originally titled “Man of the Year” when it was introduced in 1927 and didn’t change to “Person of the Year” until 1999. And since then, only four women have been standalone honorees. 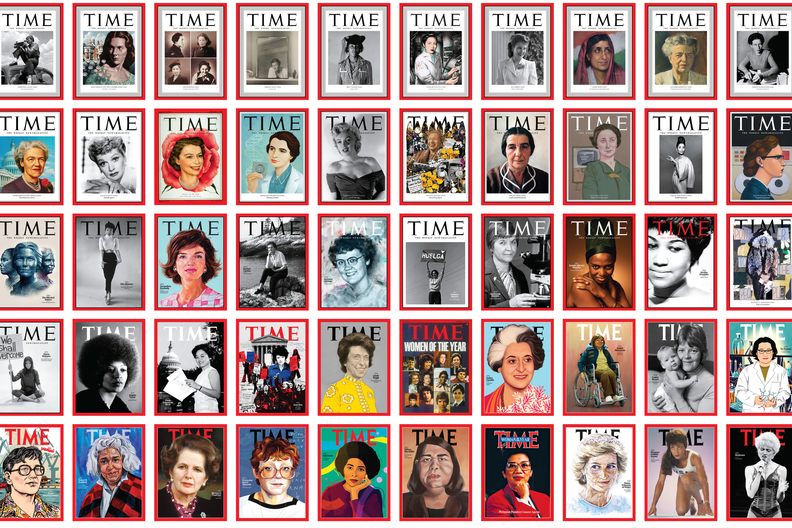