Laundry with purpose, talking tushies—and the pain of pitching
READ THIS NEXT
Top 5 diversity, equity and inclusion efforts to know about right now
Credit: Ad Age

This week: a brand's bootylicious new spokescharacters, laundry packed with purpose, a biting satire of how ads get made—and more.

A programming note from the Creativity editors:
We’re on summer hiatus for our weekly live show. In the meantime, take a look at our picks for the week—and check out all of our past Top 5 lists here.

This merch idea from Austin-based Callen arrives just in time as businesses are starting to require proof of vaccination from employees and patrons. Immunity Market is a line of streetwear that lets those who’ve had their shots wear their vax cards proudly. The tees come with plastic pouches that can be removed before washing. 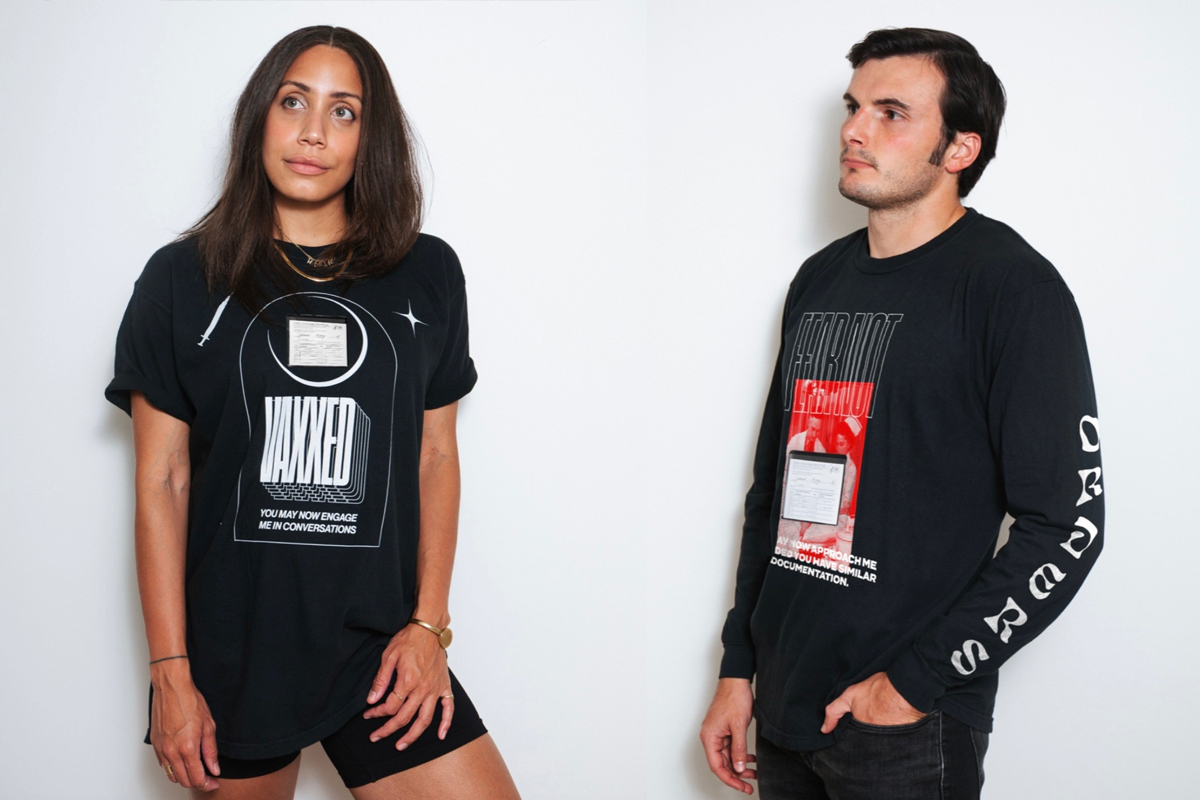 4) SeatGeek: Get Your Seat in a Seat
Agency: Fig

Live events stalled during the pandemic and, along with them, sales for online ticket vendors. But as the world inches toward normalcy in fits and starts, ticket platform SeatGeek is taking the opportunity to get its brand out there with this ridiculously funny campaign from Fig. It stars a series of talking booties that writhe and bulge as they rave about concerts or sporting events they attended or look forward to.

On the heels of her 400-meter bronze medal win during the Olympics (and ahead of her gold medal relay win that made her the most-awarded U.S. track Olympian), Allyson Felix shared this moving ad about her new shoe brand, Saysh, and the values of female equality and empowerment on which it was founded. It represents a full-circle moment following her struggles as a female athlete and mother, including her high-profile falling out with Nike after she became pregnant with her daughter (documented in an op-ed piece in the New York Times). Nike, in the meantime, has gone on to change its maternity policies and has stepped up its support of pregnant athletes with its products and marketing.

Procter & Gamble’s Tide has backed its product with purpose with the “Loads of Hope” program that has brought mobile laundry facilities to areas that have endured natural disasters ever since Hurricane Katrina in 2005. The program has now expanded with a permanent laundry facility at the Midnight Mission on L.A.’s Skid Row. The brand captured the initiative in a new docu-series on IMDb, “The Tent Mender.” The brand describes the show as “docufiction.” It tells the story of a fictional character who finds redemption while working with those on Skid Row who have experienced homelessness. It represents P&G’s latest step in its goal to expand Tide’s “Loads of Hope” tenfold by 2030.

Director Eno Freedman Brodmann skewers the labyrinthine, grueling process that is the commercial pitching process in this satirical short film. Starting with a brief for a ridiculous chicken nugget-Bluetooth speaker collab, it goes to depict an outrageous journey of an ad idea. We see the ad’s protagonist going from floaty, perfume ad-inspired scenarios to rolling and smoking a bread crumb joint and then morphing into a multi-ethnic extravaganza of diverse characters.

For more great ideas bookmark our section covering the best in brand creativity every day at Adage.com/Creativity.