At number five, perhaps it’s no longer surprising to see surprises from Ryan Reynolds and Aviation Gin. It’s kind of a given for the brand to jump onto big cultural moments, but this one felt just so right. As families dive into the chaos of virtual schooling, Reynolds came out with a special edition of his product—the Home School Edition. It’s simply a jumbo size bottle of the product. Or, as Reynolds says, “it comes with more ounces.”

At number four, between the pandemic, election chaos, climate change and all the racial injustice we’ve experienced this year, times are super heavy. So it was a welcome delight to see this funny video from Color of Change address a serious subject and comedians including Sarah Cooper, Lewis Black and Sarah Silverman imagine a world in which racist Karens all over get their own special “white emergency” hotline.

At number three, Uber Eats fulfilled our nerd fantasies when it brought together the worlds of Star Wars and Star Trek. A series of ads featured Mark Hamill, aka Luke Skywalker, and Sir Patrick Stewart, aka Jean-Luc Picard, facing off over what’s for dinner. But, as the films show, conflicting meal orders can exist harmoniously thanks to the forces of Uber Eats.

It’s that time of year, when the world becomes smothered in pumpkin spice. You’d think that by this point, that we’ve got all our bases covered when it comes to the cozy fall flavor. But, no. To the dismay, or perhaps curiosity, of many an eater, Kraft Mac & Cheese entered the fray with its own cinammon-y, nutmeg-y, offering. The product idea was created out of agency Rethink for the Canadian market, and 1,000 boxes will be distributed to folks who signed a waiting list. But it was so popular that, two days after its release earlier this week, the brand announced it was coming to the U.S. too. Yum?

At number one, the world said goodbye to a legend with the passing of Supreme Court Justice Ruth Bader Ginsburg. Not surprisingly, we saw an outpouring of moving tributes, some that centered on what became the late Justice’s “emblem” of sorts—her lace collar. State Street Global Advisors’ “Fearless Girl” donned one. It served as the centerpiece of the New Yorker’s cover. It punctuated the powerful graphic portrait that appeared in the Washington Post, created by artist Edel Rodriguez a decade ago. Her legacy was her service to our country and the indelible mark she made on rights for all. In turn, her simple adornment has become a lasting symbol of those efforts. 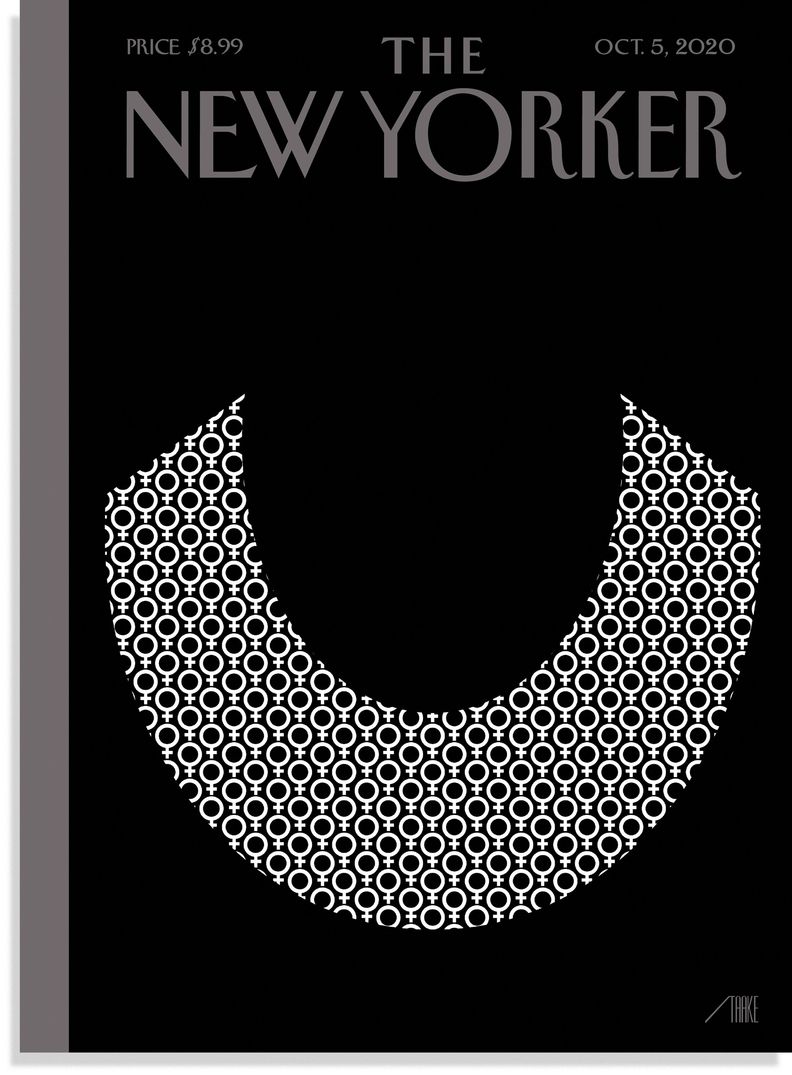