#AADigital: Are Attention Metrics the Future?

Tipping Point Will Be When Programmatic Can Buy on Time Metrics, Said Shenan Reed
READ THIS NEXT
How restaurant chains are duking it out to be the best in their categories 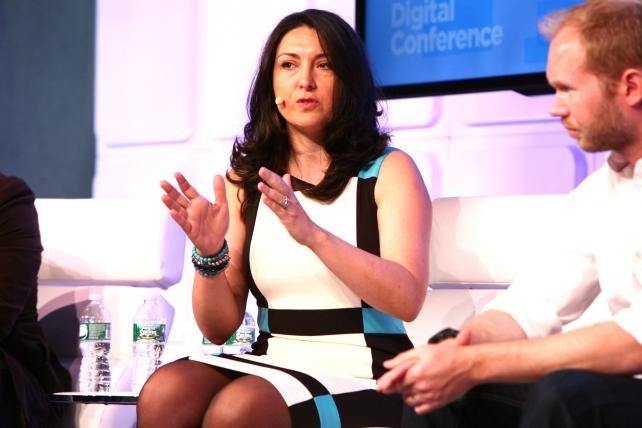 Measuring ad performance against frequency and impressions is so yesterday. "Time spent" is now the hot new metric that buyers, sellers, measurement vendors and marketers are counting on to overcome viewability concerns and cross screens.

"There are two things that are proven to show recall recognition," said Tony Haile, CEO of Chartbeat, speaking on a panel addressing the topic of attention metrics at Ad Age's Digital Conference. "One is the quality of the creative. The second is the amount of time that ad acrues. Price on that time, and attention becomes a way for marketers to be more effective, and for publishers to have engaging content. The more they can capture in view, the more that ad is worth. It's a sustainable business model going forward."

It might be sustainable, but for now, the metric, which is being tested by the Financial Times, is not quite so widespread.

Dominic Good, global sales director for the FT, said that his team is currently evaluating the results of a pilot program with five test campaigns for separate brands, among which are BP and a few other industry giants. The promise, which takes care of brands' concern that their ads aren't in view, is that every ad is in view for five seconds or more.

"Big corporate advertisers are using this as a way to get more exposure, guarantee viewability and guarantee the ability to show complex creative," said Mr. Good. "We were getting a fantastic average and more exposed time than on a CPM basis." Although five seconds was the minimum standard, the average tended to be 15-20 seconds, he said.

The guaranteed and comparatively lengthy time the ad appears online also allows for more complex creative formats, said the panelists. "Now I have more to play with from a creative standpoint," said Melvin Wilson, head of strategy for the IPG Media Lab.

"If we're lucky we may get to a place where we start to equate [time spent] to GRPs on TV or potentially create a new metric for everyone against time," said Shenan Reed, president of digital for MEC North America. "The greatest challenge is to get TV and digital to talk to each other to get to a common success metric. If we do, we'll see those budgets flow freely. We're createing a free open marketplace that's screen agnostic."

"Next year, we'll be in a place where we're commonly saying we're buying on [time]." She wants to coin CP30, which is a play on CPM with the 30 referring to seconds. The true tipping point for measuring ads based on the amount of time users spend on those ads will come in two years when the programmatic space can buy against the metric, she said.

Beyond big brands, time metrics will be important for "low consideration" brands like paper towels and napkins as it supports "things we forget or don't see," said Mr. Wilson. He likened it to the Amazon buy button. "We see amazon get into that problem with the dash button. I think it's a touch in the right direction. If I can get you to spend five seconds with an ad and you push that button I win."