Marketing Execs From Burger King, Taco Bell, Visa, Adobe on Story
READ THIS NEXT
How restaurant chains are duking it out to be the best in their categories 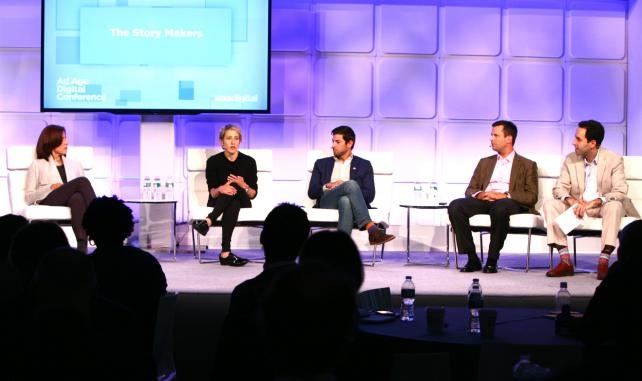 Marketing is no longer about telling stories. It's about making them.

That was the theme of the Ad Age Digital Conference as executives from Adobe, Burger King, Taco Bell, Visa and others shared their views crafting narratives and shaping user experiences with content.

If marketers increasingly want to stop dictating narratives for people to take or leave, how can marketers make themselves part of consumers' stories and get consumers to create content?

It all starts with the brand, said Ann Lewnes, senior VP-CMO at Adobe. "Brand love leads to story making," she said. "The ability to get [consumers] to participate is so much easier than ever before," she added, referring to the democratization of video production, "but your brand is what lures people to participate."

For example, Adobe tapped its users for a spot earlier this year in celebration of the 25th anniversary of Adobe Photoshop. The ad featured work from its creators, which Adobe was able to use free of charge.

Visa also spurred social content when it took advantage of its NFL sponsorship to promote payments-product Visa Checkout by enlisting players O'Dell Beckham Jr. and Drew Brees to set the Guinness World Record for the most one-handed catches in one minute. (The idea was that Visa Checkout is easy enough to use with one hand.) After the push ran on ESPN, college football players and other fans made their own attempts to break his record. "It created a whole movement," said Chris Curtin, chief brand and innovation marketing officer at Visa.

Of course, Visa was backed by the NFL's massive fanbase and Adobe had a leg up because its products cater to creators. For marketers like Burger King, which speaks to average consumers, it's easier to insert itself into existing conversations than to get a hashtag or contest to take off, according to Eric Hirschhorn, CMO of Burger King. For example, the burger chain recently revived a menu item -- Chicken Fries -- after it discovered there had been an explosion of social chatter after they were booted off the menu in 2012. 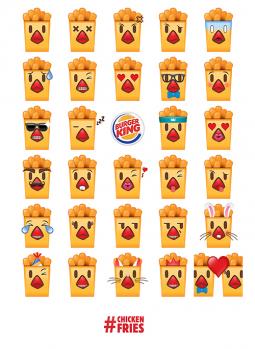 As part of the reintroduction, Burger King created a Chicken Fries emoji keyboard based on the way its core consumers, who had been making their own emojis with a chicken leg and fries, were interacting with the brand.

Taco Bell employed a similar strategy when it began pushing for a taco emoji last year, going so far as to create t-shirts and a petition. The company uses data and social listening to suss out emerging trends like that one. "If you can find those before the trend becomes mainstream, it really can be a big opportunity," said Tressie Lieberman, senior director of digital marketing platforms and social engagement at Taco Bell.

The fast-food chain also created a campaign around "promposals" after noticing that some fans were using Taco Bell packaging to ask their dates to prom. The strategy touches on another way Taco Bell builds a narrative for its brand, which is to act like a fan and not a marketer. "Be yourself. That's something we hear throughout our lives. It really shouldn't be any different when you're a brand," said Ms. Lieberman. To that end, the company now takes photos the way a consumer might, with the tacos lying on the packaging rather than perfectly propped up.

Negative opinion part of richer dialogue
Encouraging fans to create their own content around a brand can be risky, because they might not respond positively. But that real, open dialogue can still be more engaging than preaching your message, said Mr. Hirschhorn at Burger King.

"I don't think negative sentiment towards a brand is a terrible thing," said Mr. Hirschhorn. "Operating in a world where people have a positive opinion or negative opinion is a much richer territory than telling people to feel one way."

Stories can also inform the user experience. MasterCard shapes its plans by aiming to solve real-world problems for consumers, according to Cindy Chastain, senior VP-global customer experience and design at MasterCard. Its Priceless Cities apps, for example, give customers special offers in select cities.

"The experience is the brand these days," said Ms. Chastain. "It's not just about what we say, it's also about what we do as a company."