Understanding How the Internet Is Transforming Personal Connections in China

As Consumers Become More Social, Learning Their Values Is Crucial
READ THIS NEXT
How restaurant chains are duking it out to be the best in their categories

The internet has transformed China's closed inner circle of personal connections, referred to as guanxi, into a more open chain of relationships, said social-media giant S Y Lau of Tencent. 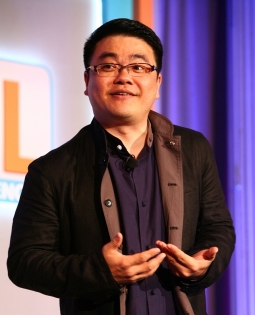 Speaking at Ad Age 's Digital Conference on Tuesday, Mr. Lau described the opportunities for marketers that understand the values of Chinese consumers -- from lack of brand loyalty to a hunger for respect. Mr. Lau is senior exec VP-president of online-media business at Tencent, which includes the QQ messaging service, with 721 million active accounts. Just 14 months ago, Tencent developed a smartphone-messaging app, Weixin, that now has 100 million users, Mr. Lau said.

The numbers are staggering in a country with 513 million internet users: Every day, more than 164,031 Chinese go online for the first time and 17 million new smartphones are activated. Jeremy Lin has 5.4 million fans on Tencent's social networks in China, and 370,000 people play mahjong on the networks at the same time, according to Mr. Lau.

Mr. Lau said that the Chinese are impressionable and intrigued by imagery but unlikely to remain loyal to brands. Creating content -- such as a campaign Tencent did with Nike that led to the formation of 62,000 virtual basketball teams -- helps build brand intimacy.

Consumers' skepticism is often a challenge for marketers participating in big events, Mr. Lau said. In a move to counter that , two years ago Tencent and BMW aimed to create a huge volunteer network by mobilizing consumers in a viral campaign to spread the spirit of the World Expo held in Shanghai.

Chinese also seek respect, or "face," meaning a good reputation in front of one's peers. One expression of that is a huge market for virtual products. "Personal image is vital here," Mr. Lau said. "[People] spend billions of yuan on virtual goods to maintain their online image."

In a Q&A session at the conference, John Quelch, professor of international management and dean at the China Europe International Business School, said that the government does block search results on a few topics and that Chinese web companies understand these limitations.

"But if you look at the upside of having 500 million to 600 million internet users, and the information being exchanged, no central authority can control all that ," Mr. Quelch said. "There are restrictions on sensitive issues. There was a temporary shutdown for three days of the comments feature of microblogging sites. The government didn't attempt to shut down the posting or forwarding features, just comments. ... Reason prevailed, and after three days the restrictions were lifted. Maybe because they were ineffective, maybe because there was such a popular outcry."

Mr. Quelch said Chinese society was built around fear, with citizens close to only "six people around my banquet table." But that 's changing, he added. "Chinese are learning to be social in a much broader societal sense."

That's an important message for marketers. When one blogger posted a bad review of a Siemens refrigerator, the negative message was retweeted 170 million times in China, he said.

"You don't want to be the CMO of Siemens domestic appliances in China," Mr. Quelch said.

There is still a lot of room for growth within China for big internet companies such as Tencent and search giant Baidu, Mr. Quelch said. Although Tencent is developing a small U.S. presence in Palo Alto, Calif., centered on online games, he predicted that when China's internet giants do look overseas, they'll probably act through joint ventures and local partnerships, and enter other emerging markets rather than more developed countries.

"Did you read my plan?" Mr. Lau asked Mr. Quelch with a laugh.