How Agencies Are Helping Their Clients Help the Environment

What started as a low rumble as marketers began talking about green issues has grown to a rather loud din. And as marketers recognize the best business practices of sustainability, they more frequently turn to their marketing partners for guidance. These are some agencies coast to coast that are helping fuel the green machine. 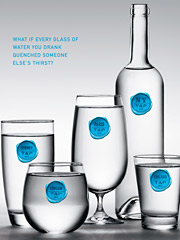 Using those data, an Environmental Media Sustainability Index is created for media planners. The software tool shows how green options, such as solar-panel billboards, can lessen a media plan's environmental hazards. That way, when media planners are considering costs per thousand for clients such as Enterprise Rent-A-Car and Discovery Communications, they can also factor in sustainability. "For those who are truly concerned with sustainability, it matters," says PHD North American CEO Matt Seiler.

Omnicom's Porter Novelli has developed the PN Styles database of 12,000 U.S. consumers, including what it has determined to be the most important segments of the green consumer audience. It recently helped Hewlett-Packard Co. launch its HP Imaging and Printing Group's environmental printing solutions initiative.

Also at Omnicom, Rapp Collins has formed an agencywide Green Council to develop sustainable options and green alternatives in print production. A recent example is a PepsiCo direct-mail campaign. The Lipton PureLeaf effort targeted "Whole Foodies" and focused on the consumer's healthy-living attitude using paper that was 30% post-consumer waste.

Ketchum has established a network of green-focused individuals within all of the agency's practices. Earlier this year, it launched the Ketchum Sustainability Network, a 20-person team specializing in sustainability and environmental initiatives. Dave Chapman, partner and director, is the Omnicom-owned agency's lead on green initiatives. Ketchum has 30 green-focused efforts around the globe, including the "Help the Honey Bee" initiative for H?agen-Dazs, which supports sustainable-pollination research programs.

"We're not a fad," says Adam Werbach, CEO of Publicis Groupe's Saatchi & Saatchi S. He adds: "We aren't jumping on the opportunity; we honestly feel like we've been building it."

There's no disputing that Mr. Werbach isn't new to green. At 23, he was the youngest president of the Sierra Club. And before he sold his consultancy, Act Now Productions, to Saatchi & Saatchi, it was pushing companies to adopt sustainable practices. Now's he's spearheading Saatchi & Saatchi's green efforts via the S operation created last January.

Mr. Werbach has added 15 staff members to the core of 40 from Act Now. These aren't exactly typical agency folks. They include a former energy chair of the Clinton Global Initiative, a minister, a manufacturing-process expert with 30 years of experience in Detroit auto plants, consumer-products-packaging experts, experts in product-life-cycle analysis and architects accredited by Leadership in Energy and Environmental Design. "We are as much management consultants as marketers," Mr. Werbach says. Clients include General Mills' Green Giant brand, health insurer WellPoint and Wal-Mart Stores, which earlier turned to Mr. Werbach as a sustainability consultant.

Leo Burnett's global campaign for the World Wildlife Fund may change its image as an agency for marketers that are not exactly synonymous with sustainability. Publicis-owned Burnett helped the World Wildlife Fund debut "Earth Hour" in 2007, when it plunged the skyline of Sydney, Australia, into darkness. This year Burnett helped push the promotion globally, as more than 40 cities worldwide shut off their lights for an hour. Burnett Senior VP David Brot, who led the U.S. effort, says the project "resulted in a dialogue with management about how to make Burnett a greener place. There's a lot of pride in our leadership role."

Weber Shandwick's Cleantech and Planet 2050 practices lead its green efforts. Cleantech, headed by William Brent, works with companies engaged in renewable energy and energy efficiency. Planet 2050, led by Brendan May, is the agency's global corporate-responsibility and -sustainability practice. Siemens and Honeywell have used the green-practices program of Weber, part of Interpublic Group of Cos. All of Weber's U.S. offices recently were certified for meeting international environmental standards.

WPP's Hill & Knowlton approaches the area as a cross-discipline expertise, tapping regulatory affairs, policy creation, and stakeholder and influencer outreach. HSBC has employed Hill & Knowlton's green expertise for its "No Small Challenge" campaign designed to encourage customers to use paperless banking options. The company has since charged H&K with creating awareness surrounding the unveiling of the bank's first LEED-certified branch in Greece, N.Y.

Landor Associates' research indicates that sustainability must be integrated into an organization as a brand. As a result, the WPP-owned agency decided against creating a stand-alone green unit and has instead embedded sustainability and its green knowledge across the organization. Russ Meyer, global chief strategy officer, is Landor's point person on green efforts. Some of those tapping into its green expertise include BP, News Corp. and Earthpark, an environmental learning center being developed in Iowa.

Independent digital agency IMC2 recently launched Clear Sky Digital Media, a free online tool marketers can use to calculate the carbon footprints of their online campaigns. Clear Sky Digital Media, developed with ICF International and an environmental researcher at Stanford University, converts online media buys into a kilowatt-hour measure of the energy necessary to support their delivery. That measurement is translated into carbon emissions and then used to determine the cost of purchasing reliable offset credits from organizations that fund emission reductions.

Horizon Media slashed the amount of paper used in media buys when it started applying a system called Eleven, which is totally paperless, to maintain buys for local TV, cable and radio. "The total carbon footprint of this process is being reduced 100%," says Amy Berke, senior VP-brand strategy in Horizon's Los Angeles office.


Many agencies are also getting greener on the inside, and it goes beyond recycling paper.