After Decades of Effort, Jagermeister Lands on Top 10 List of Premium Spirits

'Untamed Edge,' Roots and Loyalty to Thank for German Herbal Liqueur's Success
READ THIS NEXT
How restaurant chains are duking it out to be the best in their categories

Jagermeister is No. 8 on Impact Databank's Top 100 Premium Spirits List this year, just behind megabrands such as Smirnoff, Bacardi, Absolut and Johnnie Walker, and ahead of better-known products such as Bailey's, Gordon's and Jim Beam.

Executive board member Michael Volke modestly describes Jagermeister as a "niche brand" and attributes its success to long-term planning rather than trends. 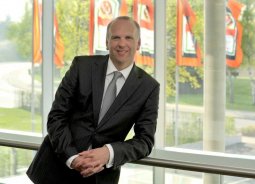 "This has not been an overnight success," Mr. Volke said. "It's been extremely hard work over a long period of time. We do a lot of groundwork, partnering in every country with distributors who have an entrepreneurial spirit and can stay very close to their markets."

Jagermeister does little advertising. Instead, it relies on-trade promotions, experiential marketing -- the orange-clad Jagerettes recently celebrated their 25th birthday -- and music and auto-racing sponsorships. Rock music is the biggest connection point with consumers, or "fans," as Jagermeister prefers to call them. 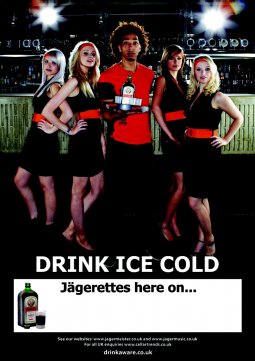 The Jagerettes celebrated their 25th birthday this year.

"We are very much about up-and-coming bands," Mr. Volke said. We want to develop loyalty and credibility by becoming part of the inner circle of a country's music scene, not just to jump in with the big names. We also have tastings to make sure people understand what Jagermeister is and why the bottle looks like it does."

The label shows a stag with a gleaming cross between its antlers -- a tribute to St. Hubertus, patron saint of hunters. Jagermeister (which means "hunt master") is made by blending 56 herbs and spices. The liquor is aged in oak barrels for a year and undergoes no fewer than 358 quality checks.

"Jagermeister has good stories to tell about its roots," Mr. Volke said. "People are looking for substance and uniqueness in a product. Jagermeister is self-confident and has an untamed edge, which is relevant in these times."

Though the brand is growing, Mr. Volke concedes that the recession has been tough. "The consumer trend has been toward drinking at home, and we are very much an on-trade brand. But we are working hard and keeping sight of our aim to be the most coveted brand in the world."