My Mom Was a Mad Man: How Carol Muehl Left a Legacy for Female Copywriters | Ad Age
Skip to main content

My Mom Was a Mad Man: How Carol Muehl Left a Legacy for Female Copywriters

An Excerpt From David Murray's New Book
READ THIS NEXT
The 'Mad Men' Prop Auction: 5 Items You Need At Your Agency 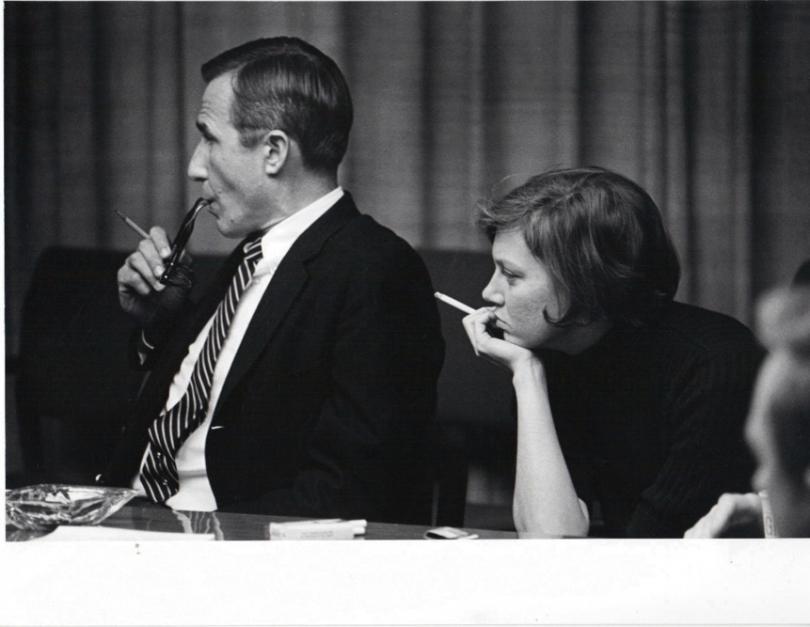 In 1960, a Detroit kid named Carol Calloway graduated from the University of Michigan with an English major, a dance minor and a powerful desire to make money. After putting herself through college with no financial help from her impoverished parents, the aspiring writer realized, as she later told a colleague, "I couldn't make a living writing Chaucer papers."

So she applied to work at Campbell-Ewald, then thought of as General Motors' stodgy house agency. The idea of a woman copywriter wasnovel to say the least. (One woman who applied was turned down, because, she was told, "We already have a girl.")

And being a woman wasn't the only thing that separated her from the conventional car guys at Campbell-Ewald.

She wasn't the sort of person Campbell-Ewald would have hired -- except as one of a group of young Turks that an ambitious 37-year-old copy supervisor named Thomas Murray was bringing in to keep up with the creative revolution seemingly taking place at every other agency but his. He hoped to breathe life into the creative product of men so worn down that when they turned in their work, they merely "bent over," as an art director from the time remembers, "and waited for the lash."

Calloway and other writers began to produce examples of advertising that harmonized with the voice of the creative revolution. She wrote an ad for FTD flowers that showed a man peering through a frame of leaves. The headline: "If you feel silly sending a man flowers when he's sick, send him a big, hairy plant."

She did a safety ad for General Motors, showing a macho truck driver smoking a cigarette and drinking coffee. "Harry never drives more than two hours without stopping. Harry must be a sissy."

For Boeing jetliners, she tried to promote far-away vacations: "There's just one trouble with taking the same vacation every year: you're always the same person when you get back."

And she wrote an ad in 1964 for an unspecified client. "If you feel sure civil rights is moving fast enough," began the headline over a grainy black-and-white photograph of a racially ambiguous child in a crib, "try to imagine your children waking up Negro tomorrow morning."

As she shined at work, darkness descended at home in Ann Arbor. She had married her University of Michigan college professor Jack Muehl, a once-brilliant literary star who began sinking into drug abuse and madness soon after their marriage. There's a story about a dinner party they threw in honor of a visit from the celebrated Chicago novelist Nelson Algren. The young bride made sole piccata with grapes. Her husband declared it inedible and threw the platter on the floor in front of Algren and all the other guests.

Once he threatened her with a gun. She said she was leaving him. He warned her that if she did, he would commit suicide. She moved out. He committed suicide.

After a brief leave from the agency, she returned. "Carol's back," Thomas Murray wrote to his boss, creative director Kensinger Jones in September of 1963. "She's supposed to take it easy for a while so we'll handle it this way. She'll be in most weeks four days. Sometimes she'll take two days off. If it's OK with you, we'll handle it this way without saying anything to anyone else."

The relationship that developed between the married Murray and Carol Muehl was not common knowledge at Campbell-Ewald.

A copy supervisor who was close to them both says he always knew "she admired him from afar," but first learned of their relationship when Murray, after separating from his wife, invited him to play golf at a course near his new bachelor apartment. At the apartment, "the door opened, and there was Carol. And we played golf and there was no discussion about it."

The 29-year-old Muehl and the 44-year-old Murray were engaged. She quit to write books full time, less because she cared too little about advertising than because she cared too much. Advertising "sucked me dry," she remembered. "Couldn't write their crap all day -- and then come home and write good stuff at night. Account executives give me headaches and stomach cramps."

Murray announced her departure in a 1967 Campbell-Ewald memo titled "The Loss of a Lady":

"There was a time not so long ago in this business that, with a few exceptions, women writers were regarded as extravagances, as somewhat expendable specialists who were brought in to write recipes for homemaker ads, give cleaning tips, or otherwise write giggly girl talk. And no one took them very seriously.

"I think they might have gone along that way for a long time, if some smart ladies hadn't come into the business and proved to it that, in spite of their sex, they could be every bit as imaginative, versatile, and thus valuable, as their male counterparts. I remember how surprised some people were around here when Mary Scott first did some outstanding Burroughs advertising, when Margaret Firnschild became the expert on Stran Steel ads... Certainly no one has contributed more to Campbell-Ewald and to this Vanguard of Versatile Ladies than Carol Muehl."

My father's cringeworthy paternalism notwithstanding, it's true: My mother was one of a number of women who didn't fit into the advertising business, until they'd made it better.

David Murray is an author, journalist and editor. This story was excerpted from his book "Raised by Mad Men."

David Murray
View all articles by this author