Harper's Bazaar Is No. 7 on Ad Age's Magazine A-List

By Changing Approach to Focus on Customer Service, Monthly Fashion Mag Rediscovers Winning Style
READ THIS NEXT
How restaurant chains are duking it out to be the best in their categories

NEW YORK (AdAge.com) -- To understand why Harper's Bazaar has become the go-to title for fashionistas both playful and self-serious, one need only examine a partial list of the events, brands, organizations and personalities with which it associated during the past 12 months: New York's hoity-toity Willow Club, for the Fashion Week "Accessories Bazaar" exhibit; the Anti-Counterfeiting Summit 2010, alongside a former deputy national security adviser for combating terrorism; Cadillac and Microsoft's Bing search engine, which were among the new advertisers that contributed to a 49% jump in revenue from non-endemic categories during this year's first nine months; and Nicole "Snooki" Polizzi, who, with her fellow "Jersey Shore" gentlewomen, appeared in the website's most-viewed original video. 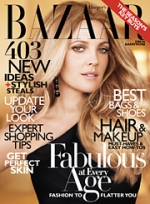 But as the Harper's Bazaar brand kept popping up in unexpected places, the marketing team was contending with the fallout from 2009, which Senior VP-Publisher Valerie Salembier concedes was "very challenging." After near-continuous growth during her seven-year tenure at the magazine, Harper's was, like most titles in its category, hit hard. To get back on track, Ms. Salembier and her team tweaked their approach, centering it around customer service.

"Instead of going out and really pushing the magazine, we said, 'What can we do for you?' Ms. Salembier said. "It helped us make headway with some companies that hadn't been strong advertisers."

Then ad pages in the issues from January through September rebounded to the tune of 13% over the year-ago period, according to the Media Industry Newsletter. Perhaps even more encouraging, single-copy sales spiked 10% in the first half, while magazines on the whole lost ground, according to Audit Bureau of Circulation figures. "Newsstand is a science that [editor in chief] Glenda [Bailey] understands only too well," Ms. Salembier said. "She's British, and she was taught 'newsstand, newsstand, newsstand' from the start of her career."

Look for a more controlled pace, though, in the months ahead. "What I don't like is chaos sales and marketing," Ms. Salembier continued. "We were all so busy last year that a couple of things fell through the cracks, but we've got it all in the right place now."