Marketer of the Year: Coca-Cola

Not Too Big or Too Staid to Innovate, Beverage Giant Earns Top Honor

In its 125 years, Coca-Cola has been one of the world's most dependably good marketers. But there have been rougher times, as Joe Tripodi isn't afraid to admit.

"We honestly believe that the company, probably 10 years ago, lost its way through arrogance, hubris," said the chief marketing and commercial officer at Coca-Cola.

In mid-2007, as Mr. Tripodi was leaving a successful run at Allstate for the beverage giant, his challenges as outlined by Ad Age at the time included: reverse Coke's perception as a sluggish, hidebound marketer; find some consistency with its advertising -- and agencies; and reduce its dependence on its flagship drink. 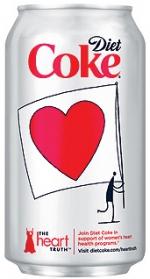 Today, with a team of both relative newcomers and company veterans, including lieutenant Wendy Clark, senior VP-integrated marketing communications and capabilities, Coca-Cola is it again. It's a marketing model not just for mega multinationals looking to share best practices from around the world but also a case study for how upstart and mid-size brands, of which Coca-Cola has amassed many, can use creative stunts and strategic partnerships to get a lot done on a smaller budget.

Diet Coke bypassed Pepsi to become the country's No. 2 soda brand, under the leadership of Katie Bayne, president-general manager sparkling beverages, and Beatriz Perez, former CMO-Coca-Cola North America and the company's current chief sustainability officer. The company added not one, but two billion-dollar brands with Del Valle and Minute Maid Pulpy -- the latter, born in China, is the company's first billion-dollar brand to have launched in an emerging market. Coca-Cola topped Interbrand's most-valuable global brands list for the 12th year. And the company's flagship brand demonstrated that it only gets better with age: Coke is leading the company's growth, with volume up 3% worldwide year-to-date.

"Because of the scale and size of Coca-Cola, we have to have a culture that encourages us to share the learnings and failures, the good, the bad and the ugly," said Mr. Tripodi. "We've got a team of people around the world that is less concerned with getting credit and more concerned with getting behind a great idea."

There have been plenty of those this year. Fanta's volume is up 3% year-to-date on the heels of "Less Serious," a global campaign steered by Jonathan Mildenhall, VP-global advertising strategy and content, that runs in 190 countries. Minute Maid's quirky "Wake Up Your MMOJO" campaign from Doner took orange juice beyond the breakfast table, attracting men and young adults. Diet Coke teamed with StyleCaster, introduced a fashionable limited-edition can and launched new 15-second spots -- all part of a beefed-up marketing calendar, as Alison Lewis, senior-VP North America marketing, looks to keep the soda in its No. 2 slot.

And a new global teen-focused campaign, Coca-Cola Music, kicked off with "24hr Session," which saw Maroon 5 hole up in a London studio to create a new original song. Shay Drohan, senior-VP sparkling brands, has taken that campaign to more than 130 markets.

But that doesn't mean smaller brands have been forgotten. A tongue-in-cheek online video, from agency Zambezi, featured Jennifer Aniston promoting Smartwater and went viral, grabbing nearly 10 million views on YouTube. Fuze got a nod with its first TV campaign, handled by Amalgamated.

Coca-Cola's agencies include Wieden & Kennedy, which handles Coke and Diet Coke; Crispin Porter & Bogusky, which works on Coke Zero and Vitaminwater; and Ogilvy & Mather, which is working on the first ad push for Coca-Cola Freestyle and also handles Fanta.

Mr. Tripodi said the company has gotten sharper about how it thinks about its portfolio and portfolio management, a necessity given there's more than a dozen ready-to-drink non-alcoholic beverage categories it can play in. "We don't try to apply the same mass-marketing, big-brand model against [smaller brands]. Our whole thinking there is around doing things in an innovative and different way that takes a smaller budget and amplifies it," he said. "We're training our marketers and our community -- don't just say "I can't be successful with this small brand, because I don't have a big budget.' That's nonsense."

Coca-Cola is also innovating in food service, with the introduction of Coca-Cola Freestyle, which snagged its first major national accounts this year. Using micro-dosing technology, the next-generation soda fountain serves up 125 different flavors of soft drinks, flavored waters, sports drinks and lemonades and sends usage data, such as what flavors are most popular at what times of the day, to Coca-Cola headquarters.

The futuristic Freestyle is just one example of how Coca-Cola continues to set the agenda. The company attracted attention with its competitive review for a social-media listening agency. And it turned heads by taking a minority interest in Music Dealers to help it discover and license music from popular bands around the globe.

Most recently, the company teamed up with Leo Burnett to turn more than 1.4 billion Coke cans white to raise awareness and funding for the World Wildlife Fund's polar-bear conservation efforts. Pio Schunker, senior VP-integrated marketing platforms, is ensuring it's one of the company's most-integrated efforts ever.

All of these efforts are examples of the way the company is coalescing around management's 2020 Vision, which involves doubling system revenue and more than doubling servings to some 3 billion per day. It's a daunting goal, considering the company wants to do in just over 10 years what it took nearly 125 years to accomplish.

Mr. Tripodi says the company's ability to innovate the product, the packaging and consumer engagement are what will get Coca-Cola there. "It gives you some air cover, when you're doing well, to try things, be bold, be disruptive," he said. "It all ladders up to a thought process that says [our 2020 Vision] is very achievable, if we stay disciplined and focused."