TVGuide.com, Slate, Get Glue Among the Winners
READ THIS NEXT
How restaurant chains are duking it out to be the best in their categories

For the 2011 Media Vanguard Awards introduction and directory of awards by division, click here. 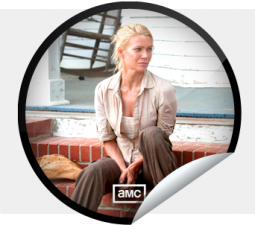 A 'Walking Dead' sticker for GetGlue users to unlock

getglue.com; apps available on iTunes and in the Android Market

GetGlue has nearly 2 million registered users who check in more than 16 million times a month (via GetGlue.com and its mobile apps) as a way of sharing their pop-cultural passions. As check-ins ricochet across Twitter and Facebook, the result is the formation of real-time communities of fans who are all loving the same thing at the same time -- a marvel in our time-shifted, disintermediated age, and the reason why GetGlue now has partnerships with 35 TV networks, 10 movie studios and five major record labels.

In the two years since Longreads founder Mark Armstrong first started tweeting links to his favorite in-depth reading material, the hashtag #longreads has been used by thousands of readers and publishers in a collective act of "community-powered curation," and has spawned a website that lets users search by topic and reading time. Former McCann Erickson creative chief Joyce King Thomas recently joined forces with Longreads to formalize brand partnerships and to help build out Longreads as the web's leading portal for discovering quality long-form journalism.

The team at TVGuide.com closely monitors the social-media chatter about TV on Twitter and across the web, but they saw room for creating their own social-TV platform, called Watchlist. Users add their favorite shows, actors and teams; TVGuide.com tells them where (on TV, on demand, online, etc.) and when to watch. Since the official launch in August, more than 425,000 users have created Watchlists, and TVGuide.com has gained plenty of proprietary insights -- including learning in advance from Watchlist activity which fall TV shows would end up as hits. 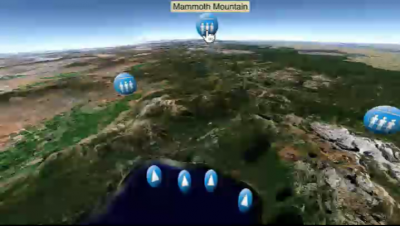 VTour builds groundbreaking multimedia virtual tours, using HTML 5, that allow potential visitors to "visit" destinations -- including the Mammoth Mountain ski area and the Nike U.S. Open of Surfing -- in self-selected 360-degree views that include integrated audio, video, maps, live webcam feeds, e-commerce functionality and social-media links. A VTour can be so immersive that it feels like a gaming experience (as opposed to a sales pitch), which is why clients like Mammoth are seeing visitors spend an average of nearly 12 minutes engaging with VTours.

Remember the podcast craze? It faded in part because most podcasts weren't very good. But Slate's -- particularly its Culture Gabfest, Political Gabfest, Hang Up and Listen (a sports roundtable), and Manners for the Digital Age -- are awesome enough to collectively attract more than a million downloads a month. And an ongoing series of TIAA-CREF-sponsored live Gabfests has packed venues at colleges around the country.