10 Brands That Made Music Part of Their Marketing DNA

Converse, Amex, Red Bull, Philips and Others Collaborate With Artists in Innovative Ways
READ THIS NEXT
How restaurant chains are duking it out to be the best in their categories

Licensing popular songs for ads is so passé. Here are the advertisers who have a track record of going a step further with music -- and demonstrating for consumers that making tunes is a meaningful part of their marketing DNA. 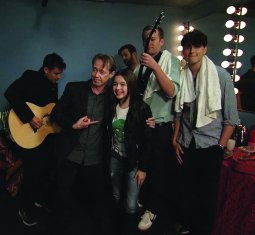 "Unstaged" is the name of American Express' livestream experience of concert performances by major musical acts. The program, which started in 2010, boasts high-quality production, with the brand bringing in notable directorial talents to shoot the shows. AmEx partners with Vevo and YouTube on the events, which air on amexunstaged.com. The results can be intriguing, like in 2013, when Vampire Weekend headlined while Steve Buscemi sat in the director's chair. This year's performance also included a "choose your cam" feature that let audiences see the performance from the director's main camera or the artist's POV. Previous pairings included: The Killers and Werner Herzog; Kenny Chesney and Jonathan Demme; Duran Duran and David Lynch; and Jack White and Gary Oldman.

Since stepping becoming chief creative officer at Burberry in 2001, Christopher Bailey has made music a key piece of the fashion brand's marketing efforts. One of its biggest music initiatives has been Burberry Acoustic, which highlights the work of emerging British talents through a series of stylish online videos. The artists, naturally, are outfitted in Burberry clothing, but the spotlight falls most directly on them and their work. Recently, Mr. Bailey has woven music into the brand's high-profile runway shows. Last February, he invited up-and-comer Tom Odell to join the models on the catwalk for a live performance. The brand also now employs a full-time music team. Music "sets the directional mood for what we're working on," Mr. Bailey told The Guardian earlier this month, adding that with his music team, he's able to have "the most random conversations that I would be embarrassed to have with anybody else. I can talk to them about a feeling or a particular kind of voice and they will just suggest an artist."

When Lincoln revamped its image early last year, it adopted the tagline "Hello Again." An ambitious project in which the automaker spent a year collaborating with artists followed. The first concept out of the gate was a live show by Lincoln agency Hudson Rouge and director Chris Milk, which featured singer Beck performing his interpretation of David Bowie's "Sound and Vision." The performance was filmed at the 20th Century Fox Studios in Los Angeles for 3D, using multiple cameras. It was then turned into a 360-degree interactive experience. The brand also tapped directing duo Wriggles and Robbins to reimagine the old-school LP. They created a film that saw the world from the record's point of view, depicting people's reactions to the music imprinted within it -- Amateur Beast's "Be Happy." Best of all, it was done by asking actors to improvise a scene when they heard the music for the first time.

Why bother licensing music when you can create a hit of your own? Martin Agency creative director and resident music-maker Dave Muhlenfeld (who has also composed music for the agency's campaigns for Walmart, Infinity and FreeCreditReport.com) wrote the twee "Wonderfilled" anthem that serves as the backbone of the Mondelez brand's first major campaign out of the shop. Following its image-driven 100th anniversary push, the effort positions the sandwich cookie as inspiration for trying something new, all set to the easy-on-the-ears tune. Owl City, aka singer/songwriter/instrumentalist Adam Young, performed the anthem starring classic baddies like the Big Bad Wolf and a vampire, while subsequent spots featured freestyle rapper Chiddybang and singer/songwriter Kacey Musgraves. The lyrics, along with the animation style, change with each execution, touching on themes from heartbreak to high school life. 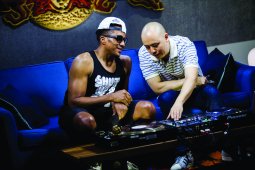 Red Bull isn't just for energy. The brand -- known for its creative, outside-the-box marketing -- wants to be a go-to beverage that's at ease in any cultural setting, whether at home mixed with vodka or downed during a skateboarding outing. So it makes sense that it considers music a major part of its identity. For over a decade it's run the Red Bull Music Academy, a festival underwritten by the brand. The "academy" is aimed at musicians of all genres, and flies in students and celebrated artists to a major international city every year. Red Bull's musical reach is big enough that it can be considered an industry heavyweight. It has its own music label, Red Bull Records, that works with independent up-and-coming artists like Awolnation and Twin Atlantic on opportunities to partner with other brands and help sync a Red Bull Records track with an ad campaign. It also has Red Bull Music Publishing, which boasts studios, production, publishing and rights-management abilities. 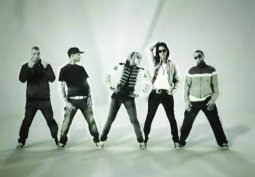 Converse is a longtime supporter of musical collaboration. The sneaker brand worked with Anomaly on "Three Artists, One Song," which rolled out original tunes performed by a mashup of artists. The first track back in 2008 was "My Drive Thru," which brought together the artist then called Santogold, Julian Casablancas and Pharrell Williams. Subsequent years saw a dance track by Hot Chip, Hot City and Bernard Sumner; the gritty "Desire" by Paloma Faith, Blur's Graham Coxon and Bill Ryder-Jones; and the melodic rap "I'm a Goner" by Matt & Kim, Andrew W.K. and Soulja Boy. More than bringing together famous artists, the brand helps new ones find their way, too. In 2011, it opened the Williamsburg, Brooklyn-based Rubber Tracks Studio, to help the careers of emerging artists. Budding musicians from all genres apply to use the studio for rehearsals, recording and postproduction at no cost. Recent RubberTracks efforts include a tie-up with Guitar Center, which has produced a series of "Geek Out" videos teaching artists how to use different tools to enhance their sounds.

The fast feeder has long endeavored to fill the tummies of starving musical artists with its "Feed the Beat" program, which provides budding music performers free restaurant gift cards to help feed them during tours. In addition, in 2013, the company released the rockumentary "Hello Everywhere." Directed by RSA's Sam Jones, it chronicles the stories of indie hit band Passion Pit and emerging talent Wildcat! Wildcat!, highlighting the similarities and stark differences in their careers. The film was shot during South by Southwest this year and was released on August 25 for free on Vevo, which partnered with the brand on the project. Beyond that, for its recent Live Mas campaign, the brand has brought some fun, pseudo-Spanish-language twists to pop tunes, like Lionel Richie's "Hello" and Fun.'s "We Are Young."

Philips Sound is a master of using music creatively to drive sales of their headphones and speakers -- and cultivate a fan following that appreciates good music and creativity. One of the brand's recent campaigns has revolved around the concept of "Obsessed with Sound." With agency Tribal DDB Amsterdam, Philips created an interactive music experience that streamed the Grammy Award-winning Metropole Orchestra online, and singled out certain musicians to hear the details of their sound. It also gave insight into each musician's personal tastes and musical tendencies. To turn pubs into music destinations, Ogilvy London worked with Philips to partner with bars to design handcrafted tables that pumped out music when headphones were plugged in. Tunes that played reflected the neighborhood's musical tastes. And more recently, the brand created a retro-cool campaign with electronica band Swiss Lips. A dedicated site -- aimed at the 18- to 24-year-old set -- lets you play a 16-bit driving game and, in the process, remix the song and create your own music video.

You might think an insurance brand like State Farm has little business sponsoring musical talent, but artists figure into its strategy of targeting a younger audience and shedding its stodgy image. It's not just about songs in ads, though. The company works closely with ticket search engine SeatGeek to gather data to help inform its musical partnerships, leading to tie-ups with bands like OK Go and Blink-182. It also sponsored a SeatGeek newsletter that goes out to 400,000 registrants. Although "there's a high risk-reward" with the less famous artists, "every time you can bring SeatGeek's data into the mix. . .you take out a lot of the risk," State Farm digital-media manager Matt Johnson told Ad Age in June that the company uses SeatGeek data to "identify which artists are the safest bets … who's hot and really feels like us."

Earlier this month, Under Armour released "Natural Born Hitters," a mixtape that incorporated the musical talent of producer Pharrell Williams and a motivational speech by retired NFL Ravens linebacker Ray Lewis, inspired by the film "Ready for August," which explores Lewis' high-school football years and how his experience serves as an example for young players. Each track represents a theme of the film: training, practice and pregame. The sportswear brand invited consumers to play with the mixtape and make their own versions through a special app. Five finalists were recently announced, and the best one will become the soundtrack of an Under Armour spot airing during "Monday Night Football."