In first NewFronts pitch, ESPN breaks down X's and O's, 1's and 0's

READ THIS NEXT
Vice buttons up at its 2018 NewFronts event 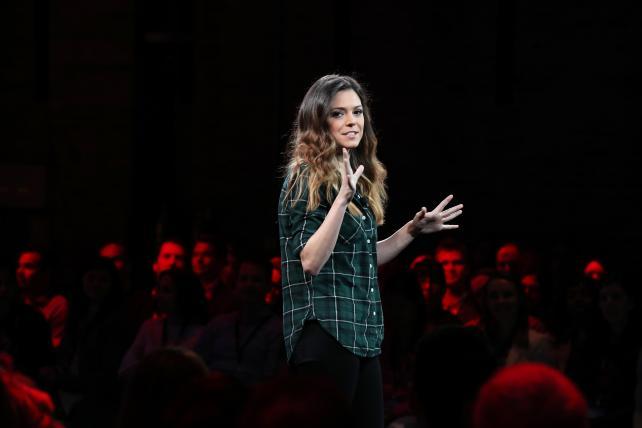 On the heels of the introduction of its its subscription streaming service ESPN+, the Walt Disney Co.'s sports-media goliath on Wednesday announced that it is rolling out a daily, digital version of its "SportsCenter" flagship on the newly-revamped ESPN app.

Hosted by popular late-night "SportsCenter" host Scott Van Pelt and a rotating cast of other ESPN anchors, the daily version of the scores-and-highlights show will help fans get caught up on any news or must-see clips they may have missed the night before.

Speaking to media buyers and advertisers this afternoon at ESPN's first NewFronts presentation, Van Pelt said viewers who fall asleep to his midnight TV show and wake up to the new digital program might feel like they're in a marriage with him, "or we're hooking up," before stepping back to let his audience "decide which is the more horrifying thought."

Van Pelt's freewheeling interpretation of "SportsCenter" is ranked among ESPN's highest-rated studio telecasts. The show gets a boost whenever it leads out of a high-impact live event; in the wake of Friday night's Oklahoma City-Utah NBA playoff tilt, for example, the night-owl "SportsCenter" was cable's third highest-rated show, drawing north of 1 million adults 18-to-49.

In a bid to drive viewers to the all-digital "SportsCenter," the show will be featured prominently on the home screen whenever the user opens the ESPN app. Wednesday's announcement was made just days after Twitter unveiled a new live content-and-advertising agreement with ESPN, a pact that includes the forthcoming shows "SportsCenter Live" and "Fantasy Football Live!"

Another digital series in the works is "Always Late with Katie Nolan," a personality-driven stew of pop culture, hot sports takes, interviews and pre-produced segments hosted by the former host of Fox Sports' "Garbage Time." Since joining ESPN in October, Nolan has appeared as a panelist on "Highly Questionable," has hosted "SportsCenter" on Snapchat and recorded 18 installments of her weekly podcast "Sports? with Katie Nolan."

ESPN introduced "Always Late" with an absolute ankle-breaker of a sizzle reel which, as it was unspooling in real time, suggested that someone very high up in the command chain had taken leave of his senses. But once Nolan took the stage to intervene (at one point, the soundtrack was playing something rather akin to calliope music), it became clear that the whole thing was just a bit. (As Nolan explained, it's tough to produce a sizzle reel when not a frame of the show has been shot.)

"I'm sorry, can you just stop … can you just stop that?" Nolan said, before going on to suggest that it might make a little more sense for her to try and talk advertisers through the basics of the show. "Basically it's just going to be me taking everything in—because sports fans get inundated with information and stats and games all week long—I just want to take all that, chew it up and then help you digest it. I'm like the mom bird and the fans are like little baby birds and … this is getting really gross."

Nolan made a quick play to encourage advertisers to reach for their wallets. "One thing we will definitely have is a lot of segments in the show. So, things that could be 'brought to you by…' you or you," she said, pointing to two marketing types in the audience. "I don't know, you guys fight it out."

"We've made a concerted effort in the marketplace … our teams are out together," Erhardt said, pitching cross-platform Disney TV/digital buys. "We've done a number of versions of deals and we're talking to people in the upfront about how we can work together with all of you. It's for real, it's happening."

King wrapped the event with a quick dive into some recent digital stats, saying that the ESPN app in April notched 109 million uniques, 1 billion visits and 800,000 video starts, during a month that coincided with the NFL Draft, the first round of the NBA playoffs and the NCAA Div. I Men's Basketball Championship. "That's awesome, but like you, I also care about target-ability," King said. "Because the truth of the matter is, you matter the most. Every app experience is your experience. Whether you are one of the 4.1 million Dallas Cowboys fans or 436,000 Jacksonville Jaguars fans, we serve you anyway."

The next logical step: laser-focused addressability. "The point here is to care a environment where not only does the content appear seamlessly and beautifully in the mobile space, but so do ad messages," King said. "Everything has to feel like yours, including your messaging and our content. Because when it does, you're more likely to stick and stay and consume."

Vice buttons up at its 2018 NewFronts event

Without big news to push, some publishers sit out NewFronts

The best and worst of the 2018 NewFronts

Verizon uses mobile might to get Oath apps on Samsung phones 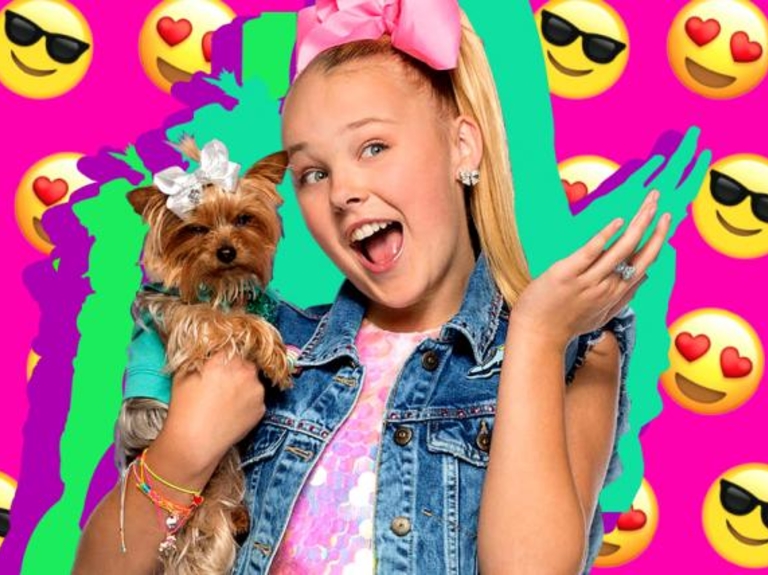 Fire up the Google, because Viacom's NewFront pitch was a literal Who's Who of influencers