It's Groundhog Day for the NewFronts

READ THIS NEXT
Vice buttons up at its 2018 NewFronts event 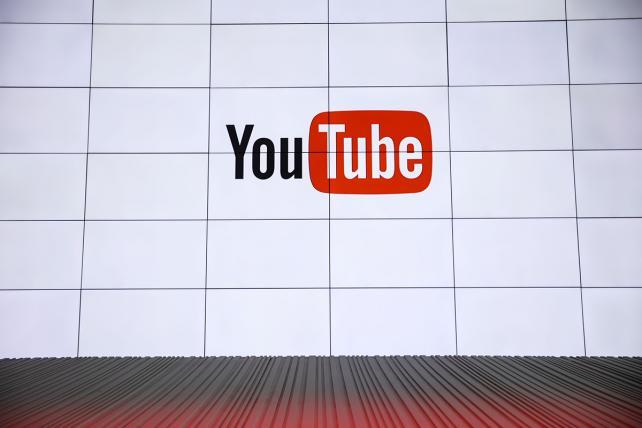 Another NewFronts, yet another brand-safety scandal.

In a scene that could be taken straight out of the movie "Groundhog Day," YouTube will once again find itself having to quell advertisers' fears during its NewFront presentation next week. The Google-owned video behemoth enters the pitch-a-palooza after reports surfaced last week that it ran ads from over 300 companies and organizations on extremist channels that promote white nationalists, conspiracy theories and North Korean propaganda, among others.

Certainly, YouTube is familiar with this song and dance. In the weeks leading up to the 2017 NewFronts, a bevy of advertisers including AT&T and Walmart boycotted the company when it was discovered their ads were showing up on racists and terrorist videos.

At the time, YouTube said it was installing safeguards to protect advertisers from unknowingly associating themselves with controversial content. Ultimately, it didn't appear to impact last year's negotiations. But what's happened since then? YouTube CEO Susan Wojcicki will need to offer more than the very brief apology she issued media buyers and their clients at last year's hoopla.

"No one platform is 100 percent safe," says Tara Walpert Levy, VP of agency and media solutions at Google. "I think everyone appreciates this is a journey, but clients feel good about the progress."

Walpert Levy says many customers have regained their confidence in YouTube since last year after the company issued several changes to help protect brands from appearing in controversial content. This includes algorithmic changes, as well as ensuring that those ads that run as part of its Google Preferred package only appear in videos that have been verified by a human.

Procter & Gamble reportedly returned to advertising on YouTube last week, albeit much more selectively, after pulling its ads last year.

YouTube, which is moving its dog-and-pony show to the iconic Radio City Music Hall (NBC Universal will also host its upfront presentation there just over a week later), will continue to take on TV by promoting its reach. And buyers predict it will begin offering the two minutes of commercial inventory an hour it can sell to advertisers in its live TV service.

While Facebook will not present during the IAB-run Digital Content NewFronts, it will nonetheless be as much a part of the conversation as any of the brands in the lineup.

Brand safety is the predominate theme

Digital publishers are expected to come to the table with one of two messages, according OMD's chief digital officer Ben Winkler: We are better than TV or we are better than YouTube. The first argument plays on TV's ratings erosion and the ability for digital to precisely target audiences. While those that claim they are better than YouTube will be emphasizing their ability to deliver premium, brand-safe content.

"NewFronts have always been about legitimacy and about an industry that has something to prove," Winkler says.

Hulu certainly falls into the camp of boasting about how it outperforms traditional TV.

Even as TV networks like NBC and Fox make announcements about trimming commercial loads next season and improving their ability to target more precise audiences beyond Nielsen age and gender, Peter Naylor, senior VP of ad sales at Hulu, says he will remind the audience at Madison Square Garden that TV networks will still have twice as many ads per hour as Hulu and 100 percent of Hulu's audience is internet delivered, meaning everything can be targeted.

Hulu comes to the NewFronts this year with a new CEO: Randy Freer joined the company in October from Fox Networks Group where he served as president and chief operating officer.

Hulu will begin packaging its two minutes of commercial inventory it has available to sell as part of its live TV service during this year's negotiation, with plans to incorporate dynamic ad insertion – the ability for marketers to swap out ads and serve different creative to different viewers based on a variety of factors – this summer, Naylor says. The company plans to sell the inventory in its live stream the same way it sells its on-demand inventory, by audience, according to Naylor. It will not offer targeting by show or network.

Naylor will also make some announcements around measurement and attribution, but declined to elaborate.

Viacom, ESPN and Meredith will need to prove they are legitimate digital businesses, OMD's Winkler says.

As is typically the case, every year a handful of traditional TV players take to the NewFronts to talk up their digital efforts. It's a move that's become increasingly perplexing as TV networks boast their ability to seamlessly integrate both their traditional linear and digital offerings.

Viacom is hosting its first NewFront following several major digital initiatives over the past year, including the launch of its content studio and the acquisitions of influencer marketer WhoSay and online video event VidCon. It will surely talk up how its content studio is developing programming specifically for platforms like Snapchat, which it renewed its deal with last week.

And ESPN joins the fray following the release earlier this month of its direct-to-consumer subscription service ESPN+.

Vice's presentation will most certainly be diametrically different than in years prior. During last year's soiree there was a boxing match between Eddie Huang, host of Viceland's" Huang World," and Vice's chief of staff and producer Niall Cooney. And in 2016 former CEO Shane Smith laid down on stage and admitted he drank "a few ales."

This year's gathering is expected to be more subdued following a spate of executive firings after the New York Times in December reported on complaints of sexual assault and harassment and a "boy's club" culture.

Among those who will be making appearances is Nancy Dubuc, former A&E Networks CEO who is taking the helm of Vice from Smith. She isn't expected to speak during the presentation, but her presence is surely a reminder that change is coming.

Twitter is returning for its second NewFront pitch, after last year it announced partnerships with 16 sports, news and entertainment companies to live stream programming. The big question will be how many of these partnerships will be renewed and which resonated with users.

Matt Derella, global VP of revenue and content partnerships at Twitter, pointed to the success they have had with Bloomberg's "TicToc," BuzzFeed's "AM to DM" and partnerships with the NBA, NFL and MLB.

Live will of course be a centerpiece of Twitter's announcements next week. As part of this, Twitter will be introducing ways it can help brands be broadcasters, Derella says. While many marketers were eager to go live when Facebook first introduced its Live feature, the hysteria has faded substantially. It will be interesting to see how Twitter tries to bring it back.

The company will also be exploring more on-demand content, Derella says, pointing to highlight reels it will be producing with Fox Sports during the World Cup.

And Twitter will develop content around some communities that have formed over the past year that reflect the movements that are happening culturally, according to Derella. While he declined to comment on specifics, it is likely there will be content related to the #MeToo and #TimesUp women's movement, among others.

As The New York Times looks to convince video buyers they are focused on storytelling, the news behemoth will make a push into Hollywood. "The thing 'The Daily' taught us is the real differentiator for the Times is the talent and the stories they tell," says Sebastian Tomich, global head of advertising and marketing solutions at The New York Times. "How they got to the story is just as powerful as the story itself."

Tomich declined to elaborate until the presentation next week, but said the Times will be leaning into the entertainment world. The New York Times will also focus on its investment in business news, Tomich says. "It's the biggest bet we are making and there will be a lot of investment in that space."

This year's IAB-hosted NewFronts in New York City will run just one week instead of its typical two weeks. There will also be a West Coast-based event in the fourth quarter.

~ ~ ~
CORRECTION: An earlier version of this article misidentified Bloomberg's video channel on Twitter as Tick Toc. Its name is TicToc.

Vice buttons up at its 2018 NewFronts event

Without big news to push, some publishers sit out NewFronts

The best and worst of the 2018 NewFronts

In first NewFronts pitch, ESPN breaks down X's and O's, 1's and 0's

Verizon uses mobile might to get Oath apps on Samsung phones