Time Inc., publisher of iconic magazines like People, Time and Sports Illustrated, introduced a slate of live and episodic digital-video shows at its NewFronts presentation Thursday in New York, pitching ad buyers on a slate that was the most TV-like yet among traditional publishers.

Sport's Illustrated's "SI Underdogs," a series about high-school football players, will return for its third season. Its daily, live talk show "SI Now" will continue through 2014.

Ford is continuing its sponsorship of "SI Now," a spokesman said. Time Inc. is talking with potential sponsors for "People Now," but no brands are currently attached.

The various series Time Inc. showed off Thursday range in length from 10 minutes to an hour, a spokesman for Time Inc. said. They cost anywhere from $5,000 an episode to six figures an episode to produce, according to J.R. McCabe, senior VP-video at Time Inc.

"Content is the pretty girl at the dance," Time Inc. CEO Joe Ripp said after the event. "And we're the prettiest girl."

In addition to the new and returning shows, Time Inc. tried to interest ad buyers in the 24-hour live-streaming digital sports network 120 Sports, a partnership with several major sports leagues as well as the video production company Silver Chalice. The online network arrives this year.

Time Inc. also announced plans to roll out a digital platform to house all of its video. The Daily Cut, expected to go live later this year, is similar to a site Conde Nast announced at its NewFront this week. That site, dubbed The Scene, includes digital video from Conde Nast's magazine brands as well as partners like ABC News and BuzzFeed.

Time Inc. joined Conde Nast and four other print publishers in presenting at this year's official NewFronts, a series of pitches by digital publishers seeking TV ad budgets partly by imitating TV's long-running upfronts, where networks promote upcoming shows to ad buyers. Thus far, however, the digital videos on display at these presentations have largely failed to gain broad audiences.

Thursday's event was arguably of greater importance to Time Inc. than other traditional publishers making their pitches. Its parent, Time Warner, plans to spin off Time Inc. into a publicly traded magazine publisher at a time when magazine revenue is falling. Time Inc. executives have tried to put a happy face on the spin off, but it has created a measure of anxiety among employees worn down by layoffs that have hit the company this year and last. Even more job cuts are expected at Time Inc., Time Warner said in its first-quarter earnings report this week.

The company tapped People magazine editor Jess Cagle to host the NewFronts presentation, the company's first. He helped keep the mood light, playfully suggesting the crowd take a drink of alcohol every time he dropped certain NewFront-specific jargon like "unparalleled access." At one point, Mr. Cagle also riffed on a video clip that showed a woman saying, "I was fired from Vogue and went to rehab."

"If I had a dime for every time someone said, 'I was fired from Vogue and went to rehab,' we could all call it a day and go see 'Spider Man,'" he said. 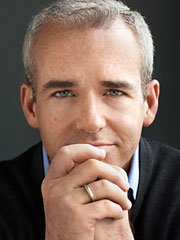 Several media buyers at Thursday's presentation said they were impressed by Time Inc.'s presentation and lineup, but the question they'll want answered is how the company plans to get those videos in front of a large audience. "It comes down to a combination of quality content and distribution," a media buyer said.

Time Inc. has partnered with sites like AOL, Cinesport, Defy Media, NDN and Newslook to distribute its video. On Thursday, Time Inc. announced additional partnerships with Daily Motion, Scripps sites including Ulive, Net2TV and Roku. It also hopes to get a boost in viewership by promoting the videos across its magazines' websites and in their print pages. A broader marketing campaign could happen later this year, Mr. McCabe said.

"We have a larger megaphone than anyone else," he added.

Along with the new shows mentioned above, Time Inc. plans to roll out the second season of "Southern Living Biscuits & Jam," which combines food and music; "The Climb," a series on fashion icons and emerging stars; "I (Heart) My Closet," which goes inside celebrity closets; and "Entertainment Weekly Lightbulb," where actors, writers and others talk about the creative process with the editors of Entertainment Weekly.