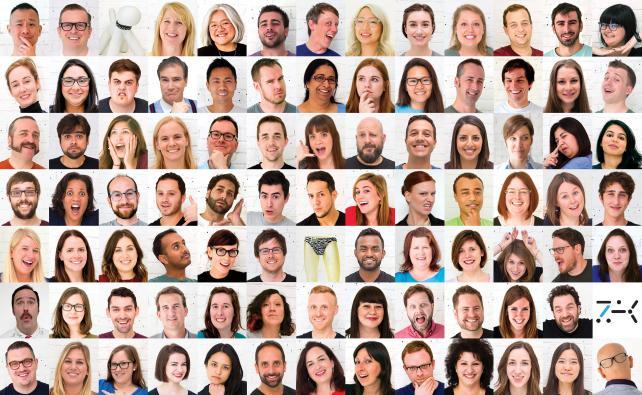 I hate conferences. I'm not a fan of the schmoozing. And the thought of spending time away from my wife, kids and dog just to attend one never interested me at all. What creative person in his or her right mind would willingly attend a conference?

In fact, I had never been to one until last month's Ad Age Small Agency Conference in Miami. Admittedly, I was only enticed to go because our agency was shortlisted for a Small Agency of the Year award.

Ad Age's conference manager had sent me a personalized email saying we had been "named a medal finalist" in the 75-150 person category. For the first time ever, I decided to go and invited our executive team, which, luckily, includes my wife (the kids and dog had to stay home).

The first morning of the conference kicked off with José Mollá, the charismatic founder and CCO of The Community. I'm sure, like me, every agency owner in attendance felt a kindred connection to his personal insights and war stories, which we'd all experienced at some point in our collective entrepreneurial journey.

The defining moment for me was when Mollá described proudly walking through his agency, years after launching, and seeing meetings happening without him. I realized here I was eight years in and I'm still in those meetings. It struck me that I need to make some big changes.

After being inspired to radically transform things when I got back to Toronto, that evening our team attended the awards ceremony. As I sat in the audience awaiting the results, I was nervous and excited. It was only fitting that the awards show itself moved at a fast and nimble pace like that of a small indie shop.

After the 75-150 person category winners were announced, our agency came up empty-handed. We were all a little dismayed. Then it dawned on me -- this had all been a ploy to get us to pay to attend the two-day conference. "Never again!" I thought.

Finally, it was time for the last award of the evening. A flood of emotion came over me when Ad Age Editor Ken Wheaton announced us as Small Agency of the Year. I reflected on the journey, from the agency's start in my kitchen to this very moment. Ad Age was once again in my good books.

After the show, there was a real sense of camaraderie as I spoke to fellow agency owners. Many of them truly believe that smaller is better -- that our size allows us to be more agile, have a stronger vision and culture, and ultimately be better partners to our clients. I, too, used to think the same things. When I first decided to launch Zulu, I dreamt of one day having a small agency of 15 people max.

But once we had our first client, we were already at 18. Then, my perfect agency number grew to 25 and then to 30. A few years later, when there were 40 of us, it hit me one sleepless night that our ideal size shouldn't be tied to a number at all -- it had to be tied to our guiding principles and values. The same things that many of the speakers touched on in Miami.

So the answer to that age-old question of "How big do you want to get?" is really simple. The answer is, it doesn't matter how small or big you are. What matters is staying true to your core values whether you're 50 or 500. You'll have become "too big" the moment you compromise those values. Good and bad agencies come in all sizes.

As an independent agency, Zulu's mission has always been to battle against the industry's absurdities and antiquated models. Our belief that size is immaterial has been one of the keys to success in running our business and in winning pitches against much bigger multi-nationals.

For example, new business RFPs requiring free "speculative creative" put our core values to the test every day. Early on, we made an unconventional decision to say "no" to spec. Since then, this has become an intrinsic part of our new business philosophy, centered on the principle of giving existing clients our undivided attention.

When you're trying to grow an agency, it's disheartening to turn down potential clients by saying "no." Would we be bigger if we'd said "yes" all the time? Absolutely. But would we be better off? Not likely.

So whether you're a small agency trying to grow bigger or a big agency trying to act smaller, this is one conference I can finally endorse. After only the first speaker, I remember thinking, "I'm coming back next year."

Well, as it turns out, I now have no choice. Last year's winner always presents the award to the following year's winner. See you in Miami or wherever next year's conference is in 2017. Toronto maybe? We make a mean peameal bacon sandwich. 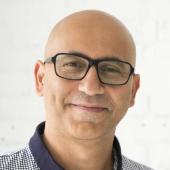