So you own a small agency: Here's what to know about selling -- and buying | Ad Age
Skip to main content
Sign In Register

So you own a small agency: Here's what to know about selling -- and buying 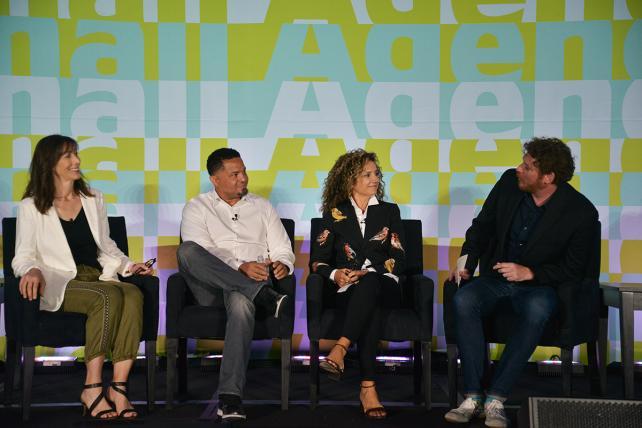 Thinking of selling your ad agency? Agency boss Ahmad Islam has a warning: "It's all heart emojis up until the day the deal closes. Then it gets weird."

Islam in late 2014 sold Chicago agency Commonground to private-equity firm PCH Communications, and "for a variety of reasons it did not work out," he said on a panel Wednesday at Ad Age's Small Agency Conference in Marina del Rey, California. But after multicultural network Commonground/MGS, which housed Commonground after the sale, shuttered in late 2015 amid financial problems, Islam rebounded in 2016 with Ten35, an agency where he is CEO and managing partner.

For his second act, Islam explained, he made sure to retain control, keeping a 51 percent stake. (Eastport Holdings, an agency holding company, owns the rest.)

Islam appeared on a panel with two other agency chiefs who offered their perspectives on agency deals: Jean Grabow, president and managing partner at Dailey, a West Hollywood, California, ad agency that last year bought itself back from Interpublic Group of Cos.; and Sharon Napier, CEO at Partners & Napier, a Rochester, N.Y., agency that she sold in 2011 to agency group Project Worldwide.

The three agency chiefs agreed it is important to understand and appreciate an agency's culture—and to listen closely to employees—whether the agency is selling or buying.

Regaining independence "was the right thing for us to do culturally," Grabow said. In a way, it was a logical move for both buyer and seller: While Interpublic had owned Dailey since the early '80s, the agency already operated pretty independently from its single office.

For Napier, the goal from day one was to sell in 10 years, she explained, because it gave the regional agency financial resources, the ability to expand and more scale that has helped the agency recruit talent. "I sold to really make my agency better," she said.

Napier noted that the mergers and acquisitions space has changed since she sold, with major holding companies "struggling to define themselves" and less interested in adding more ad agencies to their mix. But Napier said consultancies such as Accenture, private-equity firms and agency "micro networks" are on the hunt for deals.

Small Agency of the Year, International, Silver: No Fixed Address