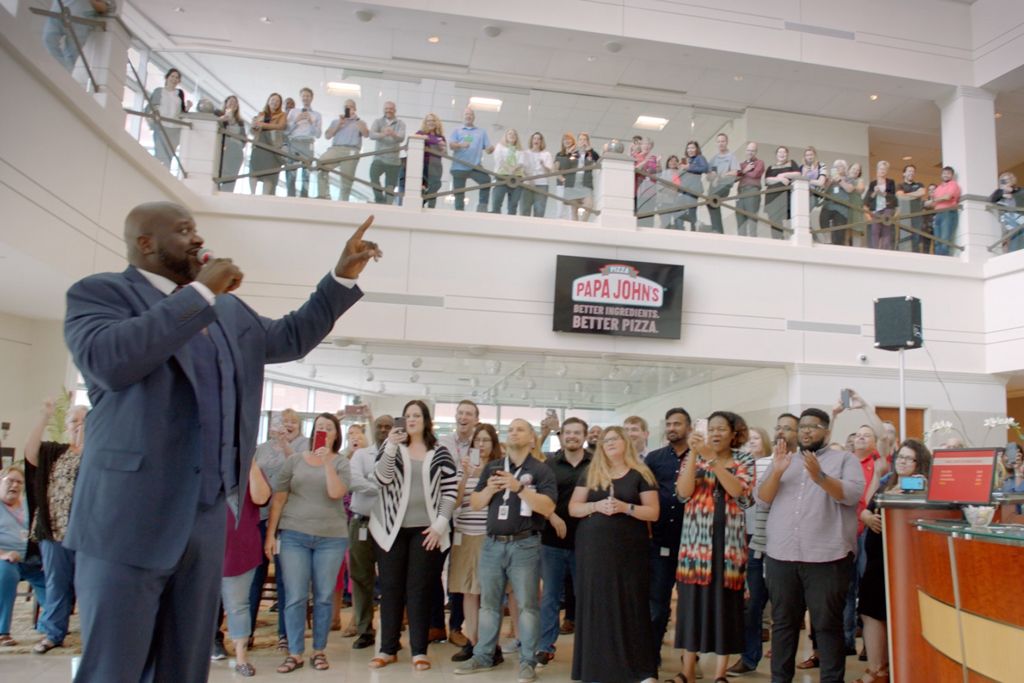 NBA legend Shaquille O’Neal was part of the "It's a Better Day" campaign for Papa John's.

San Francisco-based Camp + King pulled off arguably one of the most remarkable brand turnarounds in recent history. Along with NBA hall of famer Shaquille O’Neal, the agency’s “It’s a Better Day” campaign helped propel struggling pizza chain Papa John’s into an era of same-store sales growth after a downward slump ignited by the missteps of former CEO/Founder John Schnatter and massive turnover in its marketing leadership and agency ranks.

While landing that agency-of-record gig last year—its biggest win in history—the agency also kept pace for existing clients with standout work reflecting a broad skill set across diverse categories. For client RE/MAX, the shop created a platform that empowered the firm’s realtors to make their own ads, and for lifestyle apparel brand Prana, Camp + King conceived a surprisingly touching campaign that recruited one of its customers to drop her day job to pursue her real passion—for a $100K “salary.”

Heading toward its 10th anniversary next year, Camp + King counts diversity as one of its biggest strengths. It supports a “major/minor” program to encourage its 60 staffers to add to their existing talents. Women also makeup the majority of staff and leadership, comprising 61 percent of the agency overall and 56 percent of director-level posts.