Living on the Edge: How one small agency moved on after a breakup of its founders | Ad Age
Skip to main content
Sign In Register

'The worst day of my life was also the start of something new,' says World Famous president
READ THIS NEXT
6 takeaways from Ad Age’s Small Agency Conference
Credit: iStock

Living on the Edge is a weekly series exploring how small agencies have overcome adversity and applied creativity, ingenuity and hard work to solve a business problem. This installment is about how one small shop recovered after the breakup of its founders.

Several years ago, I took a chance with a creative partner to build a hybrid production company that we called World Famous. It was a 50/50 partnership between two guys that eventually grew to 17 employees and a pretty OK business.

But as time went on, it was clear that my partner and I had two very different visions for the company. Our squabbles became more regular, company morale started to decline and eventually, the phone stopped ringing. Our business had gone from pretty OK to pretty bad, and by the time we agreed to break up, we had more money going out than coming in.

So, there I was, trying to negotiate a buyout, building a plan for what happens next and dealing with the fact that I had to tell my people that one of their metaphorical parents was leaving and that a third of them would be laid off. The meeting went about as well as you’d expect. With emotions running high and questions getting sharper, I lost it. I said something like "If you don’t want to do the hard work of building an agency known for doing great work, then I don’t want you here.”

It was not my best moment.

It was, in fact, one of the worst days of my life–but it was also the start of something new. This was my shot to realize my vision for World Famous. I couldn’t let the opportunity slip away, so I did everything I could to keep the doors open. I borrowed $300,000 against my house, stopped taking a salary, hired an old colleague, Dan Brown, as our new executive creative director and began the hard work of rebuilding.

Did I mention that in the midst of all of the breakup drama I also signed us up for a time-consuming pro-bono project? It was for a four-year-old Make-a-Wish patient with cancer who wished for a cartoon to tell her story, and we couldn’t say no.

While the Make-a-Wish project united us and gave us something to be proud of, Dan was crushing it on more creative development opportunities. We were producing great work, which opened the door to more projects and, eventually, an amazing opportunity to pitch for a large telecommunications spot–which we won.

From there, the ball kept rolling. We got more work, rebuilt our teams, and by the next fiscal year, our revenue had doubled. Along the way, we began to see that the brands we were working with needed more than just a production company. They needed a creative partner that understood the process to carry them through it–from strategy and ideation all the way to execution. We saw an opportunity to be that, and last year, we made the decision to become a creative agency. And now? We’re doing the best work we’ve ever done with clients like Amazon Web Services.

It was a long, twisted road to get to where we are today–from a pretty okay production company, to an incredible one, and now, an amazing creative agency. What can I say? It’s not easy becoming World Famous.

Do you have a story to tell about how your small shop overcame adversity and came out stronger? Click here to learn more about out new series and remember the deadline is tomorrow to enter our Ad Age's Small Agency Conference & Awards. 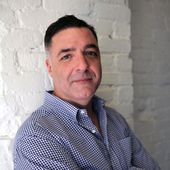