Facebook Wants to Be Part of Networks' Programming Strategy

Madati Cites 'Ready for Love,' Cricket World Cup, 'Dallas' As Social-Media Executions That Add Value
READ THIS NEXT
How restaurant chains are duking it out to be the best in their categories
Kay Madati, Facebook's head-entertainment and media, global marketing solutions, speaks at Ad Age 's Social Engagement/Social TV Conference at the Hilton New York Wednesday morning.
Credit: Patrick Bulter

Content is still king, but Facebook can help networks and brands extend the chatter surrounding popular TV events, according to Kay Madati, the social-media company's head of entertainment and media, global marketing solutions. 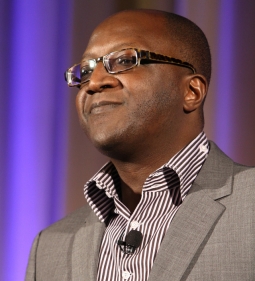 Speaking this morning at Ad Age 's Social Engagement/Social TV conference, Mr. Madati said Facebook's long-term vision is to bring the stickiness of its platform to the daily experience of watching TV. He pointed out that Facebook's VP-Product, Chris Cox, has spoken of a future where Facebook-enabled TVs could automatically record shows that a critical mass of a user's friends had liked.

Mr. Madati gave some examples of brands and networks that are creating social experiences to build audiences and that are integrating Facebook into programming strategy before a televised event. He also discussed NBC's upcoming dating show, "Ready for Love," executive produced by Eva Longoria. The program will premiere in the fall but was announced last month with the launch of a Facebook fan page where potential viewers and contestants can examine the profiles of three eligible bachelors. Applications to vie for their affection can be submitted only through Facebook.

"It's a big commitment on NBC's part to try to build a narrative around the content," Mr. Madati said.

Mr. Madati said TNT is courting a new generation of viewers for its reboot of "Dallas" by building out a detailed "timeline" back to 1968. Written in the voice of J.R. Ewing, it also introduces new characters. The Facebook exec also screened a short video with testimonials from the PepsiCo India team discussing how they used Facebook to promote the company's sponsorship of the 2011 Cricket World Cup. (Before airing seven new TV spots featuring Indian cricketers, PepsiCo posted them on Facebook and drove eyes to them with premium ads.)

"These are some of the creative executions that can really start to add value," Mr. Madati said, adding that "social is no solution to bad content."

He didn't discuss Facebook's potential as a platform for streaming digital content, but entities ranging from the movie studio Miramax to the Facebook-commerce company Milyoni have been distributing movies for rental there. The Miramax "eXperience" platform offers rentals for 30 Facebook Credits, the equivalent of $3.

Facebook gets a 30% cut from transactions made with Credits, and distribution of digital content on the platform is a huge potential revenue stream, according to some analysts. Brian Wieser of Pivotal Research Group forecasts that by 2017, Facebook could make as much as $1.7 billion from distribution of music and filmed entertainment.

Why Slim Jim's TikTok is aggressively commenting on user accounts

Why Crocs hired Digitas to scale globally amid a tough economy