TV programmers are using social platforms to break through the traditional confines of storytelling that limit plots to just the small screen.

At MTV and VH1, Kristin Frank, senior VP-digital, said they are telling stories across all screens and in between episodes and seasons. "Fans don't stop being fans when the show is over," she said.

The target audience for VH1 is adults between the age of 25 to 34 who are highly active in social media. This demographic represents $1.1 trillion in purchasing power, she said.

One way MTV and VH1 does this is by having their stars, like Drita D'Avanzo of "Mob Wives," build one-on-one relationships with viewers through social-media platforms such as Twitter. With more than 300,000 followers, Ms. D'Avanzo sends out tweets during episodes of the show.

"It allows fans to feel like they are watching the show with you," she said. "They want to see who else is watching and who else you know...They like watching me interact with other reality stars like Pauly D."

Ms. D'Avanzo also tries to directly respond to as many fan tweets as possible. 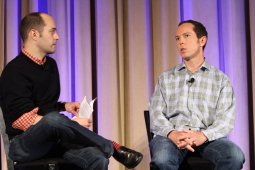 Getting the stars of shows to engage with viewers through Twitter and Facebook is key for programmers, said Matt Nix, executive producer, creator and writer of USA Network's "Burn Notice."

"The more excited people are, the more likely they are to watch the show live," he said. "The amount of fan excitement is really important for those of us that live and die by the number of eyeballs watching."

Mr. Nix is also utilizing social platforms to get viewers to vote on a new title sequence for "Burn Notice," whose sixth season premieres on June 14.

Of course, social media isn't a replacement for compelling programming.