Why the 2011 'Social' Super Bowl Will Break Digital Records

Smart Brands Will Anticipate and Exploit Consumers' Directions
READ THIS NEXT
CBS about 80% sold out of Super Bowl ad inventory
Here's one of the first and potentially most important predictions for 2011: The mother of all TV-anchored events, the Super Bowl, will break all records for digital and social innovation. Go ahead, write that down and hold me accountable.

I know, this sounds counter-intuitive -- almost gravity-defying -- but bear with me for a moment. I've been tracking Super Bowl ads for nearly 10 years now -- starting with my first online-feedback startup and more recently with Nielsen -- and the march of digital and social innovation around the ads gets bolder and better every year.

We shouldn't really be surprised. Big money is on the line (as are careers), a point hardly lost on today's crop of CMOs who are looking to optimize all aspects of the marketing mix.

Evidence of integration is everywhere, this year most notably in what my colleagues at Nielsen referred to as the Engagement Trifecta -- the Super Bowl, the Winter Olympics and the World Cup. This eight-month window saw the biggest single concentration of media investment in ad history.

Powerful cross-platform patterns emerged, and the smart brands, we learned, left little to chance. The 2010 Super Bowl advertisers who got the biggest buzz dividends -- from Frito-Lay and Budweiser to Denny's and Snickers -- had superb digital foundations in place and a keen eye toward both fan participation and rewards.

During the Olympics, big TV advertisers like P&G got extra dividends by using Twitter and Facebook to fan the flames of their much buzzed-about "Thanks, Mom" campaign. The World Cup saw brands like Nike and Adidas break taboos and aggressively cross-promote TV copy to Facebook pages. Networks like ESPN and Univision, meanwhile, exploited the full value chain of offline-online integration.

Welcome to what me might call Media Mix Modeling 2.0. This is the term I used in a presentation and white paper last year at Advertising Research Foundation's annual Rethink conference, which centered on the mixing, remixing and blending of paid media, owned media and earned media -- otherwise known as the POEM framework.

I like the simple POEM metaphor because it implies rhythm, cadence and dot-connecting. The future of marketing is a unified team effort in which all three variables -- paid, earned and owned -- sync, synergize and socialize.

Think of a team with two primary players -- paid media and owned media -- and a stadium full of fans (earned media). In high media-spend situations, paid media -- responsible for buying and producing the $2.4 million spot -- is the quarterback, while owned media owns a big piece of the offensive line.

The fans, meanwhile, give credit to good performance in the form of earned media -- unless of course the brand fumbles, which then becomes spurned media (which is quite common).

That said, you can't take the synergies for granted. It takes work to find the groove. Listening is mission-critical, and in the case of the Super Bowl, the ad copy from the get-go has to be engagement-worthy. Here are four critical enablers of POEM synergy -- all highly relevant to the Super Bowl.

Brand readiness: This is the degree to which the brand is prepped and primed to maximize POEM synergies. Readiness starts with great listening processes, but it also means ensuring the website or brand stands (Facebook or Twitter, for example) are primed and ready to engage at all levels with consumers, especially around feedback. I typically look at around 20 variables of brand readiness before a big spend event, starting with influencer identification and the most basic "sharing" infrastructure in place. What I know for sure is this: If you prime the pump, your buzz jumps.

Brand agility: This is the degree to which the brand is prepared to respond to or engage in real time against conversational or engagement flows. If early buzz on a Super Bowl ad fixates on a certain aspect of the copy, brands with high levels of "brand agility" tend to take full advantage through ad tweaking, PR interventions, social-media engagement and more. Agile brands can "sense and respond," and they staff their Twitter and Facebook accounts 24/7. This is also a factor that inevitably requires serious decisions about -- yes, I'm going to say it -- head count.

Brand advocacy: Brands with higher brand advocacy generally get higher earned-media dividends from paid- or owned-media triggers. Brand advocacy is all about the degree to which consumers recommend, endorse, praise or publicly bear allegiance to the brand. Think Facebook fans or Twitter followers or positive Amazon reviews. Every brand dropping serious coin on a Super Bowl ad should have a clear read on brand advocacy (or even Net Promoter) levels. Moreover, they need to know how to nurture that advocacy or where negative advocacy can work against them.

Brand latency: All earned media has a so-called latency effect. It sticks and can be either the gift that keeps on giving or the curse that keeps on slapping (think organic search results). Latency can also affirm consumer attitudes about a spot. Brands like Doritos, PepsiCo and Nationwide have strong latency factors, and even Pepsi, which took a paid-media siesta last year for the Super Bowl to pursue its Refresh Project, reaped big free-media dividends because of previous game investments. Remember, Google never forgets, and that can translate into a big competitive advantage.

With or without a strategy or plan, integration will occur because consumers don't need brands to connect the dots or fuse media pieces together. Engagement today is so easy and friction-free that we'll be spouting commentary on Super Bowl ads like an open fire hydrant in the summer. That said, smart brands will think three steps ahead of the consumer and both anticipate and exploit their likely directions.

So prime your eyes not only on the Super Bowl ad, but on the full 360-degree dynamics of consumer engagement and conversation around the spots. Trust me, we'll break new ground in 2011.

Pete Blackshaw is CEO of Cintrifuse, a syndicate fund and startup incubator backed by P&G, Kroger and other companies in Cincinnati. Before that, he led digital innovation at Nestlé in Switzerland. 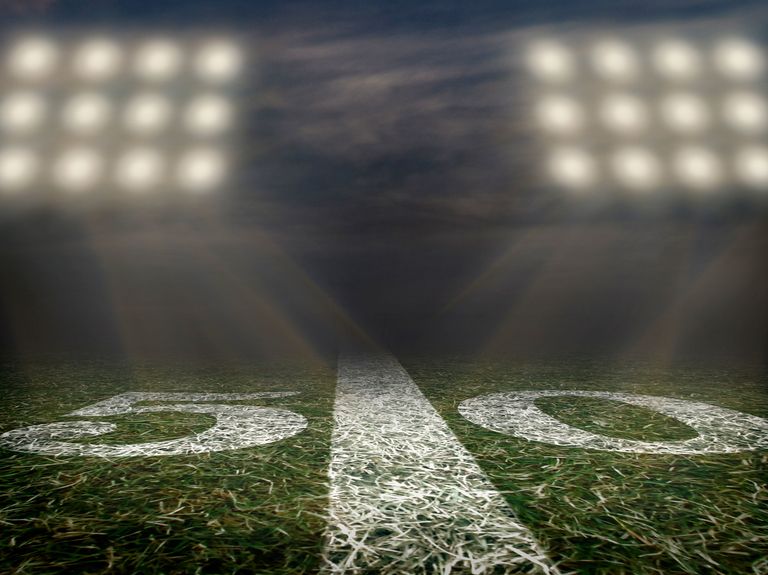 CBS about 80% sold out of Super Bowl ad inventory