You’re there to entertain a huge audience, not pander to a tiny slice of it
READ THIS NEXT
Pepsi’s Super Bowl Halftime Show sponsorship ends after a decade

But like the game itself, old tactics aren’t always a good fit for modern circumstances. Remember Budweiser’s puppies? Those super-sentimental ads performed very well with viewers, but the brand decided it needed to move away from them. And Tide’s 2018 takeover to “own” Super Bowl advertising was truly brilliant, but the kind of stunt that only works once.

Which styles are set to work best in 2022, and how can a returning or new advertiser make the biggest impact?

We test every year’s Super Bowl ads live with real audiences, studying what delivers the best short- and long-term impact for brands. Here are the 5 best ways to nail a Big Game slot.

Bring in a familiar face

The highest-scoring debut of recent years is 2021’s DoorDash ad. Fresh off a successful IPO, the food delivery company took its Super Bowl bow with an ad celebrating neighborhoods. It starred the inhabitants of America’s best-loved fictional neighborhood, the Muppets of Sesame Street. Putting a Muppet in your ad is a surefire way to make audiences sit up, take notice and smile.

Hiring a celebrity or a puppet doesn’t come without risk, of course. The main issue is that it can distract from your brand—there’s no point paying for a Kardashian if nobody remembers whose ad she was in. With the DoorDash spot, there’s a genuine link between the characters and the brand, which lets them get away with the attention-grabbing tactic.

If there is a lesson to be learned from Tide’s 2018 success, it’s that most ads are very generic—it was easy for Tide to get a laugh when a typical car, sportswear or perfume ad turned into “it’s a Tide ad,” because those commercials feel so familiar. So it’s worth thinking about how to stand out as a brand and move outside the usual category codes.

Take Huggies in 2021, with its “Welcome to the World, Baby” ad, which topped the listings for that Super Bowl. Diaper and baby product ads usually all look the same, featuring gurgling babies and gentle voiceovers. Huggies instead told its ad from a baby’s perspective: There was still a lot of cuteness to go around but with a quirky outlook that took it beyond the limitations of its category.

For an automotive brand considering a return to the Super Bowl, it’s worth looking at which car ads have done well in recent years. Car commercials are a frustrating genre; despite automotive brands being some of the world’s most famous, the ads tend to be generic. At the Super Bowl, though, car advertisers relax a little. Some even dare to tell a few jokes.

The most successful recent Super Bowl car ad was for Jeep in 2020, starring Bill Murray reprising his role from “Groundhog Day.” This was a surprise and a big hit with viewers, but what really made it work with the audience was its humor. Murray is effortlessly funny, and the ad had a lot of the original film’s dry, amusing vibe.

One potential advantage small brands have over big brands: They can make ads personal by putting the spotlight on their founder or their particular mission. Of course, to do this you really need an interesting mission or a charismatic founder, something that gives viewers a reason to care. But it can be an emotional hit. Automotive and pet supplies manufacturer WeatherTech scored very strongly in the 2019 Super Bowl with a spot that starred the founder’s own dog. Not only was the dog a cute lead actor, it made the story of how WeatherTech created its safer pet products more authentic.

But getting the humor and tone right is really important, as Oatly found out in 2021 with a rather awkward spot featuring its founder singing in a field—which left the audience cold and the brand with one of the lowest scoring ads on the database.

Remember who your audience is (Hint: It’s everybody)

There’s so much talk around who won Super Bowl advertising in the trade press that it can be a distraction from what the event is actually good for. Super Bowl ads aren’t about impressing the ad commentators or even the awards juries. They are a once-a-year opportunity to reach an audience whose breadth is impossible to match.

It’s not a time for worrying about personas or segments. It’s a time for embracing mass appeal and trying to make sure as many people as possible are entertained by your brand. Stunt ads—such as Burger King’s spot with Andy Warhol eating a cheeseburger for an awkward minute—may play well with jaded creatives but just leave viewers shrugging.

Ultimately the way to nail a Super Bowl ad is simple—use familiar faces, strong stories and humor if you can. And always remember you’re there to entertain a huge audience, not pander to a tiny slice of it. Get those things right when you return, and you’ll wonder why you ever left. 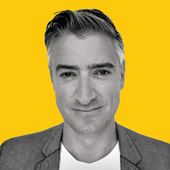