Super Bowl Advertisers Warming Up to Slots Late in the Game

After Years of Skepticism, Marketers Begin to See Value Near the End
READ THIS NEXT
Amp spotlight: Super Bowl 2020’s best—and most memorable—ads 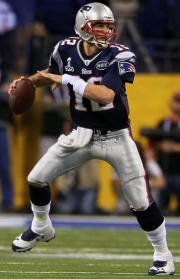 A slew of lopsided Super Bowls in the 1980s and 1990s ingrained in marketers a simple rule: Ads in the fourth quarter or late third quarter are not worth as much as those in the first half. Who wanted to be advertising in the fourth quarter of 1986's Super Bowl XX, for instance, with the Chicago Bears on their way to trouncing the New England Patriots 46 to 10? Or late in 1993's Super Bowl XXVII, when the Dallas Cowboys creamed the Buffalo Bills 52 to 17?

Over the last few years, however, that convention has turned on its head.

Consider the 2010 Super Bowl, in which the New Orleans Saints made their event debut and polished off the Indianapolis Colts 31 to17. According to Nielsen, the most-watched ad of the game was a spot from PepsiCo's Doritos that appeared in the fourth quarter, around 9:30 p.m. About 116.2 million viewers checked it out -- more than the average viewership of the game itself. In 2011, according to Nielsen, a fourth-quarter ad for General Motors' Chevrolet Camaro was the most watched, netting about 119.6 million viewers as the Green Bay Packers worked on finishing off the Pittsburgh Steelers, 35 to 21. The 14 most-watched ads in that game. Moreover, all aired during the third or fourth quarters, according to Nielsen.

"That approach has definitely diminished," said Sam Sussman, senior VP- director at Publicis Groupe's Starcom USA, where he oversees advertiser negotiations for all the big TV-sports programs. Marketers are now "factoring in not only ratings but social conversations and buzz," he added. "In the fourth quarter, if it's a close game, that's where the audience is going to be. It has certainly been a smart play the last handful of years."

To be certain, marketers continue to use their position in the game to negotiate on price. And advertising in the game itself still costs much more than in the post-game show -- with in-game commercials averaging $3.7 million to $3.8 million but 30 seconds soon after costing more like $800,000, according to a media buyer with knowledge of negotiations. Ads sold in the first commercial break after the game are said to cost more than those that follow.

This year's Super Bowl, however, seems to have brought unusual demand even for post-game slots. Both Allstate and Coca-Cola are running commercials in the first break after the end of the game, each with crucial strategic importance for the advertisers. Allstate has secured the first slot in the first post-game ad break to use its popular character "Mayhem" to tout its services before the Super Bowl throng dissipates. Coca-Cola has perhaps even more at stake. The beverage giant is using a 30-second spot in the third slot of the first post-game ad break to reveal which conclusion viewers chose for a cliffhanger in a spot in the Super Bowl proper.