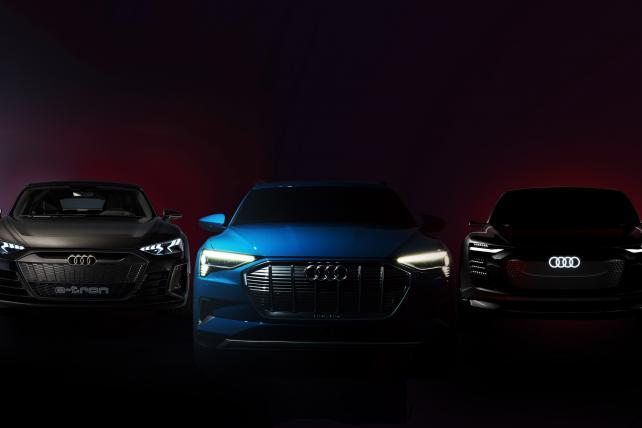 Audi is coming back to the Super Bowl after sitting out last year. The luxury auto brand will use a 60-second spot in the second quarter to spotlight its electric vehicle ambitions.

Agency-of-record Venables Bell & Partners will handle the ad. No creative details were released. Audi is making the pricey media buy as it prepares to launch three battery electric vehicles in the next three years, starting with the Audi e-tron SUV. It has begun taking reservations for the vehicle, which has a $74,800 starting price.

Electric vehicles remain a niche market today, but Audi projects that nearly 30 percent of its U.S. customers will go electric by 2025.

"We're returning to the biggest advertising stage to let America know that electric has gone Audi," Loren Angelo, VP of marketing for Audi of America, stated in a press release. "Last fall, Audi introduced its first all-electric production e-tron SUV followed by the e-tron GT concept debut at the LA Auto Show, signaling an aggressive push into electrification. The big game is a perfect platform to continue the momentum."

The ad marks Audi's tenth Super Bowl ad. The brand last appeared in the 2017 game with an ad called "Daughter" that promoted equal pay for women and men. The spot proved polarizing, with some critics calling attention to the majority-male makeup of the brand's executive team. It drew plenty of praise, too, and finished third in USA Today's Ad Meter ranking.