Bait & Win: What Super Bowl Trolling Teaches Us About the Future of Marketing

The practice of trolling is being redefined by marketers as a disruptive and effective marketing platform that speaks to a new generation of people who use social media constantly, both young and old. It's a means of direct and immediate communication and it creates a much coveted, totally interactive engagement with consumers. It's also probably been the most inexpensive marketing platform out there.

Until this year's Super Bowl.

During the big game Wendy's trolled McDonald's relentlessly, roasting it for its "flash frozen" beef patties in its "Iceberg" spot, in :15s that were essentially broadcast tweets with hashtags and, finally, suggesting that the "Frozen Arches" were responsible when the broadcast glitched for a few seconds with dead-air time.

"Y'all freeze that live feed?" Wendy's asked McDonald's on Twitter.

Wendy's of course has been successfully savaging McDonald's for some time with #NationalRoastDay. KFC also trolled McDonald's recently, throwing shade on Twitter by referencing Trump's "nuclear button" tweet, claiming that its box meal "is bigger and more powerful" than McDonald's. But with its Super Bowl debut this year, the fine art of trolling has moved from outlier tactic to mainstream marketing strategy.

As with most radical marketing plays there can be a downside to trolling. Tossing the holiday spirit out the window last Christmas, Netflix savaged 53 people who repeat-watched the cornball comedy "A Christmas Prince" on its streaming service. A delicate dance, throwing shade at your own customers, and indeed it backfired on Netflix. While its trolling campaign generated lots of social heat, it became more "bait" then "win" for the company as users returned the savagery with a tweet-tsunami ripping it for being creepy and abusing its Big Brother ability to watch what people watch on its service.

Trolling as a marketing tactic baits and provokes, but when done right it triggers lasting social conversations in which people share their passion for brands, and have fun doing it. Clearly people are on social platforms, talking about topics your brand cares about, whether you like it or not. You can ignore it, or you can engage.

There are risks involved. Trolling can be aggressive and can escalate into a war of words, but if used correctly it also can stir a loyal fanbase with bold and head-turning statements about brands and what they stand for. For it to work, however, marketers need to keep these five points in mind:

1. Establish a brand voice first. Being armed to react in real-time takes a considerable amount of planning ahead of time. Knowing the brand voice matters, which is why we believe that no brand should be on social without first developing its brand strategy.

2. Recognize your "breaks" and capitalize on them. Not every brand gets a break and sees an opening to go after its competition like Wendy's did after McDonald's touted its "flash frozen" burgers, but when you do, bold marketers must embrace and seize the opportunity.

3. Tap into real-time zeitgeist in the moment of your push to illustrate your point. Reaction GIFs are a hyped thing, but they may not be a hyped thing tomorrow. You have to plan, and you have to move quickly.

4. Turn negatives into positives. It's easy to point out a competitor's negatives. There is always enough of that already in social. Instead, focus on what's great about your brand.

5. Face reality. When it comes to putting a stake in the ground, you have to remember that what you stand for must hold true. Sometimes a great idea will need to be put on hold until what your brand is about to say becomes a reality. Not all good ideas are right for your brand. Read the real reviews, don't ignore the opinion you don't want to hear and remind yourself of any brand flaws. In 2018, consumers don't have patience for a one-sided view or conversation.

On social platforms, we tend to worry more about social negativity, but every day, fans are also saying good things about your brands. Why not leverage these as part of your marketing mix? They are simply the new, modern media-culture version of a good review. 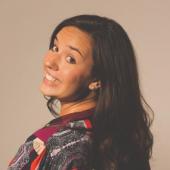 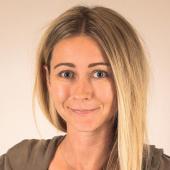