Intends to Advertise Across NFL Season, Not Just on One Big Night
READ THIS NEXT
Amp spotlight: Who really won the Super Bowl?

A veteran sponsor of the Super Bowl halftime show is giving up its valuable roost.

Bridgestone Americas, the tiremaker that has sponsored the Super Bowl halftime program since 2008, lending its ad backing to everything from Tom Petty singing "American Girl" to rapper M.I.A. flashing a middle finger during a performance by Madonna earlier this year, said Tuesday it had opted to change the terms of a long-running sponsorship pact it has with the National Football League. 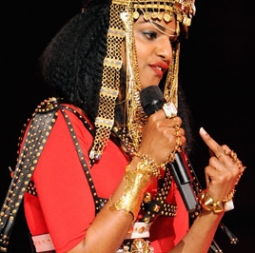 While Bridgestone will continue to be known as the "Official Tire of the National Football League," it intends to "shift its focus" from backing the halftime program to reinforcing promotional messages about the performance of its tires throughout the NFL season, the company said. It is likely to continue as an advertiser during the Super Bowl.

"Plans are being finalized for a high level of consumer activation that will provide the opportunity to better connect with consumers by providing them with exclusive access to major NFL events from the offseason to the Super Bowl," Bridgestone said in a statement.

The change came as Bridgestone extended a sponsorship pact it has with the NFL through March 2016. Bridgestone has been an NFL sponsor since 2007.

The company's shift takes place after the most recent Super Bowl halftime show generated some controversy -- the first time the much-watched event had done so since Janet Jackson bared part of her breast on CBS in 2004. In this year's halftime event, rapper M.I.A. raised her middle finger and uttered a profanity that NBC was unable to block despite a time delay.

"What happened is the responsibility of M.I.A., and what happened during the show was, in our view, offensive and very unfortunate," Dan MacDonald, VP-community and corporate relations for Bridgestone Americas, told Ad Age in an interview in February. "We hold the artist responsible."

Bridgestone received around 20 emails of complaint, said Mr. MacDonald at the time, a smaller amount than it has in years when the halftime show featured relatively controversy-free musicians.

The Nashville company now feels that spreading out its promotions across the NFL season "makes good business sense at this point," said Philip Dobbs, chief marketing officer, Bridgestone Americas, in a prepared statement.

The Super Bowl halftime show was once known for a more sanitized brand of entertainment. In its 1985 iteration, an Air Force entertainment unit of dancers and other performers offered up riffs on the theme "World of Children's Dreams," and the 1976 broadcast featured Up With People celebrating the American bicentennial with a program themed "200 Years and Just a Baby."

The concept of having a backing sponsor was intermittent at first. In 1979, Carnival lent its name to a Caribbean-themed halftime program, but a sponsorship petered out again until 1989, when Diet Coke lent its name to a show called "Be Bop Bamboozled in 3-D," which came complete with 3-D effects. The idea appears to have begun in earnest in the early 1990s, when the NFL sought to put on a bigger program to eliminate distractions from rival networks who weren't showing the game but trying to counterprogram against it during halftime.

In 1995, for instance, Oscar Meyer presented a concert starring Diana Ross. Since that time, E-Trade, Progressive , AT&T Wireless, Ameriquest Mortgage, Sprint Nextel and others have sponsored concerts by U2, Shania Twain, No Doubt, Paul McCartney and The Rolling Stones. AOL, touting a faster speed for its online service, was the sponsor of the 2004 program featuring Janet Jackson.