Anheuser-Busch will still run ads for Bud Light and Michelob Ultra, but says it will funnel Bud’s investment into a vaccine awareness campaign
READ THIS NEXT
Amp spotlight: Who really won the Super Bowl? 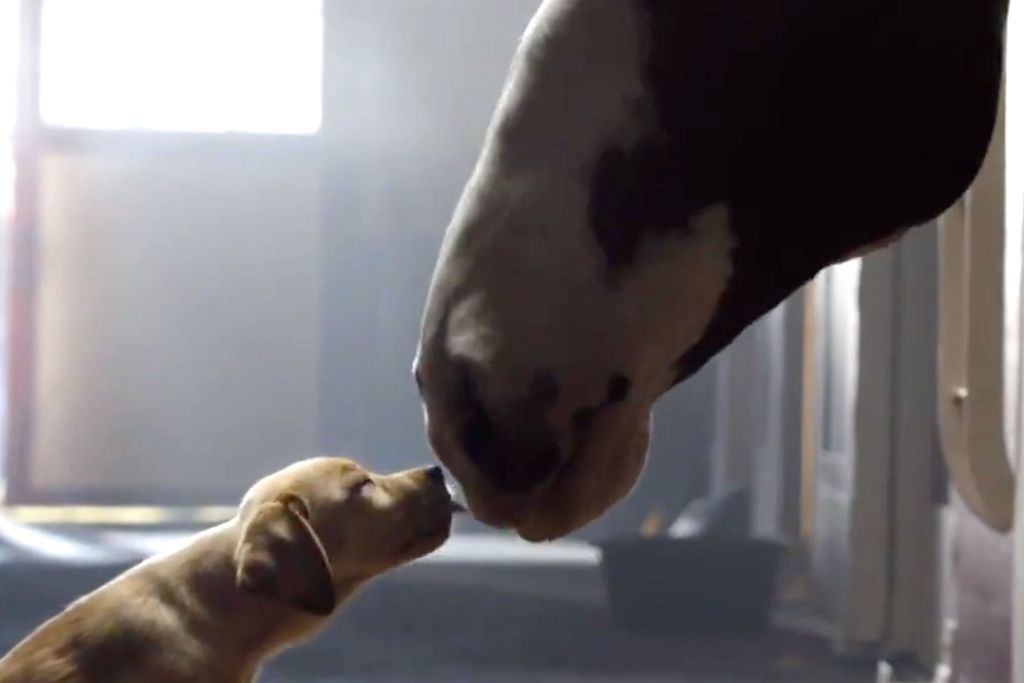 Another iconic advertiser is sitting out the Super Bowl. Budweiser will forgo ad time in the Big Game for the first time in 37 years, breaking a streak that has included some of the most-recognizable spots in Super Bowl history, from 1989’s “Bud Bowl,” to 2014’s “Puppy Love.”

The decision by Anheuser-Busch InBev to sideline the brand for the year’s most-watched TV event follows similar moves by Coca-Cola and Pepsi (although Pepsi will still sponsor the halftime show), signaling that big brands are taking a markedly different approach to this year’s game as COVID and political strife continue to dominate the news cycle.

AB InBev, which for years has been the game’s exclusive beer advertiser, will still consume at least four minutes of national ad airtime in the national broadcast. Ads will run for Bud Light, Bud Light Seltzer Lemonade, Michelob Ultra and Michelob Ultra Organic Seltzer. The brewer will also run what it describes as its “first-ever corporate Super Bowl commercial which launches a campaign highlighting the company’s commitment to making a positive impact on communities and playing a role in our nation’s economic recovery.”  (The four minutes of airtime would match what the brewer spent last year; its total buy could still change, according to Marcel Marcondes, the brewer’s U.S. chief marketing officer.)

Instead of running an ad for Bud, the nation’s largest brewer says it will reallocate the spending to support the Ad Council’s coronavirus vaccine public education campaign. “This commitment is an investment in a future where we can all get back together safely over a beer,” the brewer stated. (The average cost for 30 seconds in this year’s game is $5.6 million, although AB InBev has been known to negotiate better terms due to its volume of ads.)

Bud is promoting the move with a digital ad by David, Miami, released today, that is narrated by Rashida Jones and shows Americans coping with the pandemic, plus scenes of some of the first healthcare workers to get the vaccine. The spot, called "Bigger Picture," ends by plugging the Ad Council’s effort, while suggesting Bud will be back for the 2022 Super Bowl with the text, "see you at the game next year."

Behind the ‘big decision’

Marcondes in an interview acknowledged that Bud sitting out the game is “a huge pivot and big decision.”

But he positioned the move as carrying forward the charitable ethos Bud began adopting in early 2020 as the pandemic raged and calls for racial justice accelerated. In March the brewer used Bud to promote its decision to redirect $5 million of its sports and entertainment marketing spend to the American Red Cross to support the fight against the pandemic. Other efforts have included reviving its classic “whassup” campaign to plug a new emotional and spiritual care hotline from the Salvation Army and establishing a scholarship program backed by the United Negro College Fund that benefits students pursuing STEM majors applicable to careers in brewing.

“Now the new big theme for the whole country is the vaccine and we said what can we do to help,” Marcondes says. AB InBev will initially contribute $1 million to the Ad Council’s effort—which has a goal of raising $50 million from the private sector—with more donations to follow, Marcondes says.

Asked why Bud would not just run its own vaccine awareness ad in the game—which is typically viewed by about 100 million people—he suggested a more frequent message is more effective: “This will give us an opportunity to talk about it for a few weeks and even months.”

AB InBev has historically put a huge emphasis on Bud’s Super Bowl ads with expensive productions that in most years have featured the company’s iconic Clydesdales. Under previous leadership teams, the company was known to tie marketing bonuses to how well ads did in third-party scoring systems—and the brand often came through: Bud is responsible for 10 of the top-100 ranked ads in the past 25 years as judged by USA Today’s Ad Meter.

But in recent years the success has not done much to stem the brand’s sales slide, as craft beers, spirits, hard seltzers and AB InBev’s own fast-growing Michelob Ultra low-calorie brand drew more drinkers as consumer tastes shifted away from traditional lagers. Budweiser slipped to the 6th-largest U.S. beer by shipment volume in 2020, as it was leapfrogged by Ultra and Modelo Especial, according to Beer Marketer’s Insights, which noted that the “former heavyweight champ slipped outta top 5 for first time in anyone’s lifetime.”

Marcondes rejected the notion that the Super Bowl decision signifies reduced investment in Bud. “We are sticking to ROI–it’s all about how we can add better value.”

He indicated that the brewer’s Super Bowl strategy is no longer solely focused on entertainment. "We are seeing consumers as people, not as targets” and “we are focusing on purpose and action,” he says, adding that “our brands will talk about what they stand for and they will talk about things that matter to consumers right now.”

The brewer will continue putting big Super Bowl dollars behind Bud Light, which remains the nation’s largest beer brand by far, despite seeing its market share decline from 13.1% last year from 12.4% in 2019, according to Beer Marketer’s Insights.

Marcondes declined to reveal creative details but suggested one Bud Light ad would bring back into a single ad characters that have starred in humorous ads for the brand over the years. The brand is currently running a campaign called “Bud Light Legends” that replays classic ads, including Bud Light’s role in the “Bud Bowl,” as well as spots from the old “Make it a Bud Light” campaign.

The brand will also use an ad to plug the new Bud Light Seltzer Lemonade. Wieden+Kennedy is handling both spots.

W+K is also behind a celebrity-filled spot for MIchelob Ultra, as well as the corporate Super Bowl ad. FCB is handling a separate Ultra spot that will plug its new organic seltzer variety.

The company will also run regional Super Bowl ads for Stella Artois, including in New York and Chicago, as well as for its Cutwater brand, which includes canned cocktails. The Cutwater ad will target Los Angeles and other West Coast cities.