Butterfinger Won't Be Back in the Next Super Bowl

Butterfinger, which ran Super Bowl commercials in two of the last three years, plans to sit on the sidelines for Super Bowl LI.

Rob Case, chief marketing officer for Nestle USA, said Butterfinger will not be back for the next Super Bowl.

"We just feel it's best on that particular brand to spend our resources in different ways," Mr. Case said.

Still, the Super Bowl is a high consumption time for many Nestle brands, particularly its frozen pizza lines, he noted. So Nestle, like other food and beverage marketers, is thinking about what work it can do around that time to get its brands in front of viewers ahead of the big game, rather than shelling out the millions of dollars that Super Bowl spots go for.

Viewers should not expect to see TV commercials during the game from any Nestle brands. The only Nestle brand that has aired Super Bowl spots to date has been Butterfinger. 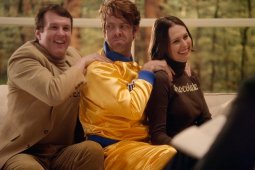 The brand first appeared in the 2014 game with a spot for its Butterfinger Peanut Butter Cups.

Then, after sitting out a year, Butterfinger took to the air before it took to the airwaves in Super Bowl 50. The brand used a skydiving stunt that aired on Periscope in December to announce its "Bolder than Bold" campaign and its return to big game.

This year's Super Bowl spot centered on a man jumping out of a plane while riding a bull and, of course, eating a Butterfinger. The spot came from WPP's Santo and was directed by Armando Bo, co-writer of the movie "Birdman."

Butterfinger continues to use some of "Bolder Than Bold" messaging in its marketing.

Mars said in May that it was returning Snickers to the Super Bowl in 2017 for the third consecutive outing.