Chrysler's Olivier Francois Dishes on Getting Clint Eastwood in the Game

Exec Proud of 'Halftime in America' -- and That Sexy Fiat Ad, Too
READ THIS NEXT
Amp spotlight: Super Bowl 2020’s best—and most memorable—ads

Some weeks ago, the chief marketing officer of Chrysler and Fiat said he didn't think it would be possible in 2012 to top last year's highly praised, much-viewed two-minute "Imported From Detroit" Super Bowl spot.

"Yet," Olivier Francois said in January, a sly smile on his face, "I'm tempted." 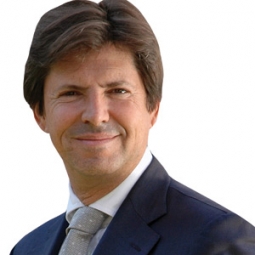 This past week, "Halftime in America," a rallying cry for a strong America to emerge "in the second half" generated special attention, not just because it starred Mr. Eastwood or because the two-minute spot expanded last year's Detroit-themed ad to encompass the entire country. It also raised a political hue and cry from former Presidential adviser Karl Rove and other Republicans, who claimed the ad was a subtle approbation of President Barack Obama's auto industry bailouts.

"I'm really delighted, we all are here, we were able to make this dream happen," Mr. Francois told Ad Age in a phone interview this week from Chicago, where he was attending the Chicago Auto Show. The spot, which hammered home a message about America's resiliency, delivered in Mr. Eastwood's trademark gruff manner, "was exactly the message we wanted. ... The whole idea was designed around him."

Mr. Francois, who joined Chrysler in 2009, expounded further on the game spot, on working with Mr. Eastwood, and on a variety of related topics:

On the concept behind "Halftime in America": "The idea was to expand on last year's message, which was a rallying cry around Detroit, to bring that to another level. ... We were very ambitious. Our brief to [Wieden & Kennedy] contained two things: We wanted a follow-up of 'Imported' but saying something totally different; and we wanted the halftime idea, that was something we started talking to NBC about a long time ago."

On Mr. Eastwood: "He's maybe the wisest guy I've ever met; he feels deeply in everything he says. I had no other idea [for the spot] than Mr. Eastwood. It was totally designed around him, he's the only man that , when he talks, you listen and you believe ... because he's an American icon, and he's in his 80s and he hasn't got anything to prove.

"I approached him myself. It hasn't been a very easy journey -- he isn't someone you approach easily. Clearly we had to convince him, but it wasn't me, it was the message.

"We had to be very clear with him that this wouldn't be a commercial. ... I call it a video."

On the supposed political connotations in the ad: "It's a strange controversy. ... I think it is a most neutral and universal message. We say, let's stand up, because what makes us strong is our collective power. ... It's a universal, not a political message."

"It isn't about bailouts. We are not politicians; the language of this video is what a real person, what real people, would say."

On the script: Mr. Eastwood "was part of the writing of the script, it was tailored for him and with him, and with strong involvement of [Sergio] Marchionne," CEO of Chrysler/Fiat, and Mr. Francois' boss. "Being French, I had to go through the filter of my American team, and have the coaching of my boss, who is much more Anglo-Saxon than I am."

On the two-minute buy: "That has been an amazing collaboration with NBC and the NFL, to create something very special for us. ... We wanted it at the very end of halftime. ... There's only one position for that ad. It was almost alive, in that placement. It was not really a negotiation, [more] a relationship between automaker with supplier; we had to work as a team."

On the cost for the two-minute buy: "Lots of white hair and 10 years of my life."

On the Fiat spot for the new Abarth: "In the case of the Fiat, I don't know if I should be proud or ashamed to tell you, it is the cheapest production of all ads you [saw] that night. It was shot for a ridiculously low price. It was never designed to be an ad, but to create some buzz on the web."

"I think it is a smart commercial, it really speaks about the product. The lady embodies the car, she wears a dress the color of the car, she speaks the language of the car, with the energy and passion and Italian-ness of the car."

On the NFL's glitch that removed the spot from YouTube for more than five hours Monday morning: "It really was a misunderstanding. Someone was under the impression we were taking advantage of the NFL show [which is copyright protected]. We are attempting to assess what the impact was. I'm not saying we're satisfied with what happened."

On "Gran Torino," Mr. Eastward's film about -- among other things -- a Ford: "I watched the movie recently. In Torino. I enjoyed it."