Yes It's Cold Here. Get Over It.
READ THIS NEXT
SimpliSafe plays on America's fears in Super Bowl teaser 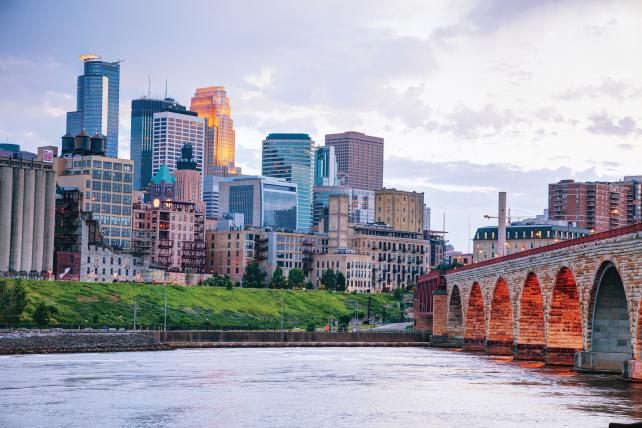 The brouhaha started when The New York Times named grape salad as a Thanksgiving staple in Minnesota, setting off a social media firestorm. One letter to the editor summed up the outrage: "Dear New York Times: What the hell is 'grape salad'? Signed, All of Minnesota."

The dish pick, part of a state-by-state Thanksgiving food feature a few years ago, not only missed the mark—the consensus here is that wild rice is the better choice—but exemplified a problem Minnesotans have dealt with for decades: being mislabeled and misunderstood by outsiders.

Sure, the winters are frigid, one of the top tourist attractions is the Mall of America and the movie "Fargo" was set in the state ... dontcha know. But its largest city, Minneapolis, anchors a thriving, progressive region brimming with excellent music, food and theater. The area is also home base for 18 Fortune 500 companies, including Target, Best Buy, 3M, UnitedHealth Group and General Mills, which help fuel a booming agency scene.

"This is just a wide-open adventure land," says Jeff Kling, chief creative officer at Minneapolis-based Fallon. "People think of it as a flyover city. But it's a secret city. What's here is not known to the outside world, and people don't like to be challenged in their ever-calcifying worldview."

But like a pick through ice, Minneapolis leaders are starting to chip away at the worn-out stereotypes that once defined this place while also embracing its cold-weather heritage. The stakes are high because a global audience will be tuning in as the city prepares to host Super Bowl LII on Feb. 4. The game will be played in the warm confines of the roofed U.S. Bank Stadium, but events leading up to the game will focus on the outdoors. The slate includes the Great Northern, an 11-day event featuring the U.S. Pond Hockey Championships and a ski festival that's sure to attract notice from the more than 5,000 media members expected in town for the game. Super Bowl visitors can also zipline across the Mississippi River, taking in views of the Minneapolis skyline.

The Great Northern—and its rallying cry, "Raise a mitten if you're in"—is the brainchild of Eric Dayton, son of Gov. Mark Dayton and a local entrepreneur who has emerged as a cold-weather evangelist. He's pushing the state to embrace, not run from, its lengthy frigid winters as he spearheads a move to separate the region from the rest of the Midwest by rebranding it the "North." (See sidebar.)

For local agencies, Minneapolis' image matters because the competition to lure talent can be fierce.

"There's a lot of competition. The shops around here keep you at your best," says Jörg Pierach, founder of independent PR and creative agency Fast Horse, whose clients include Coca-Cola Co. and Heineken USA. "That said, the competition for talent is ferocious. What's difficult about it is people don't generally move to Minneapolis. So we have to really focus on growing our own and retaining people." 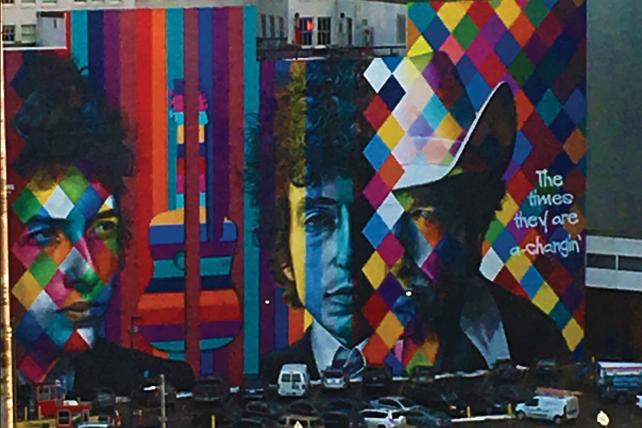 A mural of Bob Dylan, Minnesota born and bred

Agency holding companies have a sizable, but not dominant presence. Omnicom's BBDO has an office here that services its long-running relationship with Spam and Skippy maker Hormel, based 100 miles south in rural Austin, Minnesota. Publicis Groupe owns Fallon, and Interpublic has Carmichael Lynch, while MDC Partners has a stable of shops in town, including Mono, Colle McVoy and Yamamoto. One of the biggest Minneapolis agencies is Olson, which was rebranded as ICF Olson after it was acquired in 2014 by Washington D.C.-area consultancy ICF International. Still, there's room for independents to thrive, including Periscope, Fast Horse, Space150 and Zeus Jones.

What often happens, according to multiple agency executives, is that Minneapolis natives get their first agency job here and then bolt for the coasts, only to return later in their careers. It's a boomerang effect.

Some outsiders admit to being nervous when moving here, but the city has a tendency to win them over. "I wasn't sure about Minneapolis," says Target Chief Marketing Officer Rick Gomez, who came from Chicago-based MillerCoors in 2013. But "it's a lot more sophisticated a city than you would think given its size."

It's hard to ignore the advantages. Commutes are easy: A common refrain is that everything is 15 minutes away. It has a variety of music, theater and arts venues. Prince is from here, after all, a point of pride celebrated all over town, including at the iconic First Avenue music venue where the legend filmed "Purple Rain." If you don't like cold weather, you can easily avoid it: Downtown Minneapolis is connected by pedestrian skyways that connect building after building and span eight miles.

Top executives at several agencies, including ICF Olson, Periscope, Carmichael Lynch, Colle McVoy and Yamamoto, are women. "There's a part of Midwestern culture that is based on effort and merit. It is a little less splashy and a little more humble," says Louise Clements, who leads ICF Olson. That makes it a "terrific breeding ground" for women executives, she adds. "It's more about what you do than who you know in markets like Minneapolis."

The fact that rural areas are a quick drive away helps agencies as well, says Liz Ross, president and CEO of Periscope, whose clients include Target and Best Buy. "You are able to get a real bead on how people are buying things outside of cities," says Ross, who has also lived in New York, Chicago and San Francisco. "So you don't have the same disconnect as you have in some of the major cities, [like] being surprised that Trump won."

Minneapolis also has a youthful spirit. The city skews a bit younger than Chicago with a median age of 32, compared with 34, according to Census Reporter. (The U.S. median age is nearly 38.)

When the city shows itself off to the world during Super Bowl week, two 20-somethings will take a leading role: Emily Pritchard and Martha McCarthy, whose social media agency, the Social Lights, was chosen by the Super Bowl host committee to oversee a 70-person war room aimed at educating visitors about the region. Pritchard, 29, and McCarthy, 28, founded the agency in 2011 during their final semester studying entrepreneurship at University of St. Thomas in the Twin Cities.

The war room will be charged with spreading information about logistics and, yes, the weather. The Super Bowl's slogan is "Bold North."

"We're leaning into the winter," Pritchard says. But it's safe to say grape salad won't be on the social media menu.

Eric Dayton put the caps in his Minneapolis clothing store, Askov Finlayson, in 2013 and they sold out almost immediately. "It just clicked for people and sparked something," he says. Minnesota, long lumped in with the sprawling Midwest, was deserving of its own identity.

"A big part of what North means to me is embracing winter, embracing the cold, and getting outdoors and being active year-round," says Dayton.

Dayton has retailing, and retail politics, in his blood. His great-great-grandfather George Draper Dayton founded Dayton's department store, which later morphed into Target. And his dad, Mark Dayton, a Democrat, is the governor of Minnesota. The younger Dayton left Minnesota for college on the East Coast—and he didn't like the way outsiders talked about his home.

"I had a lot of pride in the state and others disregard it as flyover country or maybe they've seen the movie 'Fargo' and thought that was it," he says.

Dayton's vision didn't come into full view until he took a trip to Scandinavia five years ago. "Here is northern Europe getting all of this attention. [Minnesota is] the analogous part of the United States. ... It was sort of like an idea hiding in plain sight."

The idea spread through Minnesota faster than an Alberta clipper. It hit a fevered—no, make that frigid—pace this year. The NBA's Minnesota Timberwolves season-long marketing campaign is "All Eyes North," while the slogan for the Super Bowl, which will be played in Minneapolis, is "Bold North." Minneapolis-based Target is celebrating the game with a collaboration with Askov Finlayson. A limited-edition collection, available in 38 Minnesota Target stores, features more than 50 products, including North-branded mittens, mugs, sweaters and, yes, hats. 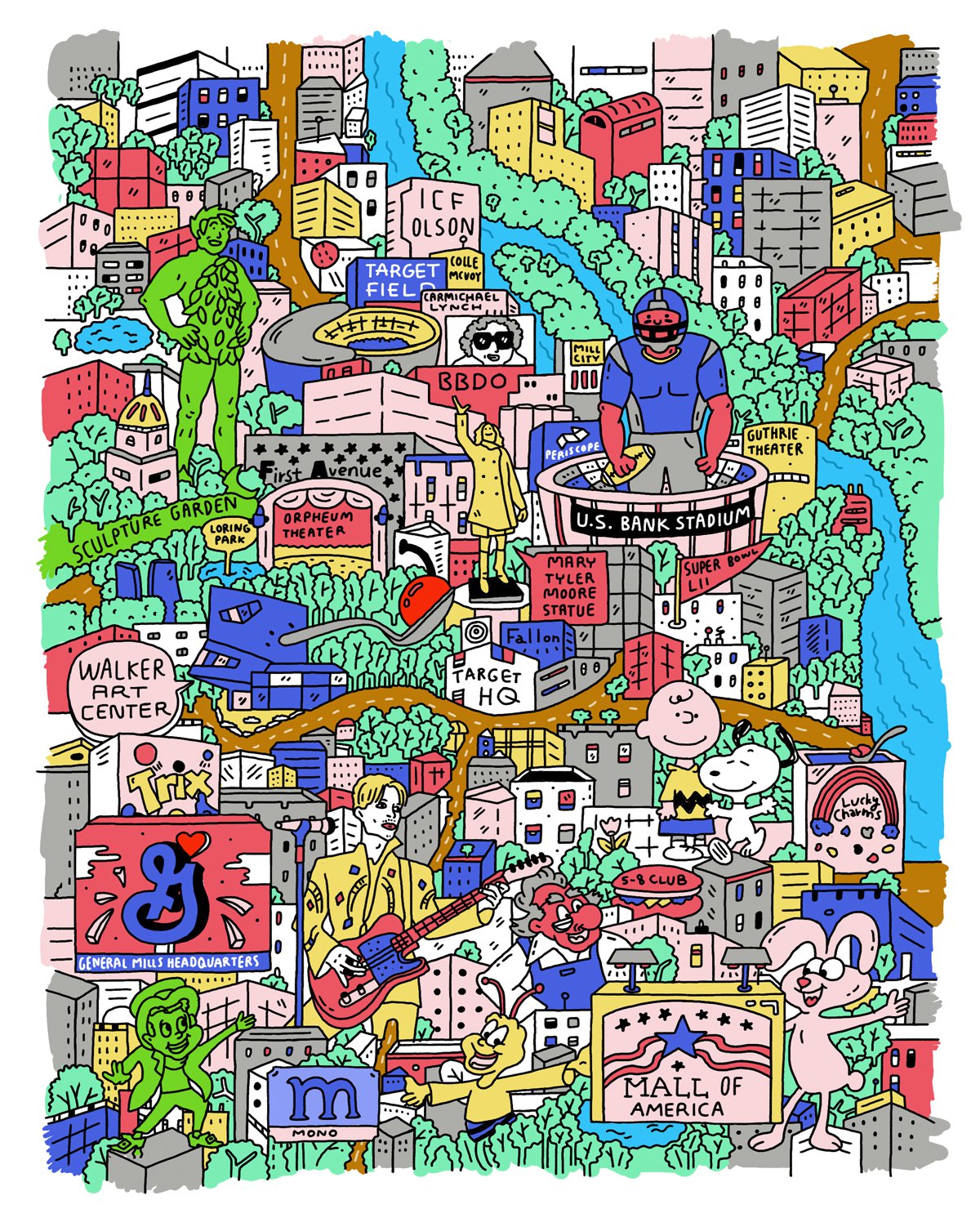 Walker Art Center: 725 Vineland Place
The center claims to be one of the most visited modern art museums in the nation.

U.S. Bank Stadium: 401 Chicago Ave.
Home to the Vikings since it opened in 2016, the 66,200-seat stadium will host Super Bowl LII. Food options include a lamb bucket at Andrew Zimmern's Canteen, named for the local celebrity chef and host of Travel Channel's "Bizarre Foods."

Target Field: 1 Twins Way
Nestled in the Warehouse District near several agencies, the home of the Minnesota Twins opened in 2010.

First Avenue: 701 N. First Ave.
The nightclub's exterior is painted with white stars noting the legions of famous acts that have performed here, from B.B King to U2. But none are more cherished than Prince's star, painted gold after his death in 2016.

Mill City Museum: 704 S. Second St.
The Mississippi River waterfront museum is built on the ruins of what was once the world's largest flour mill.

Guthrie Theater: 818 S. Second St.
Founded in 1963 by Sir Tyrone Guthrie, the theater opened a spectacular structure in 2006 that includes "The Endless Bridge," a cantilever extending 178 feet from the face of the building.

Loring Park: 31382 Willow St.
Minneapolis boasts 197 parks. This one is home to the Twin Cities Pride Festival every June.

Target Headquarters: 1000 Nicollet Mall
This building has gone to the dogs: Images of the retailer's bull terrier mascot, "Bullseye," are everywhere.

Mall of America: 60 E. Broadway
This Bloomington giant draws 40 million visitors a year and houses more than 520 stores. For the Super Bowl, the mall will host the media center.

BBDO: 150 S. Fifth St.
This office is home of the Hormel account, which the Omnicom shop has serviced since 1930. Spam anyone?

ICF Olson: 420 N. Fifth St.
Olson, one of the largest agencies in town, is in the trendy Warehouse District in a building that used to be a Ford Model T plant.

Carmichael Lynch: 110 N. Fifth St.
No need to guess what accounts this shop handles: There's a vintage Subaru and a bronze statue of Jack Link's jerky mascot Sasquatch in the lobby. The shop lit a water tower atop the building in purple after Prince died.

Colle McVoy: 400 N. First Ave.
The agency is in the Wyman Building, built in 1896 and originally home to a dry goods wholesaler.