For last year's Super Bowl, Coca-Cola headed to the desert with badlanders, cowboys and showgirls racing for bottle of Coke in a glitzy ad called "Mirage." This year, the brand is staying a little closer to home with a spot set in Wisconsin.

The marketer today released one of its two planned Super Bowl spots, a 60-second commercial called "Going All the Way," which tells the story of an underdog high school football player named Adrian who overcomes the odds to score a touchdown. The ad, by Wieden & Kennedy, was shot in Ashwaubenon, a suburb of Green Bay, Wis. The final scene takes place in Lambeau Field. Most of the people in the ad are Green Bay-area residents, while one of the stars is a Lambeau Field groundskeeper.

The ad was directed by Jake Scott and produced by RSA. The soundtrack is House of Pain's "Jump Around." 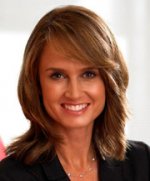 "While Coca-Cola is a global brand, this ad illustrates the deep roots it has in every community where it does business," said Katie Bayne, president for North America brands at Coca-Cola North America, in a statement.

The spot will air in the second half. Coca-Cola is also planning another 60-second spot by that it says will run in the second quarter. The marketer has not revealed details on that ad. But one clue possibly came from Jonathan Mildenhall, VP for global advertising strategy and content excellence, who has tweeted photos from the commercial shoot with roller skaters and tap dancers, as pointed out by U.K.-based MarketingWeek. He told the publication that the advertising "would be all about celebrating 'American society' and Coca-Cola's role within it."

Ms. Bayne declined to discuss details on the second ad, other than to confirm that it is also by Wieden & Kennedy. She said it will not be released early.

Coca-Cola is accompanying the "Going All the Way" ad with a pledge to contribute $50,000 to the Boys and Girls Clubs of America if the spot is shared by fans at least 10,000 times across Facebook, YouTube and Twitter.

But the ad will not encourage the same level of consumer engagement as last year's "Mirage" ad. For that spot, users could vote on which team in the ad should win a race across the desert for a Coke, with the conclusion featured in an ad that ran in the post game.

Why not repeat that approach? "Each year is a different story," Ms. Bayne said. "Last year's story lent itself to having this chase determined live," she added. "This year we are telling a sweet story in a football spot." But viewers may see "a whole other piece of our digital and social engagement strategy" with the second ad, she said, declining to elaborate.