Why 'Crash the Super Bowl' Hasn't Burned Out for Doritos

Doritos' seven-year-old "Crash the Super Bowl" campaign looks a little tired from some angles. Every year the PepsiCo brand rolls out a new contest gimmick to plug the consumer-generated ad contest, but every year the winning commercials seem to rely on the same lowbrow devices -- including a plethora of pet tricks. 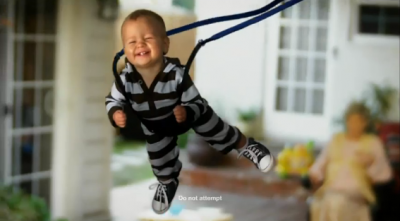 But there is no denying that the campaign still works, at least as judged by the average tortilla-chip-munching Joe. Indeed, plenty of ad agencies would love to post the stellar scores the campaign routinely gets from various Super Bowl ad-ranking services. Doritos had two of the four most-effective Super Bowl spots last year as judged by Ace Metrix, which evaluates video ad effectiveness, and has won the USA Today Ad Meter polling in three of the last four years.

User-generated Super Bowl spots seemingly peaked in 2007, when Doritos introduced "Crash the Super Bowl" and the NFL and Chevrolet each also handed the reins to fans. While there have been sporadic efforts since then -- CareerBuilder experimented with it in 2010, and Chevrolet ran a contest last year that yielded a relatively popular spot called "Happy Grad" -- Doritos has been the only brand to consistently stick with the tactic.

"I don't think we are at a time anymore where the fact something is user-generated... works as the hook," said PJ Pereira, co-founder of the Pereira & O'Dell ad agency. But the approach remains effective for Doritos because "they own it," he said. "They really committed to that... [and] the spots are loved and score super high."

Doritos also enjoys high brand awareness and big sales, so it doesn't have to worry about crafting a finely-honed message as much as some other Super Bowl advertisers do, analysts said. "CMOs really want to control the message of their brand and it's really hard to let it go," said Peter Daboll, CEO of Ace Metrics.

The "Crash" ads "are really not talking about Doritos at all," Mr. Daboll added. They're more like sitcoms. And viewers respond to them because they've got a certain authenticity, aren't overly produced and didn't go through five approval committees at the marketer or several remakes by an ad agency, he said.

And then there's the cost, which isn't necessarily lower for a consumer-generated ad contest than professional work. Promoting the contest and vetting entries takes time and money -- and that's before funding the prizes. Doritos this year will award $1 million for an ad that secures the No. 1 spot on the USA Today Ad Meter, $600,000 for No. 2, and $400,000 for No. 3.

The trend this year is for marketers to involve consumers in other ways. Coca-Cola's Super Bowl ad will end in a cliffhanger and encourage viewers to pick a conclusion that will run in an ad immediately after the game; Audi is letting consumers pick the commercial it runs in the game from among three versions, each with a different ending; and Doritos sibling Pepsi is curating photos from consumers to use in an ad introducing the halftime show headlined by Beyonce.

But Doritos, returning again to the "Crash" contest, selected five ads from roughly 3,000 submissions, many of which come from aspiring filmmakers. The finalists include two dogs, a toddler, a goat, a blind man and a father dressed as a princess. Consumers will vote on one ad from that group to appear in game, while Doritos will pick another. In a move to keep the campaign fresh this year, the person whose "Crash" ad scores the highest on the USA Today Ad Meter will get the chance to work with director Michael Bay on the next installment of the "Transformers" movie franchise.

As usual, Doritos plugged the promotion this year with paid media buys in venues such as Facebook, which this year hosted the voting platform for the first time. The number of submissions fell by about half from last year's 6,100, but Doritos says that's an effect of previous winners' high quality. "A lot of people start self-selecting out," said Ram Krishnan, VP-marketing for PepsiCo's Frito-Lay North America.

Overall engagement is up, he said, adding that unique visits to the "Crash" site have reached 1.5 million, up 121% from last year, while the submitted ads have been viewed 3.7 million times, an increase of 320%.

But what about the bottom line: sales? The evidence is mixed. Last year, in the four weeks ending Jan. 29 -- while "Crash" was being promoted -- Doritos sales increased by 7.49%, slightly below the tortilla/tostada category average, according to SymphonyIRI. In the four-week period ending Feb. 26, Doritos sales grew by 5.45%, less than the 6.44% category growth.

But a Frito-Lay spokesman said that sales in the week before and after the 2012 Super Bowl grew by 5% from the same period in 2011, citing internal IRI figures. The company also noted that Doritos used the consumer-created ads from the contest all year long, saying the ads helped sales grow by 5.8% from Feb. 6 -- the day after the Super Bowl -- through Dec. 31, compared with the similar period in 2011.

The "Crash" ads, too, routinely earn "A" and "B" grades from the Kellogg School Super Bowl Advertising Review at Northwestern University, which factors in attributes such as net equity that go beyond simple entertainment. "We try to really look at it form a business angle," said Kellogg marketing professor Tim Calkins. "What's remarkable is that Doritos seems to have found a formula here in terms of how do you do this effectively."