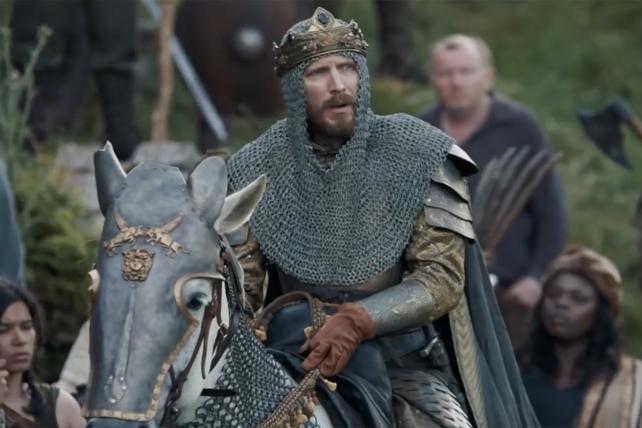 For those who enjoy wagering on pro football, one of the high points of any NBC game is when veteran sportscaster Al Michaels drops a not-entirely-surreptitious nod to gambling into his play-by-play patter. If a garbage-time chip-shot field goal nudges the combined score of an otherwise meaningless game north of Vegas's set line, count on Michaels to slip in a jocular remark about how "overwhelming" the kick was.

As the only active network broadcaster who acknowledges that an awful lot of people seem to enjoy wagering on NFL games, it only stands to reason that Michaels should be the subject of a number of Super Bowl prop bets. (For the uninitiated, a prop bet is a novelty wager placed on highly specific and often trivial outcomes.) The online sportsbook BetDSI posted a rather comprehensive list of props for Super Bowl LII, which Michaels and his booth mate Cris Collinsworth will call on Feb. 4.

Five of the BetDSI props have to do with the likelihood of Michaels uttering one of a series of words that are, in some circles, freighted with a certain degree of significance. Degenerates and discerning gamblers alike may place their bets on whether Michaels at any point during the NBC broadcast will say "underdog" or "odds"; less likely props invite fans to speculate on the plausibility of hearing him chime in with "point spread" or "sportsbook." To give you a sense of how much of no-brainer it is to expect Michaels to say "underdog" at least once during the game, if you go with "yes" on that score, you'll have to bet $1,000 to win $100.

While the BetDSI odds favor Michaels looking to play it straight, the announcer has demonstrated that he isn't afraid of having a little fun with the gambling community while calling the big game. In the booth for ABC's coverage of Super Bowl XXIX way back in 1995, Michaels in the closing seconds of the game all but elbowed some 83.4 million Americans in the ribs. Down 23 points, the 18.5-point underdog San Diego had a chance to score a touchdown that for anyone who'd bet on San Francisco would have "Bad Beat" stamped all over it. Here's Michaels' call as Chargers quarterback Stan Humphries reared back for a last-ditch shot at a spread-scuttling six points: "Humphries launches one into the end zone and all over America hearts are beating furiously! [deapan pause] Incomplete."

Betting on the ads

Michaels's celebrated cheekiness aside, BetDSI also offers Super Bowl LII viewers an opportunity to bet on the show within the show, as four of the sportsbook's prop bets are specifically related to the commercials that will air throughout the broadcast. For example, the over/under on how many Anheuser-Busch spots will pop up during the game is 4.5, while a fiendishly precise side bet puts the frequency of the spoken word "Dilly"—not "Dilly Dilly," mind you, but "Dilly" singular—at 12.5 times. Given the watery ubiquity of the catchphrase and the fact that A-B will air at least one 60-second Bud Light ad on Super Sunday, it's probably safe to take the over, although BetDSI is offering coin-flip odds.

Another commercial-themed prop put the over/under on future Hall-of-Famer and inveterate spokesman Peyton Manning appearing in 2.5 in-game spots, while a (literally) related prop teases the possibility of Eli Manning showing up in one of Sunday's $5 million :30s. After the season he just had, it's hard to imagine that a Gatorade or DirecTV or Toyota would want to drop the Giants QB into the mix... but then again, nobody outside of the creatives at indie agency RPA and the marketing bosses at Apartments.com could possibly have expected to see Lil' Wayne chilling with George Washington during a Super Bowl 50 ad break. (At least not until AdAge's Jeanine Poggi spilled the beans a week before the game.)

Speaking of soothsaying, it's curious that BetDSI or any other sportsbook would deign to take action on events that are by their very nature predetermined. Certainly anyone from Wieden & Kennedy New York who worked on Bud Light's Super Bowl spot could stand to make a nice bit of coin should they choose to bet on the "Dilly" prop, while Eli Manning's agent is aware if his client is slated to be featured in an ad that will be seen by upwards of 110 million viewers.

Be that as it may, perhaps the most amusing BetDSI prop is also the most meta. Gamblers can throw their hard-earned money down on the amount of cash that'll be wagered on Super Bowl LII. Last year, the American Gaming Association estimated that some $4.5 billion was staked on the Pats-Falcons game, of which a mere $138.5 million was legally staked in Vegas sports books. I don't know about you, but I bet Al Michaels would take the over on that one.