Amazon, Quibi, Hulu and Disney Plus among streamers airing commercials in the Big Game
READ THIS NEXT
Coke will sit out Super Bowl as Big Game cola marketing goes flat 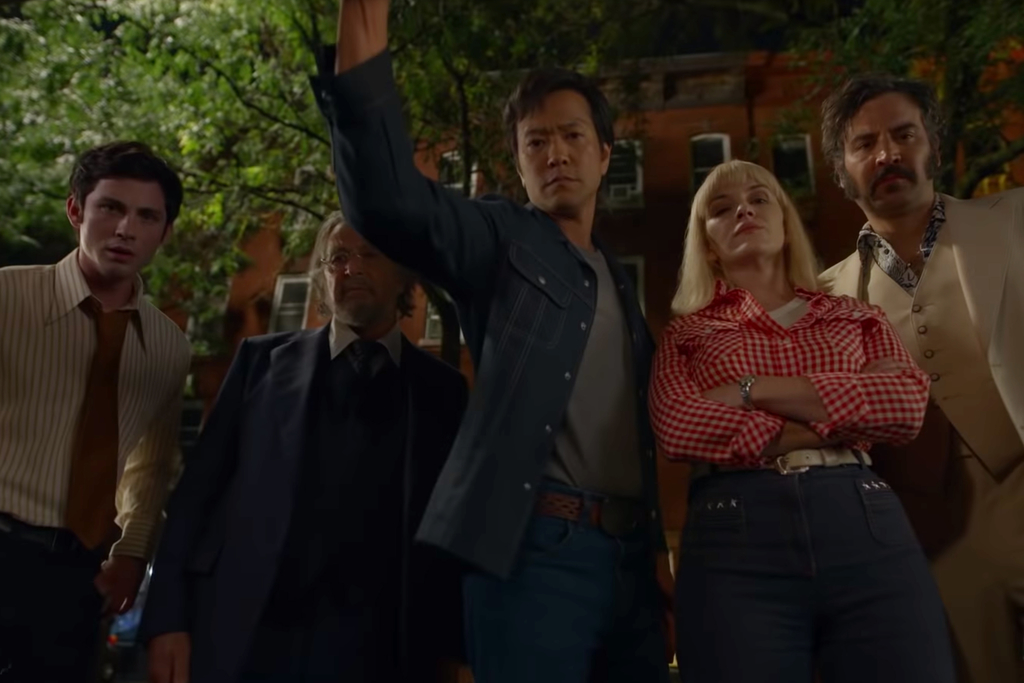 Streaming services this Sunday will be picking up the slack for the major motion picture studios, which will be maintaining a lower profile during Super Bowl LIV.

Walt Disney Co. and Comcast/NBC Universal are the only two companies expected to air commercials for their movie studios between the kickoff and final whistle. This will leave streaming upstarts to help fill the entertainment gap.

Among the disrupters that have snapped up units in the 49ers-Chiefs showdown are Amazon Studios, Disney Plus, Quibi and Hulu.

Amazon will air a 60-second teaser for its upcoming Prime Video series “Hunters,” in which Al Pacino leads a group of avengers who look to squash a Nazi uprising in 1977 New York. Executive-produced by Jordan Peele, the 10-episode strip bows Feb. 21.

The Amazon buy comes on the heels of the studio’s year-ago push for “Hanna,” which has since been renewed for a second season, and the 2018 trailer for “Jack Ryan.”

Disney Plus will join its corporate siblings Walt Disney Pictures, Pixar and Marvel in the ad huddle, according to an executive with knowledge of the game plan. While the Mouse House hasn’t revealed what it plans to promote this Sunday, two upcoming projects in possible contention are the Pixar series “Monsters at Work” and Marvel’s “The Falcon and the Winter Soldier.” A spinoff of the “Monsters, Inc.” franchise, “Monsters at Work” will bow next month on Disney Plus. Set to be released in August, “The Falcon and the Winter Soldier” takes place after the events of the 2019 theatrical “Avengers: Endgame.”

Also getting suited up for Sunday’s game is the mobile streaming service Quibi, which will launch on April 6. The brainchild of Jeffrey Katzenberg and Meg Whitman, Quibi will offer a slate of original short-form content (the name of the service is a portmanteau of “quick” and “bites”) featuring the likes of Chrissy Teigen, Kendall Jenner, Zac Efron and Idris Elba.

Designed as an introduction to the nascent brand, the 30-second Quibi spot presents a light-hearted look at a bank heist that goes south after the getaway driver and one of the robbers find themselves distracted by the service’s original content. (“I’ll be there in a Quibi,” the screen-locked driver chuckles over his walkie-talkie, before clarifying that by this he means “less than 10 minutes.” It's a nod to the fact that Quibi episodes will run between four and 10 minutes.)

Hulu is also expected to return to its fourth consecutive Super Bowl with at least one 30-second spot, according to insiders familiar with the in-game lineup. A Hulu spokesperson did not return requests to comment.

Likely candidates for a big Sunday promotion are the new series adaptation of Nick Hornby’s 1995 novel “High Fidelity” (and the 2000 romantic comedy that followed in the book’s wake), which stars Zoë Kravitz as a Brooklyn record shop owner (Feb. 14), and “Little Fires Everywhere,” a limited series based on the 2017 Celeste Ng novel. Starring Reese Witherspoon, Kerry Washington and Joshua Jackson, the eight-episode strip arrives on Hulu March 18.

Among the top streamers that won’t be making a splash in Sunday’s game is Netflix, which has benched itself for the first time since 2016.

That the streamers are snapping up real estate that was once the province of the movie studios is a function of the hyper-competitive video landscape. (It’s certainly somewhat ironic that the disrupters choose to leverage the power of a medium they’re all doing their best to supplant.) If you’re a new service trying to break through to consumers, there is quite literally no greater stage from which to make your pitch than during the Big Game.

None of which is to say that the traditional movie studios won’t be well-represented come Sunday; Disney alone will air teasers for upcoming projects under three of its production banners. Among the best bets for the in-game treatment are Pixar’s “Onward,” which hits theaters March 1, the flagship studio’s live-action “Mulan” (March 27) and Marvel’s “Black Widow” (May 1).

Among the Universal Pictures releases expected to appear in Sunday’s broadcast are “F9,” the latest installment in the “Fast & Furious” saga (May 22) and the 3-D spin-off “Minions: The Rise of Gru” from Universal subsidiary Illuminations (July 3).

Paramount is limiting its Super Sunday exposure to the game around the game, with pre-kickoff buys set for the revamped “Sonic the Hedgehog” (Feb. 14), “A Quite Place: Part II” (March 20) and “The SpongeBob Movie: Sponge on the Run” (May 22).

That Sony and Warner Bros. will be no-shows this Sunday is a now-familiar refrain. The last proper Sony release to land an in-game ad was the 2009 release “Angels & Demons.” Warner’s most recent foray was way back in 2006, when it teased the dystopian comic-book flick “V for Vendetta” during Super Bowl XL.

If Fox viewers do sense that this year’s game may be a bit light on movie teasers, there is nothing unusual about this particular dynamic. As with the auto, food anddrink and tech categories, movie buys fluctuate year by year. When the first half of the release schedule is light on potential blockbusters, you’re likely to see fewer trailers. According to Kantar Media data, in 2009 movies were the second biggest category, while the very next Super Bowl saw the studios fall all the way to No. 6.