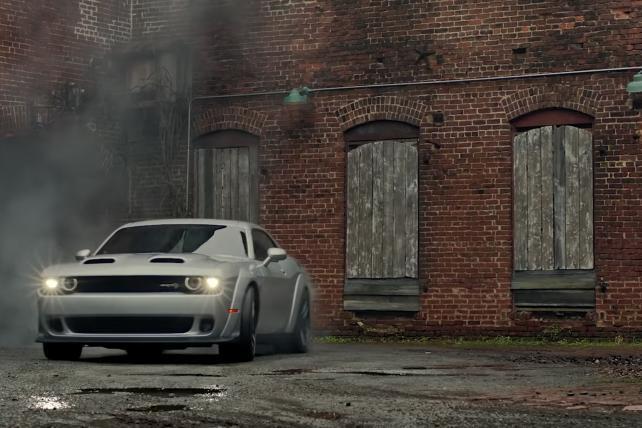 Fiat Chrysler Automobiles is trying to win attention with a digital ad blitz as its plans to run TV spots during the Super Bowl remain in doubt. If the automaker sits out the game it would mark the first time that has happened since 2009. That would also mark a big strategy shift for FCA, which is known for big-budgeted, celebrity-filled Super Bowl spots that often drive conversation on game day.

Agency executives familiar with the automaker's strategy say it has not yet bought ad time in the game. However, FCA global Chief Marketing Officer Olivier Francois is known to switch gears at the last minute, even keeping his agencies in the dark. For the Super Bowl, he often uses shops that are not normally on his agency roster. TV networks are known for saving Super Bowl ad time to fulfil last minute buys in case they come in. CBS, which is airing Sunday's game, had sold 90 percent of its in-game inventory as of Jan. 10, executives said.

In a press release issued Tuesday that accompanied new digital ads for Dodge, Jeep and Ram, Francois stated: "We have something new up our sleeve leading up to the big game this year. We launched these three videos today to give our fans a taste of what's to come. As for what's next, everyone will just have to wait and see." He could be referring to a last-minute TV buy, or simply inferring that more digital ads are to come.

An FCA spokeswoman declined to elaborate on the automaker's plans. Francois is known for keeping his Super Bowl plans close to the vest and never releasing ads -- or even teasers -- in advance. In fact, one of the digital ads released today speaks to his point-of-view. It shows two ranchers talking about old Super Bowl ads. One of them notes that there are a bunch of ads online already, prompting his buddy to say, "Yeah, that kind of ruins it for me." The spot, for Ram, is by The Richards Group, and is called "Can't Remember."

The last time FCA sat out the game, it was known as Chrysler Group—which then included Chrysler, Dodge, Jeep and Ram. The automaker returned to the game in 2010 after a five-year hiatus with a 60-second spot for Dodge. The buy came on the heels of Chrysler's bankruptcy.

In the years since, the Super Bowl became a showcase for FCA and Francois. The automaker broke through in 2011 with the award-winning "Born of Fire Ad" that featured the "Imported From Detroit" tagline and starred Eminem.

But this year Francois is operating under a new CEO—Mike Manley, who took the reigns last summer after Sergio Marchionne became seriously ill and later died. Manley is known as a "car guy," grounded in fundamentals like maintaining good dealer relationships. Under Marchionne, Francois enjoyed a certain level of autonomy that allowed him to pursue Super Bowl ads that were often about higher ideals than simply selling the next model.

Last year, FCA ran five ads during the game. One of them, for Ram, used a Martin Luther King Jr. speech, prompting critics to seize on the fact that the full speech was actually a battle cry against commercialism, including a passage that ripped advertisers as "gentlemen of massive verbal persuasion."

In Tuesday's press release FCA stated the digital ads would be pushed out on the automaker's online and social channels. A spokeswoman did not respond to a question about paid support. The ads include one for Dodge called "The Devil Went Down to Georgia," which plays off the fact that the Super Bowl will be played in Atlanta. It is by Doner and Racing Cowboys.

The other ad, by DDB Chicago, is called "Crusher." It shows a Jeep Gladiator that is able to overcome being squeezed to death.