How Cheetos, Nike, Facebook and others plan to own the Super Bowl social media conversation 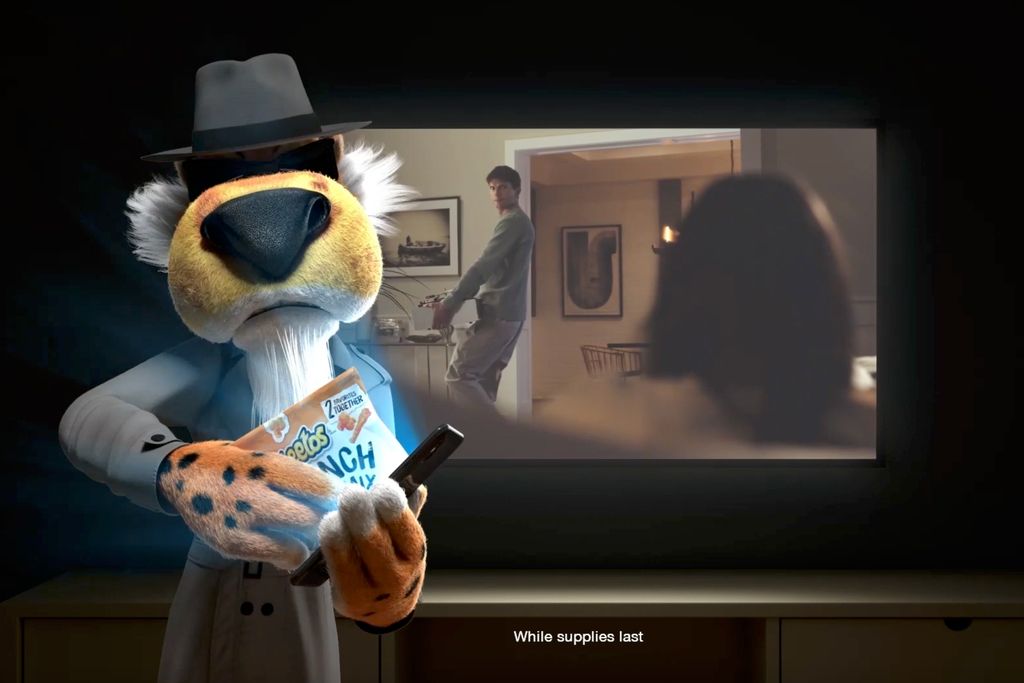 While the Tampa Bay Buccaneers and the Kansas City Chiefs face off during Super Bowl LV this weekend, many brands are hoping they can make an impact with football lovers on social platforms.

Brands are either skipping expensive buys in the Super Bowl and diverting their attentions entirely to social media, or are supporting their Big Game ads with large social pushes. Most of these are light-hearted and fun attempts at standing out in social feeds.

Cheetos, Verizon and Mtn Dew are building out their Super Bowl ad buys with interactive social strategies, while brands like Avocados From Mexico are looking to use social to engage with fans through virtual experiences. Cutwater Spirits is even launching a sweepstakes with a well-known comedian. At the same time, social platforms like Facebook and Twitter are sharing stickers, filters and hosting events to boost chatter.

Frito-Lay brand Cheetos has a celeb-filled Super Bowl spot this year featuring Mila Kunis, Ashton Kutcher and Shaggy to promote its new Cheetos Crunch Pop Mix. Ad Age got a behind-the-scenes look at how the spot from Goodby, Silverstein & Partners came together. But Cheetos didn’t stop there. The spot is being accompanied by a robust social push on Snapchat, Twitter and TikTok.

The Snapchat effort, called “Snap to Steal,” ties into the Super Bowl ad where Mila Kunis continues to be caught “orange-handed” by husband Ashton Kutcher, and yet she replies with Shaggy’s “It Wasn’t Me.” When the spot runs in the game’s third quarter, fans can win a bag of the Cheetos Crunch Pop Mix by opening up Snapchat, pointing their camera at the commercial and holding down on their screen. The brand is promoting the trick through a national Snap lens with its mascot Chester Cheetah and a video. Other social assets describe the Snapchat push as the “first Super Bowl spot you can steal from.”

During the game on Twitter, the brand’s @ChesterCheetah handle will share “Turnover Tweets.” Fans who catch them can enter for a chance to win a year’s worth of Cheetos and branded swag whenever the defense steals the ball. New Yorkers, meanwhile, can scan the QR code on the out-of-home ad on the corner of Wythe and North 10th in Brooklyn to get a free bag of the snack until supplies last. Finally, following Super Bowl Sunday, fans can create their own version of Cheetos’ Big Game ad in a TikTok challenge where they can sing Shaggy’s “It Wasn’t Me” with other creators onboard.

Instead of spending around $5.5 million to air its own ad during the Super Bowl, Nike is partnering with the National Football League to launch a $5 million grant initiative towards growing girls flag football at high schools and athletic associations across the country. As part of the effort, Nike is giving out a one-time donation of up to $100,000 in uniforms and accessories to various athletic organizations that offer girls flag football. The goal is to grow the sport for girls, which is currently offered in just six states—Alaska, Arizona, Florida, Georgia, Nevada and New York.

“Girls flag demonstrates that football is for all, and the greater the participation, the stronger the game, and the more young women can build the transferrable skills football provides for achieving success in life,” says Troy Vincent, NFL's executive VP of football operations, in a blog post.

PepsiCo’s Mtn Dew not only has a Super Bowl ad featuring WWE star and actor John Cena, but is also using the campaign to launch a $1 million sweepstakes on Twitter. The first person who is able to correctly count the number of Mtn Dew Major Melon bottles in the 30-second ad will win. The ad, which is running in the first quarter, could include “millions of bottles” and players will only get three guesses with the hashtag #MtnDewMajorMelon.

us showing up with our commercial on Sunday like pic.twitter.com/X3MhY9H7ek

Verizon will have an ad in the Super Bowl this year to highlight how its 5G technology benefits gaming, and the spot will be accompanied by a heavy social media push highlighting the social world within Fortnite. Verizon partnered with Fortnite to create a virtual 5G stadium in the online game and has partnered with a number of NFL players and pro-gamers to stream their experiences in the stadium in the week leading up to the Super Bowl. Players have the chance to win prizes like virtual meet and greets with NFL players.

After running a spot in the Super Bowl for the past six years, Avocados From Mexico is choosing to sit out this year, but that doesn’t mean the brand plans on being quiet on social media. The avocado seller has launched a “Virtual Guac Bowl Stadium” where visitors can enter a $1 sweepstakes by sharing autographs from sportscasters Troy Aikman and Erin Andrews in the experience, or by submitting their own touchdown dance with the #GuacFromMexico hashtag. Visitors can also win $1,000 prizes, avocado gear and get guacamole recipes in the experience.

Fans can access the stadium in three different ways: A QR code from advertising materials in grocery stores, through the brand’s social channels, and at www.guacstadium.com. 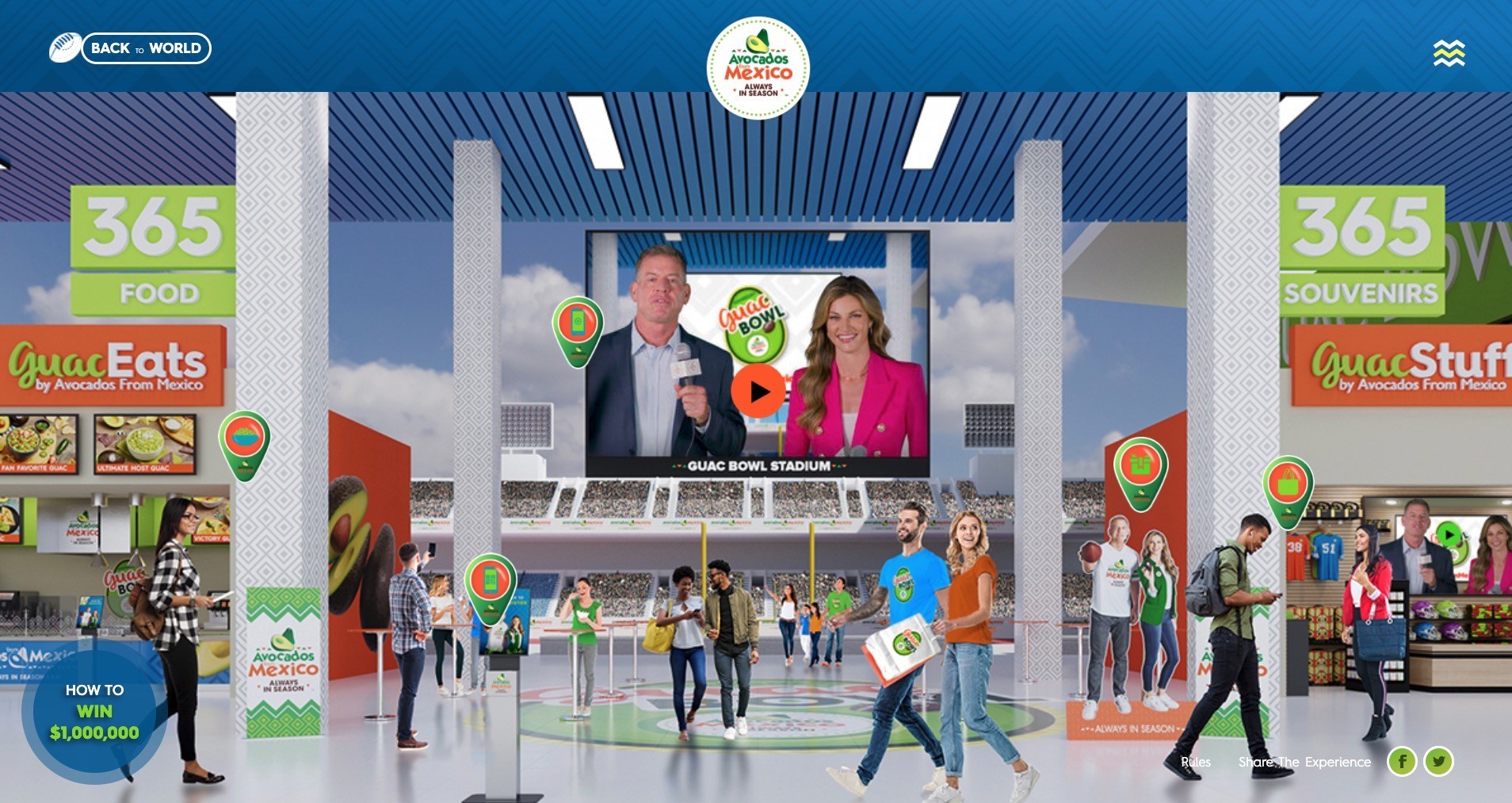 To get people talking on its platform before, during and after Super Bowl, Facebook is partnering with the NFL to offer a bunch of opportunities to involve football fans across Facebook, Messenger and Instagram. On top of curating all Super Bowl content for users with the hashtag #SBLV on Facebook, within Messenger fans will find a variety of Super Bowl stickers and filters that allow them to envision themselves as a Buccaneer or Chief in photos or video calls with friends. On Instagram, Buccaneer tight end Rob Gronkowski can be added to photos and videos with an AR effect called “Spike It.” On Instagram Live, DJ D-Nice is performing a pregame music set and will do a takeover of Instagram’s account on Super Bowl Sunday to show how he’s preparing for the game. 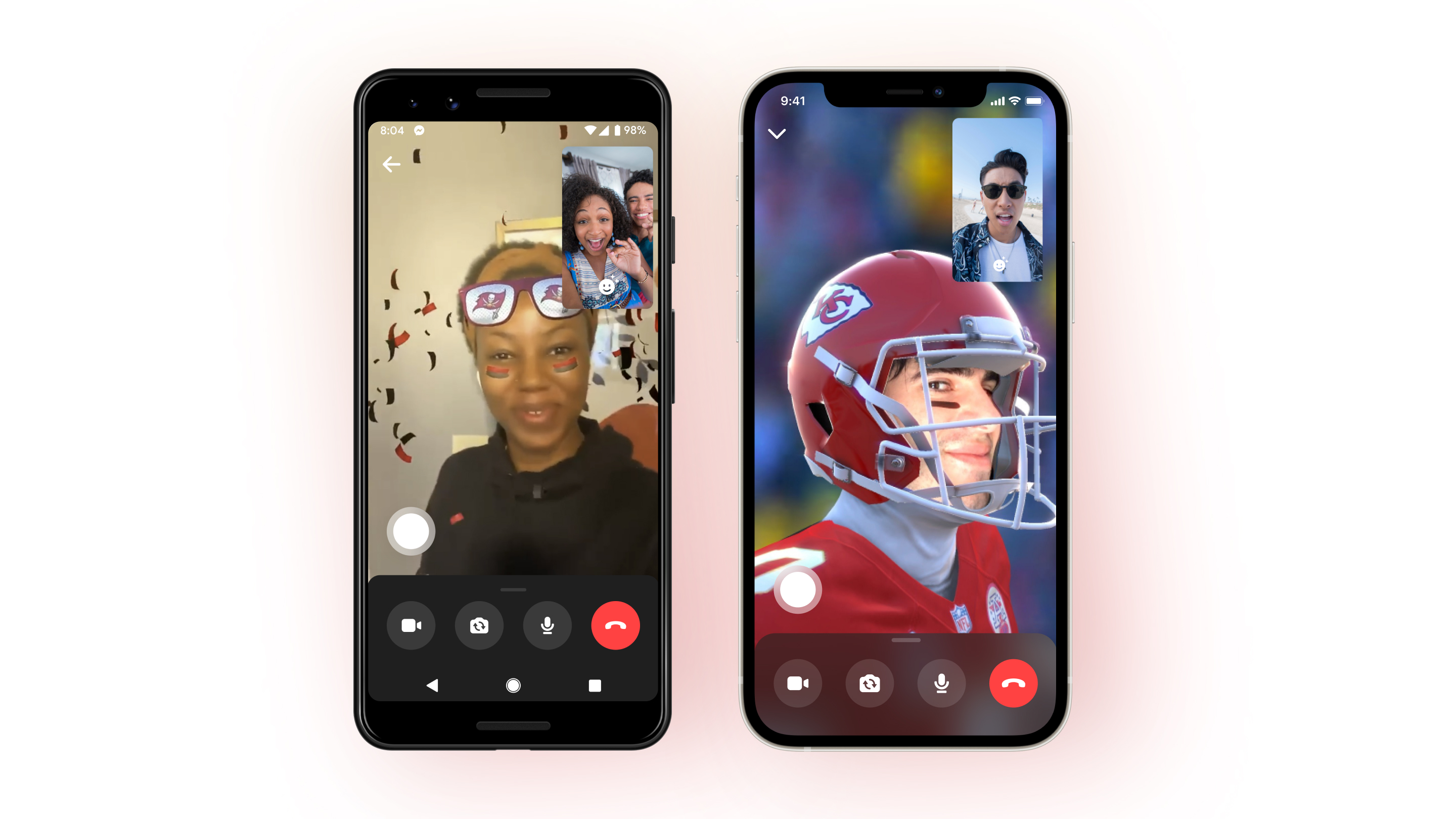 Once again, Twitter is turning users’ tweets into confetti that will rain down on the players at the finale of the game on Sunday. Along with that, Twitter is hosting its regular #BrandBowl competition that honors brands that see the most chatter on Twitter, including a title for the “No-TV touchdown” and the “Most creative play.” The platform has also chosen “Late Night with Seth Myers” comedian Jeff Wright to take over the @TwitterMktg handle during the Super Bowl to give his takes and drive some laughs.

If no one Tweets about your ad during the Big Game, was it really a success?

We're awarding #BestOfTweets to the ads that got people talking the most during Brand Bowl LV. Check out our category lineup below, and stay tuned for the winners on Feb 8. pic.twitter.com/DJqfGdYvbi

Along with being the official sleep and wellness partner of the NFL, which involves supplying all active players with Sleep Number beds, the brand has also partnered with Pro Football Hall of Famer John Randle for its “Comeback” campaign which is running across social and digital channels through Super Bowl weekend. The brand has partnered with Twitter to run pre-roll ads of all NFL highlights shared from the NFL handle through February 8.

On top of that, Sleep Number surprised four healthcare heroes with its Sleep Number 360 smart beds and a trip to the game in a partnership with the Dallas Cowboys.

Watch as @tanklawrence & @CJonesAnderson honor four local @bswhealth healthcare workers with an all-inclusive VIP trip to Super Bowl LV#CowboysNation, join us in thanking these healthcare heroes for their commitment to our community 🙌 @sleepnumber pic.twitter.com/mbNQJ0XSNG

Since Budweiser didn’t make a Super Bowl ad this year, doggie subscription box service BarkBox made one for them—with dogs and squeaky beer toys, although this one is purely a social play. BarkBox calls their in-house creation from Brad (the copywriter) “scrappy” and “zero-budget.” It’s full of Shutterstock images, American flags and “Bark Light” and “Barkweiser” beer plush toys—actual toys that BarkBox partnered with Anheuser-Busch InBev to create in December.

During the game, BarkBox also plans on posting photos of dogs that look like Tom Brady, something that has become quite the tradition for the brand. Last year, BarkBox trolled major advertisers who didn’t include dogs in their commercials.

To complete its “Cut Out” campaign with its first regional Super Bowl ad, Anheuser-Busch-owned canned cocktail brand Cutwater Spirits has a social media component featuring actress Emily Hampshire, known for her role as Stevie Budd on “Schitt’s Creek.” Hampshire appears in a series of social spots promoting the brand’s #CutOutWithCutWater sweepstakes where people could win prizes to make their backyards relaxing getaways.

Longtime “Cut Out” enthusiast @emilyhampshire is all about living in the moment and relaxing hard.

So are you in? Show us! Follow, tag us & use #CutOutWithCutWater + #Sweepstakes w/ a photo of how you plan to “cut out” & you’ll be entered to win the ULTIMATE BACKYARD. pic.twitter.com/UgzYKDRjmL

Can there ever be too much cheese? Texas-based dairy company Borden Cheese worked with Chicago agency Gravity Labs to create a social media stunt around the Super Bowl worthy of the brand’s tagline “Let There Be Cheese.” What came out was a 9 pound wearable hunk of cheese that could be used as a hat. Borden is calling it the “Wearable Wedge.” Although it’s not available for purchase, it makes for fun social content. The brand is also sharing cheese bowl and cheese spread recipes to help people build out their Super Bowl celebrations.

“Advertising for the Super Bowl can be intimidating task when there’s massive money spent. Smaller budgets can be more freeing. And fun. The brief from Borden Cheese was simply to break through and put a smile on people’s face and Gravity Labs did that with the Wearable Wedge,” says Mike Roe, chief creative officer at Gravity Labs.