A look back at Coke and Pepsi Super Bowl hits, from 'Hilltop' to 'Chimps' | Ad Age
Skip to main content
Sign In Register

With the cola giants sidelined this year, here's a review of their Big Game triumphs
READ THIS NEXT
Amp spotlight: Who really won the Super Bowl? 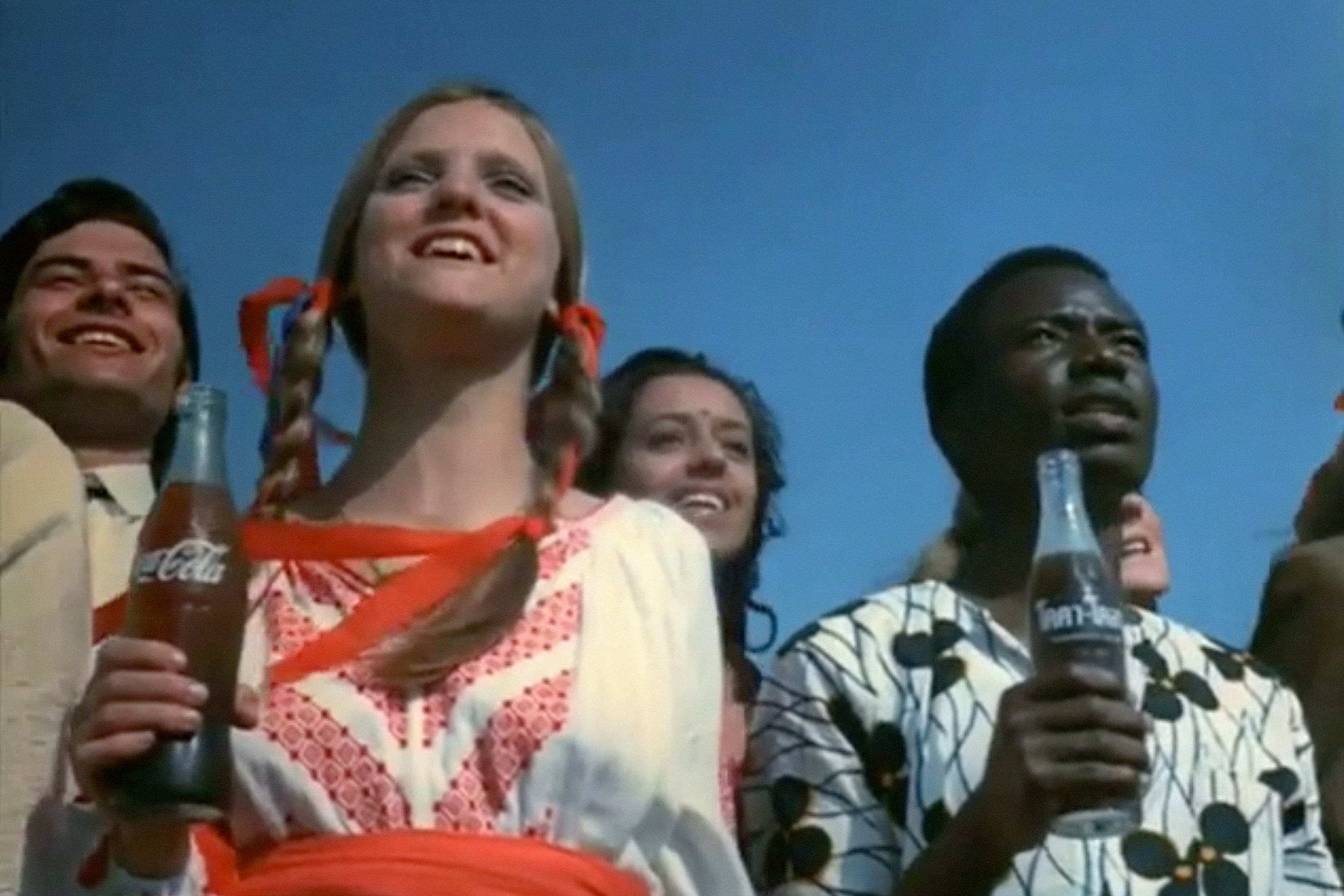 Pepsi and Coke for decades have been as much a part of the Super Bowl experience as chicken wings, beer and complaining about referees. But this year, neither brand will run a stand-alone, in-game ad—marking the first time in 20 years that the nation’s two largest cola brands have both stayed on the sidelines. (More here on their decisions.) There will still be plenty of Pepsi branding tied to its Super Bowl halftime sponsorship—but neither brand will be subject to the highs or lows of an ad hit or flop.

Here, we take a look at some of the Big Game ad triumphs these two marketing stalwarts have delivered over the years. All of these ads, and more, can be found in the Ad Age Super Bowl Archive.

One of the most famous Super Bowl ads of all time was actually a rerun. The classic spot from McCann Erickson—which enjoyed a rebirth in 2015, thanks to “Mad Men”—actually first aired on national TV on July 8, 1971.

This famous Mean Joe Greene ad was also a repeat—it originally aired on “Monday Night Football” in October 1979—but its placement in the Super Bowl made the spot, and its famous line, “Hey kid, catch,” an instant classic, even spawning a made-for-TV movie starring Greene and the then little-known child actor Henry Thomas.

Outside of Michael Jackson, there might not be a more famous Pepsi endorser than Ray Charles, who belted out "You got the right one baby, uh-huh” in this spot directed by the legendary Joy Pytka for Diet Pepsi. (That same year, less than two weeks into Operation Desert Storm, Coke substituted a lighthearted commercial with a more subdued message.)

In 1992, Pepsi debuted one of its all-time classics, “New Can.” The title is deceiving, as the packaging itself doesn’t appear until the end of the spot. Rather, the camera lingers on supermodel Cindy Crawford, who steps out of a sports car to stop at a vending machine and purchase the soda, which she seductively guzzles down. Two boys watching the whole scene marvel at the sight: “Is that a great new Pepsi can or what,” one gasps. The spot, again, was created out of BBDO and directed by Pytka. Pepsi revisited the idea and brought back Crawford for its 2018 Big Game commercial.

From 1994 until 1998, Pepsi was the King of USA Today’s Admeter, earning the top spot five years in a row. The streak began with this ad from BBDO about an anthropological experiment involving chimpanzees and cola. One was given only Pepsi, the other Coke, for a period of six weeks. The latter showed remarkable results, with improved motor skills, while the Pepsi chimp disappeared. Where did he go? He was found out in the real world, frolicking on the beach with a bunch of human females.

At the height of her fame, Britney Spears added to her oeuvre another blockbuster music video—disguised as an Oscars ad. Once again the team of BBDO and Joe Pytka were on board for the extravaganza, which captured the pop star in (and out of) a Pepsi jumpsuit, dancing with her troupe in the brand’s warehouse as she performed the catchy “Joy of Pepsi” jingle (with a cameo from former presidential candidate Bob Dole). Britney then came back for Pepsi during the Big Game, with this tour through decades of Pepsi advertising. Despite her star power, she became a PR problem for the soda when photographers kept catching her drinking Coke.

Coca-Cola ran four different ads this year, two of which stood out as some of the brand’s most well-crafted work of the decade, “Video Game” and “Happiness Factory.” Both were created out of Wieden+Kennedy and both were animated expressions of the brand’s happiness-focused message. “Video Game,” created by W+K’s Portland office, turned the “Grand Theft Auto” premise on its head with a protagonist who goes on a spree of do-gooding. It earned Gold at the Cannes Lions International Festival of Creativity and was directed by Smith & Foulkes via Nexus.

“Happiness Factory,” via W+K Amsterdam, was directed by Psyop and took viewers through the innards of a Coca-Cola vending machine, which turns out to be a wonderland full of adorable creatures who dedicate their lives to filling each can of Coke with plenty of good vibes. It earned Silver at Cannes as well as a 2007 Outstanding Commercial Emmy nomination.

The following year, Coca-Cola and Wieden+Kennedy took a more traditional filmic approach in this charming ad about balloon floats at what appears to be Macy’s Thanksgiving Day Parade. Inflated versions of Stewie from “Family Guy” and Underdog veer off course as they face off over a flying Coke bottle—that is, until another familiar face comes along to steal the show (and the cola). Nicolai Fuglsig of MJZ directed.

Back in 1996, Pepsi made waves with its security camera ad, showing a Coca-Cola driver causing chaos in a bodega because of his very particular cola preference. While the “genre” has long been associated with bad behavior, in 2012, Coca-Cola used security camera footage to highlight the positive in a Argentine ad that compiled scenes of people doing good when others weren’t looking. Set to the pop classic “Give a Little Bit,” performed by writer and composer Roger Hodgson, co-founder of Supertramp, the ad originally ran online and during the 2012 Summer Olympics, but Coca-Cola also ended up airing it in the U.S. during the 2013 Super Bowl. It was conceived by Y&R Argentina Creative Director Martin Mercado and produced out of Landia.

Coke and Wieden+Kennedy drew major attention with this ad, which leaned into America’s melting pot status with “America the Beautiful” sung in English, Spanish, Keres, Tagalog, Hindi, Senegalese French and Hebrew. Conservative pundits criticized it, but Coke stuck with it, running an even longer version during opening ceremonies for the Winter Olympics in Sochi, Russia.

Coke won plaudits from progressives with this ad from Wieden+Kennedy with this poetic spot that broke ground by using the gender-neutral pronoun “them” to refer to a non-binary person. The poem was authored by W+K copywriter Rebecca Wadlinger, a graduate of the University of Houston's PhD program in poetry. “Coca-Cola just told thousands of non-binary people, ‘We see you,’” is how one LGBTQ org put it.

Of course, Pepsi and Coke have not had a monopoly on Super Bowl soda advertising. SodaStream spent considerable energy poking at its rivals in a bid for attention, including in 2013, when it claimed that CBS rejected its ad that negatively depicted Coke and Pepsi, including images of truck drivers clad in clothing with the brands' trademarks on them. The upstart at-home soda-machine seller ended up running this Super Bowl ad instead showing unbranded exploding soda bottles. Five years later, Pepsi bought SodaStream.