McDonald's in its Super Bowl ad is letting everyone know that for two weeks in February it will randomly accept different forms of payment -- like giving someone a hug or calling your mother and telling you loving her.

The chain released a teaser ad on Sunday, which aired during the Pro Bowl, but it did not detail what the new form of payment would be. McDonald's for years has sat out the in-game national buys and instead opted for the pre-game slot. This is the first time it'll be in the big game since 2008.

The chain has had a busy week. In addition to releasing its super bowl ad, it announced that CEO Don Thompson is leaving the company in March. 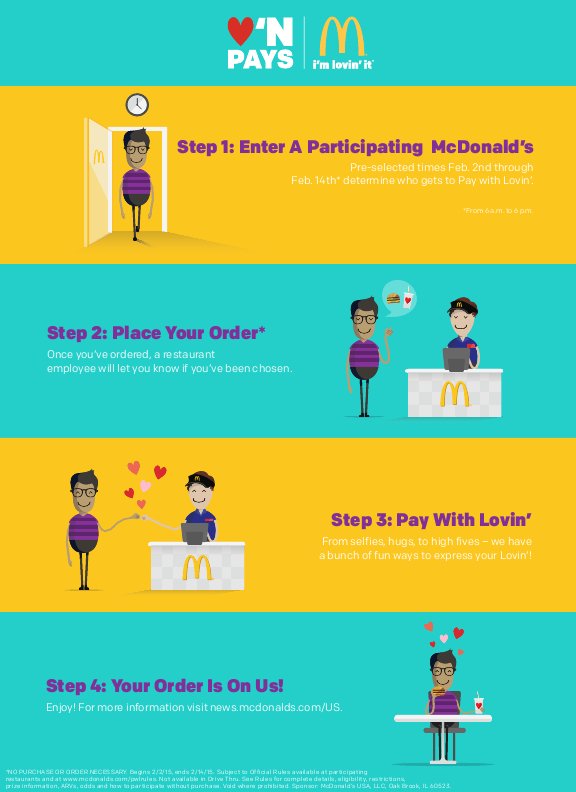